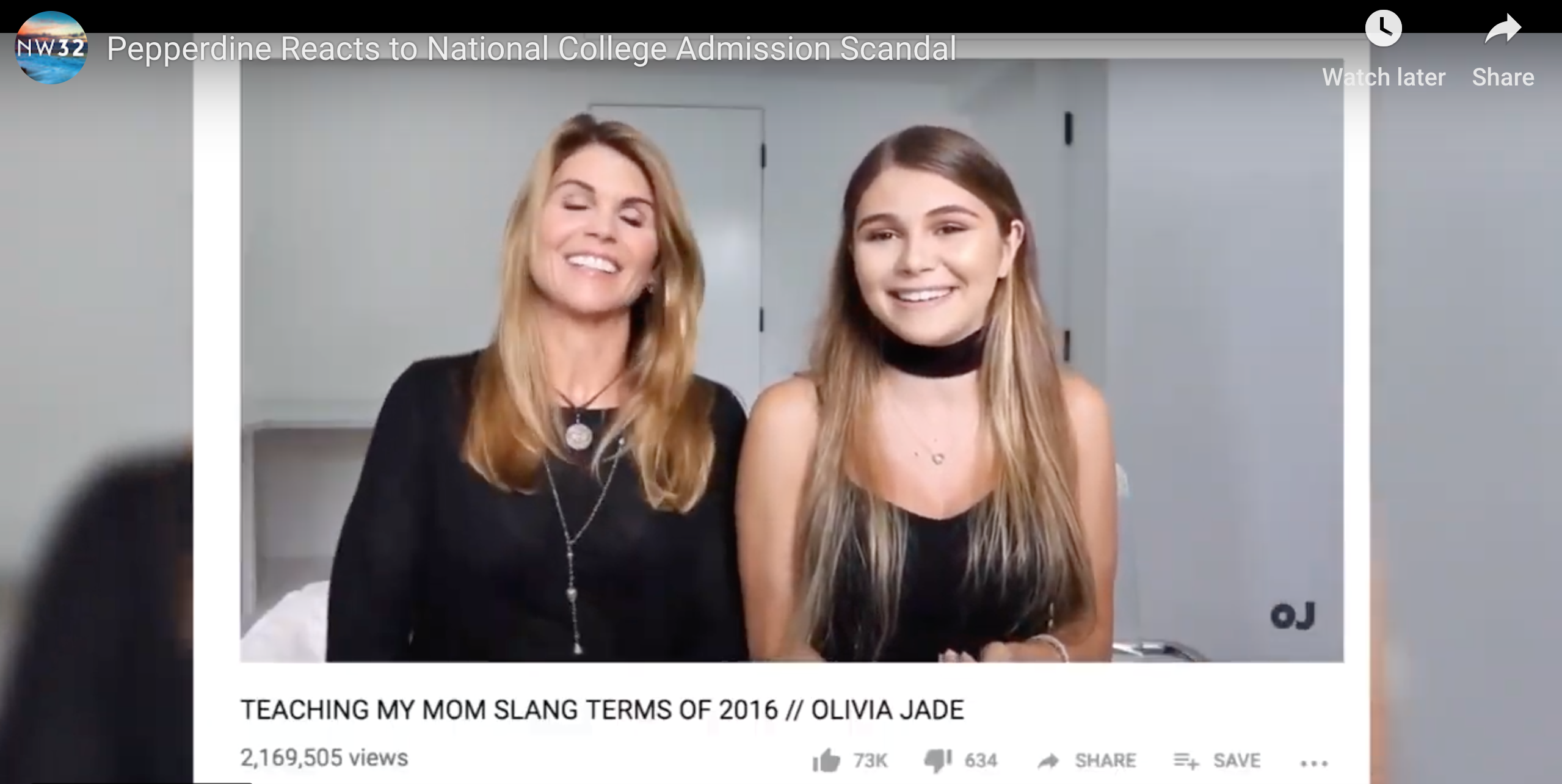 In the nation’s largest-ever college admission scandal, federal prosecutors charged 50 people Tuesday, March 12 for being part of a multimillion-dollar scheme to cheat college admissions standards. The parents, which include high-profile Hollywood celebrities and business leaders, allegedly paid a consultant to forge academic and athletic credentials and arranged bribes to get their children into competitive universities such as USC, Yale, Stanford, and Georgetown.

As the scandal reveals the elaborate lengths members of the elite took to rig admission decisions, college students across the country are reacting with frustration and outrage.

“It’s pretty upsetting to see because I worked really hard to get into Pepperdine and USC is a more competitive school, so it’s really disappointing to see such a prestigious school just let in anyone,” freshman Rachel Stenz said.

The cheating scandal surfaces during prime college acceptance season, raising questions of the merit of admission processes and the reality behind the influence of wealth on higher education.

Pepperdine’s Director of Admission Falone Sera said he has experienced dealing with families of affluence.

“College admission is so different because a lot of families, if they’re from [wealthier backgrounds], their world is ‘what can I do, what can I pay to get what I want?'” Sera said.

Although he has never dealt with a situation specifically, Sera said he is sure parents have tried to bribe Pepperdine.

Nonetheless, Sera reminds students that at end of the day, money get only get you so far.

“We’re talking places like Yale, Penn, Stanford, Georgetown,” Sera said. “If you’re not academically prepared to be at that place, even if you are able to get in because you parent fudged your record, how’s your experience going to be there? How are you going to succeed there?”

The college admission scandal stretches all the way to Calabasas, as a Calabasas father is among the 33 parents charged.

Homayoun Zadeh, a professor of dentistry at USC from Calabasas, agreed to pay $100,000 to a college consultant to bribe a USC coach to help his daughter gain admission. His daughter was admitted as a lacrosse recruit even thought she did not play the sport competitively, according to federal prosecutors.