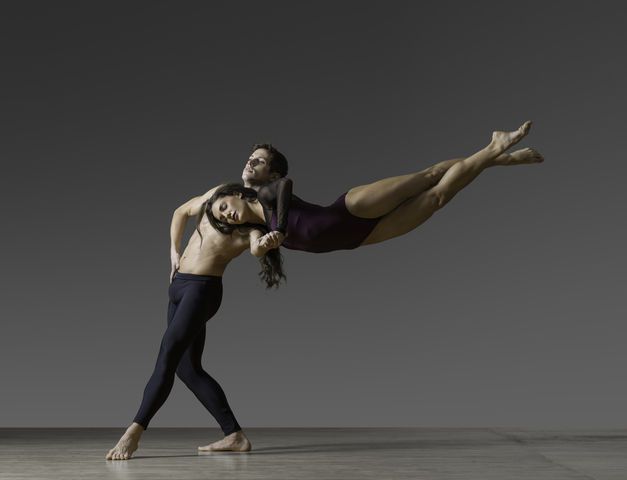 Photos courtesy of the Lisa Smith Wengler Center for the Arts

Parsons Dance, a modern dance troupe, lit up the stage at Smothers Theatre on Oct. 5.

The troupe opened with “Finding Center,” a performance based on a series of paintings by artist Rita Blitt. These pieces were projected as the backdrop while the dancers swayed, their energy almost palpable onstage. As the paintings changed color, so did the tone of the music and the choreography. At some moments, there were as many as six dancers on the stage, other times there was only one couple.

Another of their dances was “Hand Dance,” a whimsical performance in which five dancers’ hands were the only body parts visible in one vertical steam of orange light. They told stories and made patterns with their hands to the rhythm of a country song and the audience laughed at the comedic parts of the dance.

The dancers then performed “Swing Shift,” a barefoot swing dance in which couples constantly replace one dancing with another onstage. The company quickly and effortlessly repeated a process of coming together to dance in a circle, then suddenly breaking apart into smaller groups. The upbeat, fast-paced atmosphere quickly changed into one that was slower and somber as one couple was left alone on the stage, then back to the original, lively beat.

After the intermission, the company performed “Almah,” which began with a single man walking slowly away from the audience. Dancers draped themselves on one another as an accordion held a single note and a violin played slow, resonating notes. Throughout the piece, the dancers reached for one another in an embrace. By the end, they all leaned on each other, stretching toward the audience in slow, languid movements.

A solo piece, “Caught,” was performed by Elena d’Amario. Standing onstage in a white cropped shirt and flowy pants, d’Amaris danced robotically. The combination of strobe lights and her incredible leaps gave the illusion that she was levitating. Jumping between each flash, d’Amario flew across the stage in a straddle jump, the audience cheering before the dance even ended.

The troupe’s final performance was “Nascimento,” a samba-like dance that brought the audience to Rio de Janeiro. Women in loose dresses spun around men in collared shirts and khakis, their feet crossing in the blink of an eye. The dancers matched one another stride for stride, dancing along to the upbeat tempo. The group lifted some of the women and threw them into the air like cheerleaders, the others catching them effortlessly.

David Parsons, the artistic director of Parsons Dance and the choreographer for the troupe, attended the performance and joined his dancers onstage for their bows.

Parsons Dance is performing at several locations this year and clips from their performances can be found on their YouTube account. 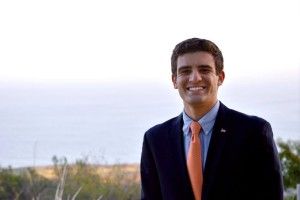 Photo Courtesy of Nick Schifano “I think in certain stages of your life –– being a senior in high school...
Copyright 2013 Jupiter Premium Magazine Theme
Back to top