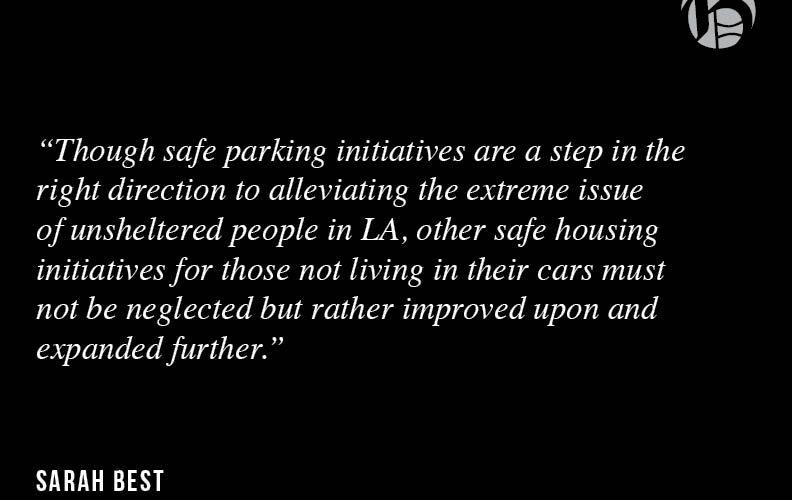 California is one of the leading states in its unsheltered population, and with a significant population in Malibu living out of their cars, they need a safe place to park overnight.

LA County alone — as of September 2021— has over 15,700 people who live and sleep in their vehicles each night. This number makes up 25% of the entire population of unsheltered people in LA County, according to SafeParkingLA.org.

Out of the entire unhoused population in our country, California is home to 47% of them — according to the 2018 Annual Homeless Assessment Report.

Established by Safe Parking LA in 2016, the organization opened nine parking lots by 2019 that provide a safe place for those living in their car to stay overnight, according to its mission statement. Security officers guard these lots, which are free of charge to the 190 vehicles and more than 200 people who park there each night. By the end of 2019, Safe Parking LA provided secure overnight parking for 450 vehicles.

These lots, however, are predominantly located in cities like Hollywood, North Hollywood and Echo Park. Beach communities with significant unsheltered populations, like Malibu, have been left out of such safety and security.

Safe Parking LA is one of four providers of secure and free lots that allow overnight parking for LA’s unhoused population, alongside End Homelessness CA, Community Partners and Volunteers of America. Though these four safe parking groups offer dependable places to stay for locals of Los Angeles, these volunteer groups seldom remember the people who call PCH home.

In Malibu, there are approximately 240 unsheltered people, according to the LA Homeless Services Authority.

Criteria for parking in these lots include having an operational vehicle, not being listed on the National Sex Offender Registry and having a valid driver’s license. After filling out the short vehicle form, workers contact potential users for a phone interview that would direct them to the parking provider most suitable for their needs.

Though those living out of their vehicles in Malibu are welcome to fill out the form and relocate to LA County parking lots if desired, they shouldn’t have to drive from PCH to central LA to obtain a safe place to stay at night.

What if their car doesn’t have the operating capacity to drive that far? What if they’ve experienced being unhoused exclusively in Malibu and have become comfortable or familiar with the area and would rather stay there?

There have to be more safe parking spaces across LA County in cities like Santa Monica and Malibu. With growing concerns of the unsheltered population in these cities specifically, more parking spots would provide a concentrated space for them to dwell rather than being spread out across the community.

Though safe parking initiatives are a step in the right direction to alleviating the extreme issue of unsheltered people in LA, other safe housing initiatives for those not living in their cars must not be neglected but rather improved upon and expanded further.

In 2020, the Los Angeles Homeless Services Authority reported an unhoused population totaling 66,436, a number that’s risen 12.7% from 2019. Rather than simply passing legislation to remove those experiencing homelessness from sensitive areas, city officials should include a plan to provide a secure place for them to stay as well.

This initiative for safe parking and housing for those experiencing unsheltered life in Malibu and Santa Monica would require the community’s advocacy and support for secure lots to be implemented. Inherently, this would grant those in the community who are concerned with the growing number of unsheltered people a greater sense of safety as the unhoused population relocate to secure and controlled lots.

An Open Essay: Abortion and the Holocaust 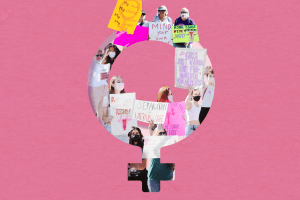 Art by Samantha MillerIt’s a good thing that the 700,000 people who died from COVID-19 weren’t fetuses, or the Pepperdine...
Copyright 2013 Jupiter Premium Magazine Theme
Back to top