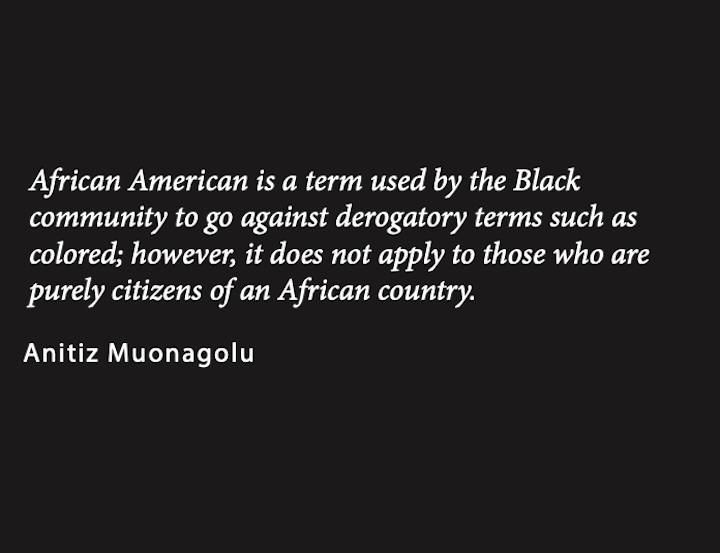 The Black Lives Matter protests are empowering many civilians to stand up to racial injustices even beyond police brutality. The spirit of this movement spread across the nation, and Pepperdine is no exception.

In the midst of what is perhaps a second civil rights movement, Pepperdine’s own president has come under fire for racially insensitive comments and boasting a white savior complex.

Students rallied to share personal instances of blatant racism and microaggressions on campus. The central hub is the Instagram account @blackatpepperdine, which has posted over 250 stories collected from past and present Pepperdine students.

One of the latest posts centers on President Jim Gash, who has done extensive legal work in Uganda. According to the post, Gash joked at a Pepperdine School of Public Policy event — iDebate Rwanda — in September 2018 that he would become an African American by obtaining Ugandan citizenship.

“I’m grateful for the opportunity to share the stage with some fellow East Africans,” Gash said. “I’m actually in the process of getting my citizenship in Uganda. So I will be an African American.”

Statements such as this not only belittle the Black experience and show ignorance on phrases denoting ethnicity, nationality and citizenship but also demonstrate how far Pepperdine has to go in recognizing its poor race relations.

Gash joking that he will be “African American” has been hearsay among students, but it was confirmed this summer when one Twitter user uploaded a recording of the event. The video has since been retweeted 60 times with over 3,000 views.

In an interview with the Graphic, Alumni Debate President Colette Faulkner, who was present at the event two years ago, said those in attendance seemed to be uncomfortably “laughing at him and not with him,” though Dean Pete Peterson seemed to “find it hilarious.”

In a February 2020 interview with the Graphic, Gash acknowledged the then-rumor that he had claimed he “will be an African American.”

“It was an intended clever play on words regarding [pending] citizenship of a country in Africa and a country in North America,” Gash said. “I’ve never claimed to be African American, and I’m not even a citizen [of Uganda] yet.”

President Gash was then interviewed again this August to confirm he did not claim to suggest he will be an African American.

“That is correct. I’ve never claimed to be African American,” Gash said. “[The statement] was in jest — a rhetorical quip.”

The video, however, clearly shows him using the term “African American” and saying “some fellow East Africans.” This suggests Gash is unaware that the term African American represents a culture and not just a Black skin color — neither of which Gash should identify with. African American is a term used by the Black community to go against derogatory terms such as colored; however, it does not apply to those who are purely citizens of an African country.

This rationale makes it seem like those who have no genetic or cultural heritage can join the Black community. Citizenship simply implies that a person holds the rights of a citizen, while ethnicity identifies a culture, as explained in the Graphic opinion piece “Move from Races to Just the Human Race.” So while Gash may be able to vote in future Ugandan elections, he is unable to experience the harmful inequality that comes with the title of African American.

What steps can Gash and the Pepperdine community make to correct this wrong? First, he should formally apologize for what he said, list all the times he said it and take action to provide reparations.

President Gash did try to address his comments in his Aug 11 presidential briefing; however, it mainly focused on his desire for others to understand the intent of his words rather than the impact it had on the Black community. Additionally, he gave no apology.

If Gash is truly saddened by the racial hurt caused by his actions, he would accept humility and apologize instead of defending himself. As a university figurehead, he needs to be cautious of how he addresses this incident — and understandably so — but a simple explanation is not enough.

Furthermore, it’s past time to implement outward change throughout the Pepperdine community.

For example, the new President Action Advisory Team (PAAT) is in the process of creating a Chief Diversity Officer position at the administrative level, which is a step in the right direction. Moreover, the PAAT is reviewing and prioritizing suggestions for University improvements, ranging from “curriculum to training ideas to hiring practices and so on,” said Vice President of Student Affairs and PAAT Member Connie Horton in an interview with the Graphic.

If President Gash — and more important, Pepperdine — wants to correct any injustices toward BIPOC, then it’s time to begin continuous action to improve race relations and remember to not “speak before thinking through the consequences of that or how its interpreted,” as President Gash said in an interview with the Graphic.