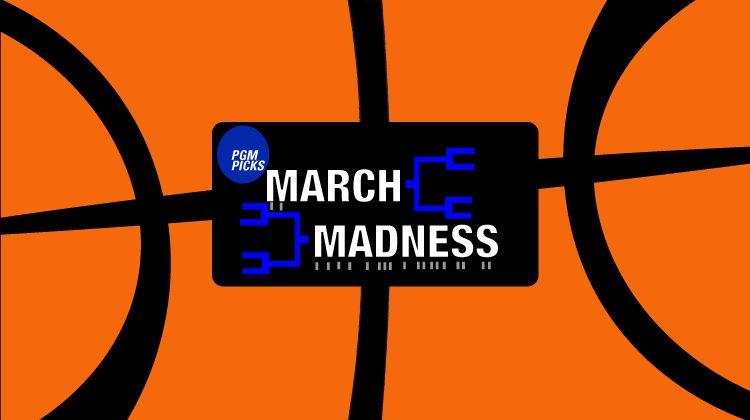 Schoolwork is piling up. The weather is either too hot or too cold. To top it all off, my March Madness bracket is hopelessly, irredeemably busted.

The 2022 NCAA Division I Men’s and Women’s Basketball tournaments kicked off March 15 and 16, respectively. These two annual tournaments put the best 68 teams in college basketball through the crucible of tough competition, intense media pressure and one very large, scary-looking bracket.

Given the ever-tumultuous nature of March Madness, that’s hardly surprising. In the Women’s draw, No. 10 Creighton scrapped their way to a place in the Elite Eight and No. 10 South Dakota won their first two games.

On the Men’s side, No. 2 Kentucky lost in the first round, No. 10 Miami won three games and No. 1 Gonzaga crumbled under the weight of being tournament favorites, dropping out in the Sweet Sixteen. Oh, and No. 15 Saint Peter’s made it all the way to the Elite Eight. It’s a crazy world we live in.

In the Women’s tournament, three No. 1 seeds roll into the Final Four in Minneapolis. No. 2 Connecticut join top seeds South Carolina, Louisville and Stanford, but won’t feel out of place given their record-setting 11 tournament wins.

Meanwhile, the Men’s teams go to New Orleans. Duke Head Coach Mike Krzyzewski leads his team against their bitter ACC rivals UNC in what could be the last game of his coaching career. Kansas, the only No. 1 seed left, battles Villanova in another clash of prior-tournament champions.

Obviously, I saw absolutely none of this coming. But, I could not live with my own failure. So, I grabbed five people from the PGM newsroom and forced them to pick both tournaments’ Final Fours with me.

After all, it’s just two games in each bracket. How hard could it be?

“South Carolina is slated as the tournament’s favorite. The team has a strong defense and junior forward Aliyah Boston is ESPN’s top-ranked player. Also, Louisville and Stanford have the same mascot name, which is boring, and because I have Stanford going all the way, Louisville will need to take a step back.” — Sam

“In the first round of this tournament, South Carolina beat Howard 79-21. That is not a typo. Beating a team by 58 points earns you a trip to the final in my book.” — Alec

“Hailey Van Lith is a baller. In tournament games, she’s averaging 18.8 points and has shown up in big games. To see Hailey Van Lith face off against Paige Bueckers in the championship match would be something special. They’re both former McDonald’s All-Americans and this could be a potential rivalry for years to come.” — Jerry

“I’ll go for Louisville because their undefeated volleyball team lost in the semifinal round of the national tournament. Also, there can’t be another USC.” — Ali

“The Gamecocks are physical and imposing, and their defense will carry them to the natty.” — Karl

“Louisville being a number one seed doesn’t make them any less of an underdog. They have four final four appearances and zero championships. It would make a beautiful story to see them make it to the final.” — Tea

“I personally dislike the entire state of Connecticut and its terrible traffic lights that are each five minutes long. For this reason, I am picking Stanford.” — Sam

“The last time Connecticut was not in the Final Four, George Bush was president. Connecticut has gone 56-0 through the first four rounds of the tournament since 2007. That is, to put it mildly, a mind-blowingly historic achievement. They know what it means to win at this level, and they are certainly good enough to add to their extensive trophy cabinet this season.” — Alec

“If you haven’t been paying attention to women’s basketball –– you have one reason to do so now. Her name is Paige Bueckers, known as Paige Buckets. Her one job on the court is to live up to her nickname –– getting buckets. Averaging a little over 14.7 points and 4.0 assists, the Minnesota native has been leading UConn to the top of the mountain once again.” — Jerry

“Although I do like having a tree as a mascot, I will have to go for the Huskies. Their team is unmatched, and huskies are my favorite dog breed. This is for you, Nakita.” — Ali

“Stanford is stacked — Fran Belibi (she can dunk), Cameron Brink and Haley Jones are stars, and Hannah Jump is absolutely lethal from beyond the arc.” — Karl

“Is Stanford looking to catch their second W for the second straight year? Definitely so. Sorry, Huskies.” — Tea

“They say the hardest choices require the strongest wills. Luckily for me, this choice is anything but difficult. Despite the lack of big ticket names, Villanova’s been advancing with a steady inevitability — like a Wildcat on the hunt. Also, I’m from the East Coast. This is straight bias. I could sit here and add some stats, but at the end of the day, I don’t care about the facts, I don’t care about the rankings, I am going by my opinion and my opinion alone — Wildcats all the way.” — Sam

“In 2016, Villanova gave us one of the most iconic moments in sports history. I’m still riding the high of watching that Kris Jenkins 3-pointer drop through the net as time expired. Villanova! Phenomenal!” — Alec

“To count out any Villanova team in the tournament is foolish. Villanova products always end up solid players in the NBA. Players like Josh Hart and Donte Divencenzo are already performing on the big stage. Jay Wright has built a solid culture and foundation for his players to succeed –– and it’s foolish to count them out.” — Jerry

“Finally, a reason to be proud to be from Kansas. Look that little happy Jayhawk in the face and tell me you don’t want him to win. You can’t. Beware the Phog!” — Ali

“The Wildcats do it all — shoot, defend, hit free throws and take care of the ball. Plus, it’s an upset on paper, and who doesn’t love an upset?” — Karl

“According to my bracket, both of these teams were not supposed to make it this far. May the best team (Villanova) win.” — Tea

“These teams seem pretty well matched, splitting their games this season. Eight miles apart, this game has more than just tournament advancement on the line — these teams are fighting for bragging rights. I think Duke will edge out UNC for the following reasons: first of all, their mascot’s name is cooler. Second of all, their school’s name is cooler. Finally, UNC beat Duke at their past home game. While that might signal that UNC is the better team, I’m betting on a comeback.” — Sam

“I’d pick UNC against anyone else left in this tournament, but this Duke team is loaded with weapons. Paolo Banchero is a scoring machine. Mark Williams is a menace in the paint. When these teams met on March 5 in the final game of the regular season, Banchero and co. seemed unable to handle the pressure of Coach K’s last season. Two weeks into the tournament, that no longer appears to be the case.” — Alec

“What better story would there be than Coach K winning it all as he rides into the sunset? Duke is loaded and has been playing amazing basketball all year long. This year –– they’re not as loaded in terms of star power as they used to be –– but maybe that’s a good thing. The team of Zion Williamson, RJ Barrett and Cam Reddish folded during the tournament based on heavy expectations. Now, Duke has been quietly putting in work this year.” — Jerry

“I’m UNC to be contrarian, because March Madness isn’t supposed to make sense, and because I think it would be hilarious if Coach K’s party was spoiled by his biggest rival. Plus, Armando Bacot is a beast.” — Karl

“Betting on UNC is something I never thought I would do, but here we are at the Final Four. I am proud to say UNC is my pick to win it all this year. Every player is doing extremely well, especially Caleb Love. I know Duke has history, and it’s the last season for coach Mike Krzyzewski, but I believe North Carolina can pull through and continue upsetting many brackets that do not include mine.” — Tea