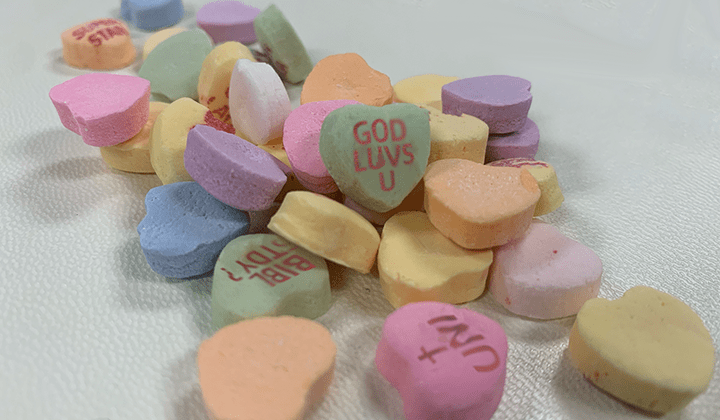 As the first month of 2022 comes to a close, couples count down the days until they can celebrate Valentine’s Day. For singles, the holiday continues to creep up on the calendar.

Considering 131 million people exchange Valentine’s Day cards every year, greeting card companies — alongside flower shops, chocolatiers and so forth — take full advantage of the business opportunities offered for Feb. 14. However, individuals — especially those who attend a religious institution like Pepperdine — may have conflicting feelings concerning the denotations of the romantic holiday.

Some historians argue that Valentine’s Day originates from the pagan holiday of Lupercalia, a fertility feast dating back to the 6th century, dedicated to the Roman god of agriculture, Faunus. The celebration would take place on the ides of February — Feb. 15 — and was heavily protested by Christians until the end of the fifth century. In an attempt to overpower the unholy pagan tradition, the Pope established Feb. 14, as St. Valentine’s Day.

Despite detail inconsistencies concerning St. Valentine, most sources refer to him a martyr who converted others to Christianity during times of religious persecution and promoted courtly love. Though cemented in religious context, some Christians may refuse to accept the holiday due to today’s focus on lust and pleasure rather than love.

Similarly, those from a background of faith argue that the day celebrates pagan rituals. It’s understandable that the holiday has seemingly corrupt origins, thus setting a rather sinister background for a holiday that is supposedly about love.

Despite some less than holy history, people can celebrate holidays for a multitude of reasons, and there is no one way to perceive the day of love. Ultimately it’s about what the day signifies to you and who you surround yourself with.

After all, some students will be looking forward to receiving bouquets, rich boxes of chocolate and sweet Valentines from their significant others and compassionate friends. But for some of the more cynical singles — nothing wrong with it — Feb. 14, is just the day after the 13 and is just another Monday. It’s OK for it to mean everything to one person and nothing at all to someone else.

Most religious institutions are tolerant of all celebrations, the Bible defends love, which is really what Valentine’s Day is all about.

“And now these three remain: faith, hope and love. But the greatest of these is love,” according to Corinithians 13:13.

However, the holiday may also be controversial for individuals who want to take into account ethical consumption. Valentine’s Day facilitates economic flow, and considering the fact that the U.S. spent roughly $20.7 billion dollars on the holiday in 2019, manufacturing for the holiday leaves quite the carbon footprint.

Dubious consumers understand Valentine’s Day to be a Hallmark holiday that exists “primarily for commercial purposes, rather than to commemorate a traditionally or historically significant event.” Others advocate for greeting cards, with the gift of a handwritten letter from someone you love honestly being one of the most sentimental displays of affection available in 2022.

Students are welcome to accept the day with open arms while spreading love to friends, family and significant others. Pepperdine encourages students to treat Valentine’s Day like any other day. While there should be acceptance, there should also be toleration of other beliefs.

Valentine’s Day should be left up to the interpretation of the individual. Though the holiday has an unreliable backstory, individuals have the right to pose whatever opinion they have concerning the holiday.