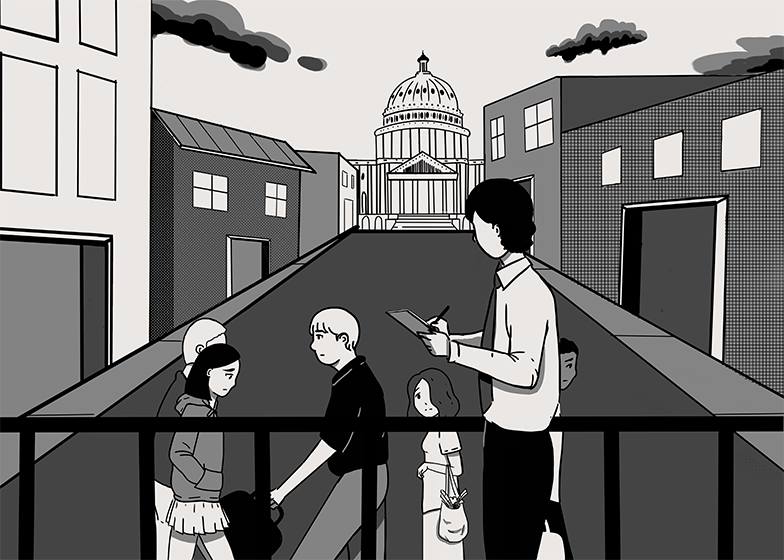 Many say 2020 was a year full of misinformation and disinformation. With the evolution of journalism, the monetization of media is perhaps one of the main reasons why there is a lot of inaccurate information on the internet.

One of a journalist’s main duties is to hold those in power accountable. Investigative journalism, such as the coverage of the Watergate scandal, is an example of watchdog journalists using their platforms to call out actions deemed problematic.

Traditionally, watchdogs refer to investigative journalists who gather information by interviewing sources, reviewing articles and conducting research for months and sometimes years to deeply investigate an incident or an institution. Watchdog reporters usually report on the wrongdoings of people in power. They deliver that news to the public for accountability. By exposing those in power, such as government officials and celebrities, the public is better informed about what is going on in their communities.

Ideally, journalists reveal the controversial actions of democratically elected officials to protect the citizens from their vexed actions — and essentially to keep democracy alive. This is a privilege reporters have in a democratic republic like the United States. In addition, the constitutional protection of a free press grants rights to journalists to report on these topics and monitor the government.

Today, anyone can be on the lookout by simply sharing information online. For better or worse, the internet has allowed many to easily gather information about public figures. In addition, social media allows ordinary people to become paparazzi, as they can easily take a picture and share it just by simply tapping a button.

Some take this too far by stalking public figures, trying to find scoops at any cost. A famous example of this is portrayed through Britney Spears‘ documentary, “Framing Brtiney Spears,” where she reveals her struggles with paparazzi during her earlier career.

Despite the evident harm caused by such immoral coverage, people like paparazzi continue to engage in uncovering celebrity scandals because their motivation perhaps goes beyond accountability to citizens. Most of the time, their motivation comes from the notion of monetization.

When money becomes the priority, some of the content online lacks factual accuracy. In the age of social media, consumers must be careful with how they interact with content online, especially when the content challenges public figures.

Professional watchdog journalists typically have education or experience in the area of journalism and knowledge in ethical practices and legal considerations. On the other hand, those who solely focus on creating sensational pieces tend to lack the ethical aspect of journalism in their reporting.

It should be noted that, to a certain extent, all content on the internet is monetized. What differentiates between a site like latimes.com and thedirty.com comes down to whether they respect ethical journalism or not. The Society of Professional Journalists Code of Ethics can indicate if a website contains quality journalism or content just for money.

With an intent to monetize content, people have begun to generate clickbait.

Clickbait is content created specifically to gain “clicks.” From videos to infographics and interviews, anything on the internet can become clickbait. Often, clickbait websites contain misleading information that is purposely created for the sake of clicks. For people with a lack of news literacy, these websites can be dangerous as they feed misinformation.

Jon Pfeiffer, communication professor and entertainment lawyer, said there are many clickbait websites because they generate a lot of ad revenue.

While investigative journalism is time-consuming and requires monetary investments, clickbait requires neither.

People must understand the difference between legitimate pieces of journalism and monetized content that is oftentimes inaccurate. Since anyone can be a journalist today, setting a clear boundary between the two is very important.

To evaluate ways to maintain appropriate control over watchdog journalism, there are two approaches to help understand how consumers can become more news literate.

First, consumers need to be mindful of the definition of journalism and its legalities, such as libel laws. In a case where the exposed content has a malicious intent to negatively affect the targeted public figure’s image, the creators responsible should be charged with defamation.

Second, consumers should be aware of who is considered a public figure and who is not.

Nowadays, anyone can self-describe themselves as a “public figure” on social media. These public figures influence their audience, and therefore they are typically referred to as “influencers.” While someone like Charli D’Amelio is an example of a successful social media influencer, there are also nano influencers — those with between 1,000 to 10,000 followers on social media.

“If there is income involved with your social media activity, then you should be considered a social media influencer,” Public Relations Professor Klive Oh said.

Since essentially anyone can generate money on social media, there is no legitimate border that separates well-known celebrities from self-proclaimed public figures. Although the size of their influence may be different, having this knowledge can help consumers understand more about defamation and libel cases and how trumped-up stories can damage an individual permanently.

For reporters who are hungry for money, almost every news event is a chance for them to create clickbait content, often involving misinformation. For this reason, it is crucial for the audience to acknowledge that some of these unsupported claims can be manipulative and create division.

It is time we, as consumers, start realizing how news literacy can help eradicate misleading information that defames an individual. Perhaps the ability to determine factual accuracy and human decency are two of the elements that people need today.