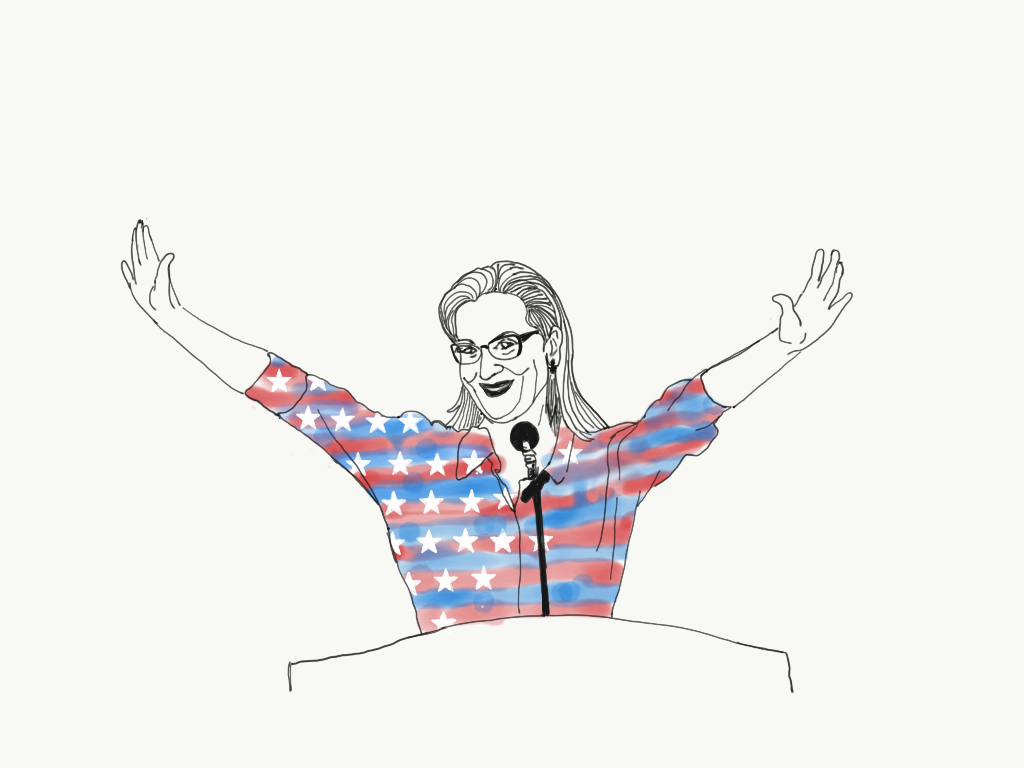 Actress Meryl Streep’s acceptance speech at the Golden Globes for the Cecil B. DeMille Award was a poignant defense of Hollywood and an articulate attack on President-Elect Donald Trump. Nearly everyone in the audience nodded in agreement, as did many of those who actually take the time to watch the Golden Globes. After, celebrities and viewers took to Twitter to sing Streep’s praises and tout the speech as “epic and powerful.” This, however, is just the issue: Streep’s speech was neither epic nor powerful. It was yet another bitter reminder of why Trump won.

Trump may not have won the popular vote, but 62,979,879 Americans still voted for him. There are some among that number who are enthusiastic, die-hard Trump supporters. They attended his rallies, reveled in his rhetoric and felt like there was finally someone in politics who understood them. There are also those who, as tried-and-true conservative Republicans, reluctantly gave him their vote. These two groups are drastically different. One rallied behind the extremist rhetoric of a leader who, they believed, represented their needs and way of life. The other held onto a set of policies and beliefs that could survive through the symbol of Republican leadership.

This is certainly oversimplified, but the majority of Trump voters voted Republican either because of or in spite of Trump. What unites these two groups, however, is that they both voted against Democratic Nominee Hillary Clinton and the kind of liberal elitism that she embodies.

But liberal elitism failed, horribly, in 2016. Wealthy, powerful liberals were so disconnected from the working-class, particularly the White working-class, voter that they believed a Trump win was impossible, as Conor Lynch examines in “Neoliberalism’s Epic Fail” published on Nov. 19, 2016, on Salon. This ignorance, in addition to Clinton vilifying them as a “basket of deplorables,” cemented the White, blue-collar support for Trump. He received 67 percent of votes from Whites without a college degree. Clinton and the Democratic Party never attempted to communicate with or understand this newly emerging political force, and it cost them the White House.

I say all this to show the danger of worshipping Streep’s speech. She had every right to say whatever she wanted, and I actually agree with much of what she had to say. But she made all the same mistakes of liberal elitism that cost Clinton the election.

She continued to ostracize Trump voters from liberal values by telling a room full of the nation’s wealthiest, most influential that they are vilified “foreigners and outsiders” and without them, “you’ll have nothing to watch but football and mixed martial arts …” What Streep and the liberal elite don’t understand is that many Americans would be completely fine with that. Her comment was condescending and lacked any attempt to understand those who think differently from her. Apparently, it’s completely fine in Hollywood to be a foreigner or outsider, as long as you voted Democrat.

Tensions in this country will continue to build until someone steps out of the safety-zone of agreement and listen to those they disagree with. I say this as a reminder to myself, as well. I am scared of the Trump presidency.

I think he’s one of the worst things to happen to this country, but continuing to clutch my fair-trade pearls in disgust of those who support him will not help mend our country. It’s time for humility, listening and understanding. Those in Hollywood, with one of the most powerful platforms in our country, have the opportunity to lead the way.