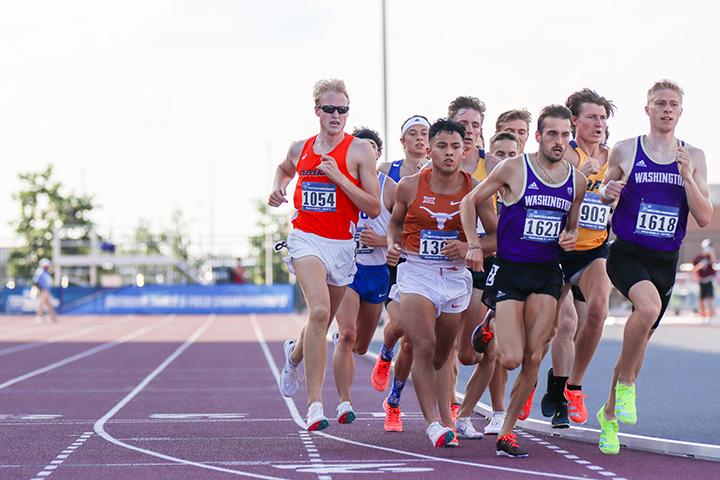 Junior Karl Winter, digital editor for the Graphic, is the first Pepperdine track athlete to run in the NCAA West Regional Preliminary on May 26. Winter ran the men’s 1500m, with a time of 3:48.71. Photo Courtesy of Kyle Cajero

For the first time in Pepperdine history, a Pepperdine athlete has run at the NCAA track West Regional Preliminary. Junior Karl Winter, digital editor for the Graphic, qualified with a time of 3:40.58 in the men’s 1500-meter run on April 17.

“I knew that my teammates were behind me and the athletic department in the school was behind me, so it was nice to get all of that support from people that were both, you know, excited to see how I did but also just proud of how far I made it,” Winter said.

Winter said he was surprised and excited when he ran 3:40, qualifying for the preliminary.

“I thought at this point I was just playing with house money, and seeing how far I can make it, if I could make it to the next round or make it to Nationals, which didn’t end up happening, it wasn’t my day today,” Winter said. “But it’s just exciting to be here and get the experience of running against this quality of runners.”

“I came in expecting to make it to Friday and just putting myself up near the front, establishing myself in the race, trying to win the heat because I knew that being top five, I couldn’t just race for fifth — I needed to race for first,” Winter said. “I tried to make a couple of moves for the front and I just didn’t end up having it on the last lap, so that was disappointing.”

The results of the race, Winter said, came down to the strategy of each individual runner, rather than the runner’s personal records.

“It’s any guy’s race, so you have to be on your A game that day, and you have to be able to establish yourself near the front of the race and make the right moves, and so I had never been in kind of a tactical, preliminary race like this,” Winter said.

Qualifying for the West Regional Preliminary in the 1500 or 5000-meter run, Winter said, was a longshot goal at the beginning of the season. After running a time of 3:45 in the 1500m, Winter said it became a possibility.

“I think next year I’ll have more of an expectation of getting here, and figuring out how to get beyond it, but this year it’s just exciting to be here and get the experience here and if I had made it further that would have been a bonus,” Winter said.

From the experience gained on this race, Winter said he will work on speed and strength training, and will focus on becoming comfortable with the strategy of running in a pack and having a stronger kick at the end.

Amanda Kurtz, associate director of Athletics and Compliance, and the senior woman administrator and interim track coach said she worked on keeping Winter organized and ready for the race.

“All the credit goes to Karl,” Kurtz said. “He’s the one that did all of it. He had the goals in mind and really focused and said it.”

The track team, Kurtz said, is excited for Coach Lauren Floris to begin next month, and she is hopeful this event drives the team to continue improving.

“It was a difficult result today but I think in general this season for myself and for my teammates was a step in the right direction for the program and hopefully it’ll just give us some momentum into next year and we’ll have plenty more people qualifying for this meet,” Winter said.

Kurtz said she is proud of how hard Winter and the other athletes worked this season, in the midst of COVID-19 and staffing changes.

Not being able to run last year due to COVID-19, Winter said, motivated the track team to bring their all to every race.

“We just had to take advantage of the opportunities that we had and I think that we did that, and everyone was antsy to race after an entire year off and when we got those opportunities we ran well,” Winter said. 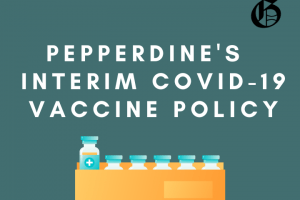 Pepperdine created a second draft of its COVID-19 Vaccine Policy, which would require students to be vaccinated before attending...
Copyright 2013 Jupiter Premium Magazine Theme
Back to top