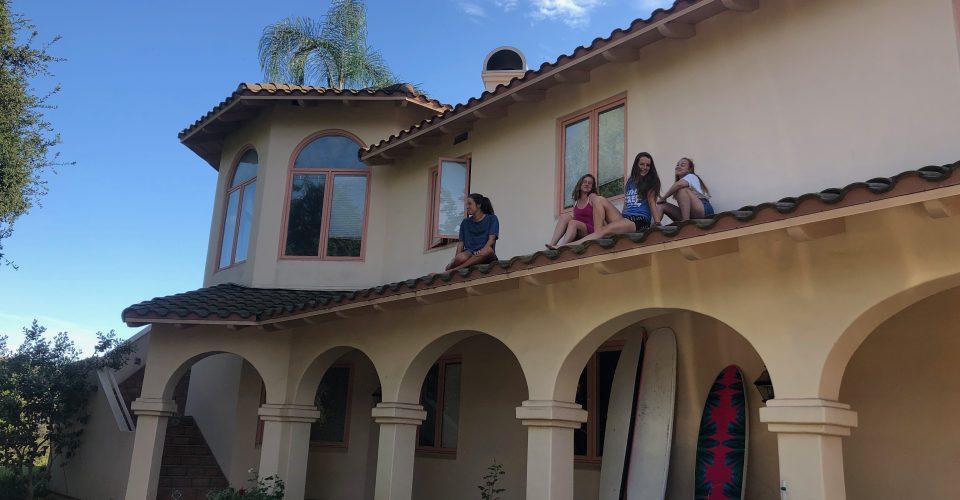 Four students sit on the roof of their off-campus housing at Calamigos Ranch.

When campus closed two weeks ago, on-campus students packed boxes to return to their permanent residences. Meanwhile, those who live off campus mulled over a choice they had to make: stay in their apartments — and confront the uncertainty of travel restrictions, dwindling resources and LA’s health care system — or return home to their families and pay dead rent for the remaining months of their leases.

For Brittany Bryant, a senior who lives in Calamigos Ranch in Malibu, the decision came down to another factor: the potential for her to spread the disease to her mother, who has health complications.

“I definitely weighed in that I would like to be with my family,” Bryant said, “but I also knew that being around a bunch of 20-year-olds, staying healthy here and minimizing travel is probably safer.”

Bryant lives in a house of about 20 students, colloquially called “The Big House.” Most of the students decided to stay throughout the quarantine and even offered floor space for some on-campus refugees who wanted to stay in the area. 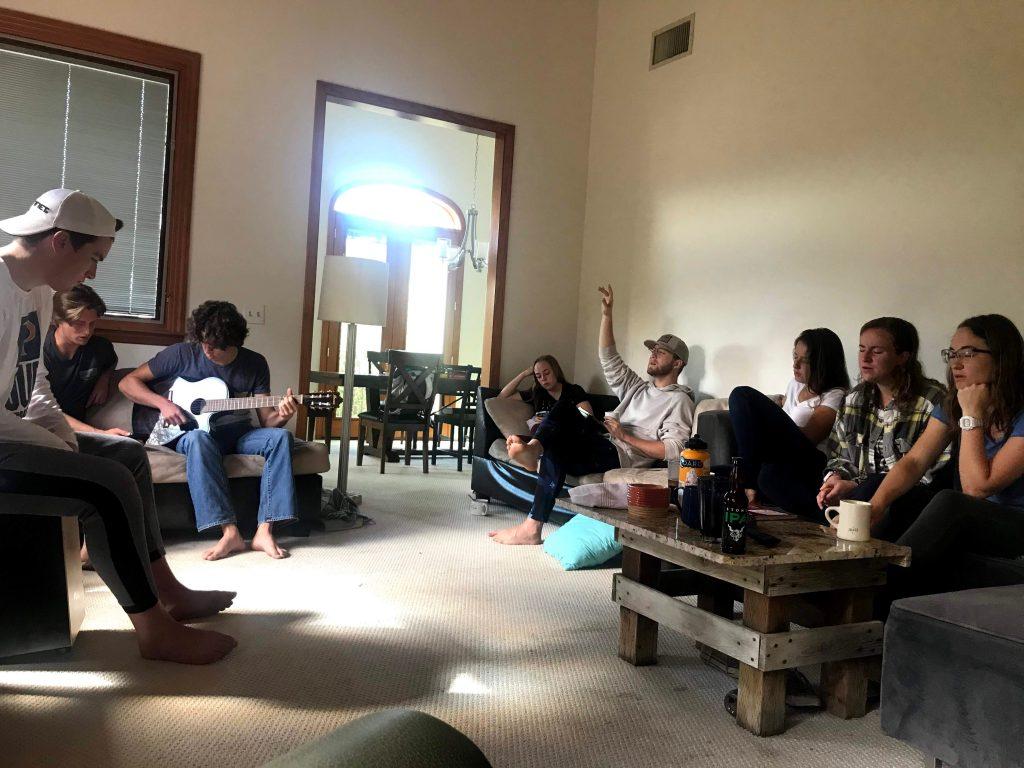 Early on into their quarantine, however, Bryant realized their system wasn’t sustainable.

“If one person was quarantining in the house, but then they shared a kitchen with someone who had just gone surfing with some people and not kept six feet apart, then that quarantine was for nothing,” Bryant said.

This prompted Bryant to initiate a discussion with ranch members about enacting safety precautions. In a ranch-wide meeting Saturday, they collectively set ground rules, including limiting the amount of time occupants spend in public gatherings outside the property, as well as putting a cap on the number of guests visiting the ranch.

Junior Jordan Stratton, another student who lives at Calamigos, said being in quarantine with the group felt like the safest option he had.

“I wouldn’t go home until after the quarantine is up because I wouldn’t want to put my family at any greater risk,” Stratton said. “I knew that as a house, we were taking good precautions here to make sure that we didn’t expose ourselves unnecessarily.” 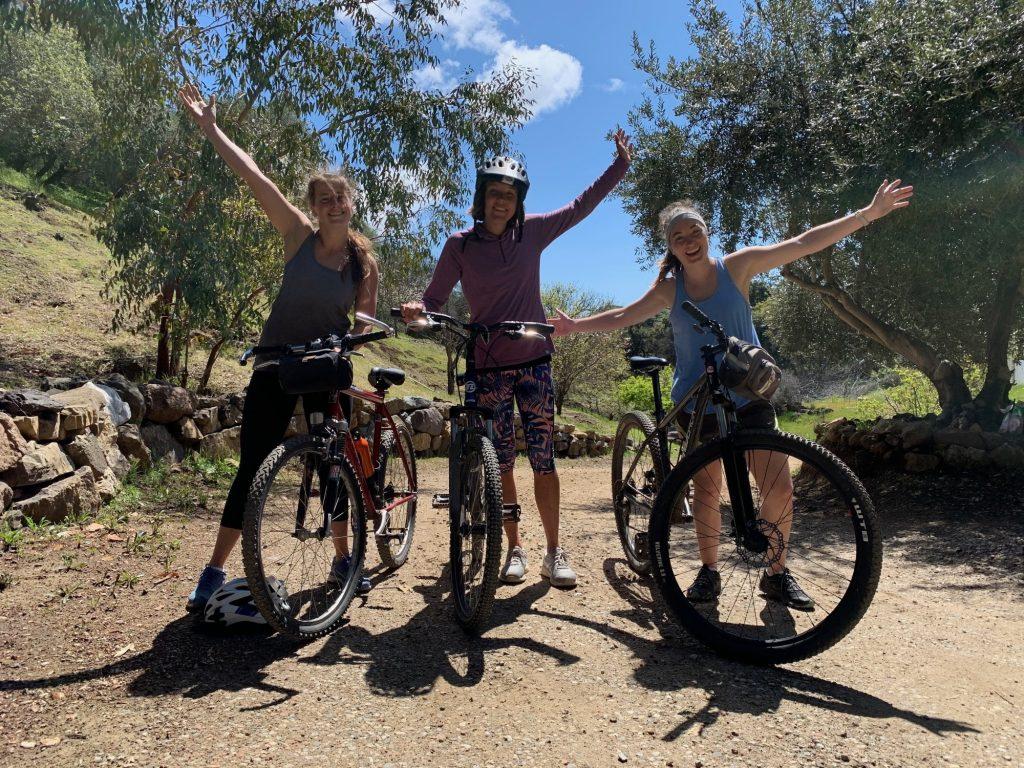 Off-campus seniors Grace Palmer, Cori Persinger and Kelsey Harmon, who are quarantining together, bike on a trail near Calamigos Ranch during campus closure.

Stratton, a Type-1 diabetic, is at greater risk of health complications in the event of contracting the virus. He said the group’s safety precautions gave him better peace of mind.

“Also just being here, having activities to do, having people to be with — it’s a lot better for my mental health than just sitting alone at home trying to crank out online classes,” Stratton said.

Stratton and Bryant both said a major factor in their decision-making was a fear of wasting the rent they had paid for the semester, which is non-refundable.

Last Thursday, the situation in California got more urgent when Gov. Gavin Newsom issued a statewide stay-at-home order. For out-of-state students like India Ingersoll, whose family lives in Washington, D.C., the order was a canary-in-the-coal-mine for impending difficulties with travel.

“All of my roommates are from California, so they can drive home at least,” Ingersoll said. “My thought process was: If everything gets shut down for who-knows-how-long, and I live a five-hour plane ride away, I probably would like to deal with this in my own house with my family.”

Ingersoll was also concerned with Malibu being detached from necessary resources during a time of crisis.

“Malibu, as nice as it is, is isolated,” Ingesoll said. “If everything got shut down, I didn’t want to be in Malibu.”

With the exception of the 189 students who remain on the Malibu campus as of March 25, students who lived on campus didn’t have the option to stay. Bryant said because of her concern for her mother’s health, if she lived on-campus, she still would have found a way to stay in the area.

“I really feel for those people who lived on campus,” Bryant said. “If I was on campus, I would still try to stay in California because I would want to mitigate the risk of traveling and exposing my family and my parents.” 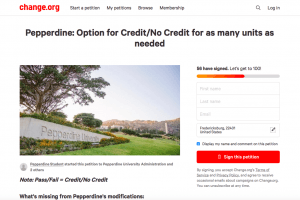