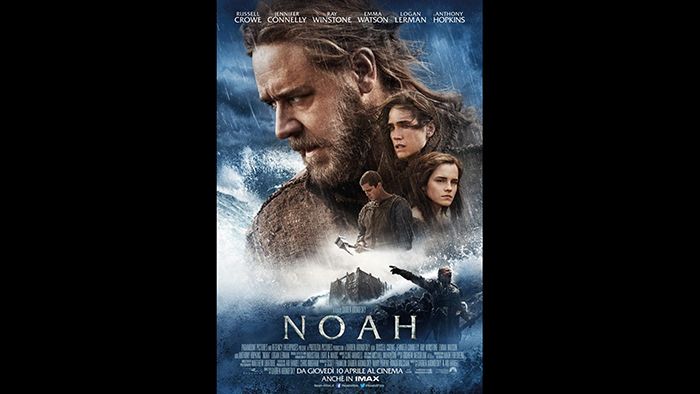 When leaving the theater after seeing Darren Aronofsky’s film “Noah,” I heard a woman mutter to herself, grunting, “That was the most demonic movie I’ve ever seen. Who directed this thing?” Having been utterly transfixed by the film’s impeccable craft, gripping storyline and intellectual depth, I was baffled by that comment. Though “Noah” certainly is not a literal conversion of scripture into cinema, its quality cannot be denied. From a purely cinematic perspective, “Noah” is a masterpiece.

The film is a visual feast, combining breathtaking effects with sweeping vistas and intricate production design. Matthew Libatique’s cinematography captures these visual delights brilliantly, bringing out the vibrant color of each shot, each frame; Mark Friedberg’s production design is immersive. Maintaining a balance between CGI and practical effects, every shot and every happening looks real; therefore, visually, “Noah” rivals “Lord of the Rings” in terms of beauty.

Though Noah rarely acts out, we feel his pain. His performance is subtle yet intense, restrained and yet penetrating. Jennifer Connelly and Emma Watson, in contrast, each unleash searing floods of real, visceral emotion onto Crowe, and the juxtaposition of their anguished woes against Noah’s unyielding resolve is both gripping and palpable.

The film’s technical prowess would amount to nothing, however, if its actual plot were mediocre. Thankfully, its plot is neither mediocre nor merely good; rather, it is magnificent. On the surface, it is gripping, involving and emotionally resonant; within, it is thoughtful and profound. Asking bold questions about existence, justice, faith, God, human nature and goodness, it provokes the viewer into contemplation.

Few films successfully meditate on such a wide array of deep questions, and fewer do it well. “Noah” does it brilliantly. In this regard, it has much in common with Terrence Malick’s masterpiece “The Tree of Life,” but, unlike that film, its themes have been integrated into the story rather than left raw.

“Noah” does not channel Malick much, however, and nor does it channel any other filmmaker. Its director, Darren Aronofsky, is a true auteur: a visionary, bold and intellectual. Noah’s inner turmoil, which feels at once extremely natural and extremely unsettling, is Aronofsky’s personal touch. His films all contemplate obsession and mental anguish, and “Noah” is no exception. Despite not being explicitly mentioned in biblical scripture, Noah’s moral unrest feels real, like it belongs there, and it makes the character relatable. This is largely Aronofsky’s doing, and thus, without Aronofsky’s directorial vision, “Noah” would be a lesser film, possibly even another film.

Anchored by breathtaking design, affecting performances and deep themes, “Noah” is a nearly unmitigated success. The film’s score, by Clint Mansell, is perhaps its only flaw: it is adequate, to be sure, but sounds more like second-rate Hans Zimmer than anything original or memorable. Despite this, the film is utterly brilliant: a rare film that is at once stunning enough to dazzle audiences and intellectual enough to sustain viewers’ interest for years to come.

Darren Aronofsky is not a pastor, but a filmmaker, and as a filmmaker he is responsible for creating good cinema, not pandering to the needs of people walking in expecting a purely literal adaptation of the Noah’s Ark scripture. And thus, I am confident that, 40 years from now, when the storm of controversy engulfing it completely clears up, “Noah” will emerge from the flood, like a rainbow, shining bright.

“Noah” gets five stars out of five.