No. 5 Men’s Volleyball Sweeps No. 9 Stanford to Remain Perfect at Home 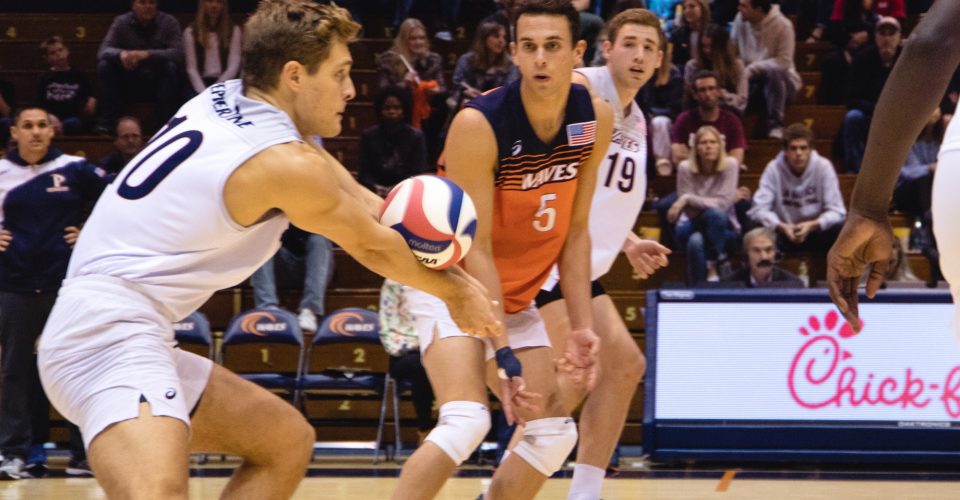 The Waves beat No. 9 Stanford on Friday by set scores of 25-21, 25-22 and 25-21 to open Mountain Pacific Sports Federation (MPSF) play with another victory, following their sweep of No. 7 Brigham Young Feb. 6.

“Handling [BYU and Stanford] in three sets is a testament to how hard we’ve been training,” Wieczorek said. “It’s a great confidence booster and we’re hungry to get even better.”

The Cardinal led by as many as three points in each of the first two sets before the Waves battled back, but the third set was a wire-to-wire victory for Pepperdine. Middle blocker Kevin Vaz made perhaps the biggest play of the night, registering a solo block to end the match and earn a roar of approval from the crowd at Firestone Fieldhouse.

“Our coach looked at me and told me to commit with [Stanford’s] middle and follow what he does, and I did exactly what he said, so he should get more credit than I do,” Vaz, a graduate transfer originally from Paris, said. “I just executed.”

Stanford was coming off three losses, having been swept twice by No. 2 Hawaii and narrowly losing a five-set match at the hands of No. 4 UCLA.

However, Pepperdine was also hungry. Following a difficult loss at No. 3 UC Irvine Jan. 27, the team was ready for the return to the friendly confines of Firestone Fieldhouse.

“We went down to Irvine, and we felt like we let one slip away from us,” Hunt said. “Sometimes it goes your way, sometimes it doesn’t, but [the guys] got back in the practice gym, focused on the stuff we needed to focus on, and we got better.”

With the three consecutive wins against No. 12 Cal State Northridge, BYU and Stanford, the Waves remain undefeated with a 6-0 record at home. Their next eight matches will all be away from Malibu.

“It’s going to be a challenging road, and we know conference play is not going to be easy, so defending our home court is definitely one of the biggest things we take pride in,” Vaz said.

Stanford gained an advantage early on the Waves’ home court, leading 15-12 in the first set behind strong play from senior outside hitter Jordan Ewert, but Denmark keyed an 8-1 Pepperdine run with a kill, block and ace.

Ewert finished with 11 kills to lead the Cardinal, but Stanford only hit .284 as a team, while the Waves finished with a .370 hitting percentage as a team.

Wexter closed each of the first two sets for Pepperdine with clutch kills, but it was timely plays by Wieczorek that caused Stanford to take two timeouts in a tight second set.

“I try to set the standard by working hard,” Wieczorek said. “I like the ball in crunch time and I just want to show the guys that I can take some of the load off their backs.”

Senior Max Chamberlain got in on the action with a tip kill and an ace early in the third set, and the Waves never relinquished their hold on the match, leading by as much as 13-7 in the closing set.

“Anytime you get a win is good, whether it’s in three, four or five,” Hunt said.

Despite tough losses at Loyola-Chicago and Irvine and the long upcoming road stretch, Hunt said he is proud of his team. The Waves now sit at 8-2 overall and 2-0 in conference play.

“We were figuring ourselves out early in the year, and now we’re starting to hit our stride,” Hunt said.

The road stretch will be critical, as it includes four MPSF matchups, including one with No. 4 UCLA, and a tournament in Honolulu that includes a date with No. 2 Hawaii. 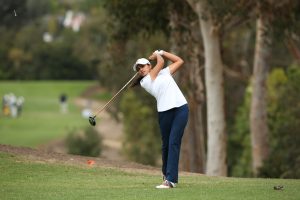 Photo Courtesy of Pepperdine Athletics/Jeff GoldenSince the early days of swinging a golf club, Naveed has fulfilled a plethora...
Copyright 2018 Pepperdine Graphic
Back to top