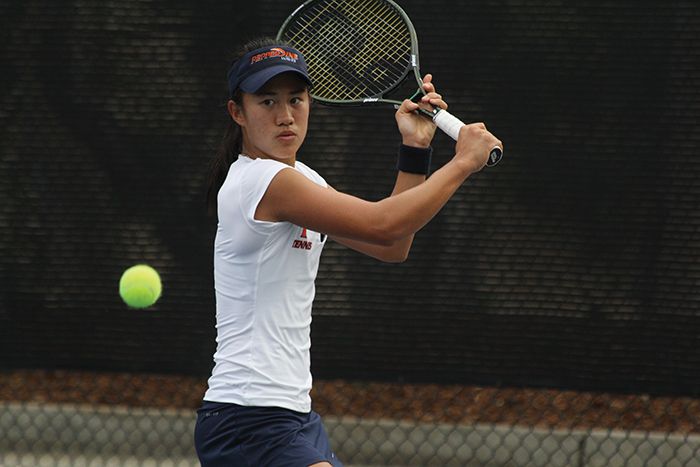 The Waves opened the ITA Kick-Off Weekend with a terrific 4-3 win against Wichita State University on Saturday.

Freshman Laura Gulbe was the highlight of the match. Gulbe helped the Waves secure the doubles point, as well as winning her singles match. She and sophomore Christine Maddox won their doubles match with a 7-5 set win.

Gulbe later defeated Wichita State’s Gabriela Porubin in her singles match with an exciting three-set win — partials of 6-3, 4-6 and 7-5. Her singles win gave the Waves the victory when the match was still tied 3-3.

No. 17-ranked senior Lorraine Guillermo is also to be commended for a great performance. In the doubles match, Guillermo partnered with sophomore Apichaya Runglerdkriangkrai to deliver a 6-0 blow against Wichita State in the no. 1 position.

Guillermo and Runglerdkriangkrai are now at a 20-6 overall in two seasons as doubles partners. Guillermo would later defeat Wichita State’s Julia Schiller for the singles match in a three-set win — 6-2, 3-6 and 7-6.

With the win, the Waves reached the final of the tournament but were overpowered 4-0 by No. 15 USC. Sophomore Michaela Capannolo and junior Danielle Feneridis, however, were winning 4-3 in doubles before the match was suspended.

“I love how hard we all work and the great chemistry we have together. We win as a team, we lose as a team,” Capannolo said. “We always have each other’s backs no matter what. I look forward to the many successes to come this semester.”

The women’s team is currently at a 1-1 overall. With the defeat to USC, the Waves failed to qualify for the ITA National Team Indoor championship in February; however, for their next game, the Waves will be able to seek revenge against the Trojans on Saturday at 1:30 p.m. here in Malibu. 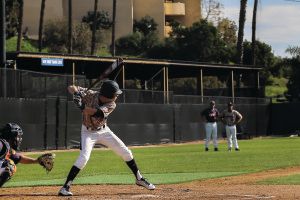