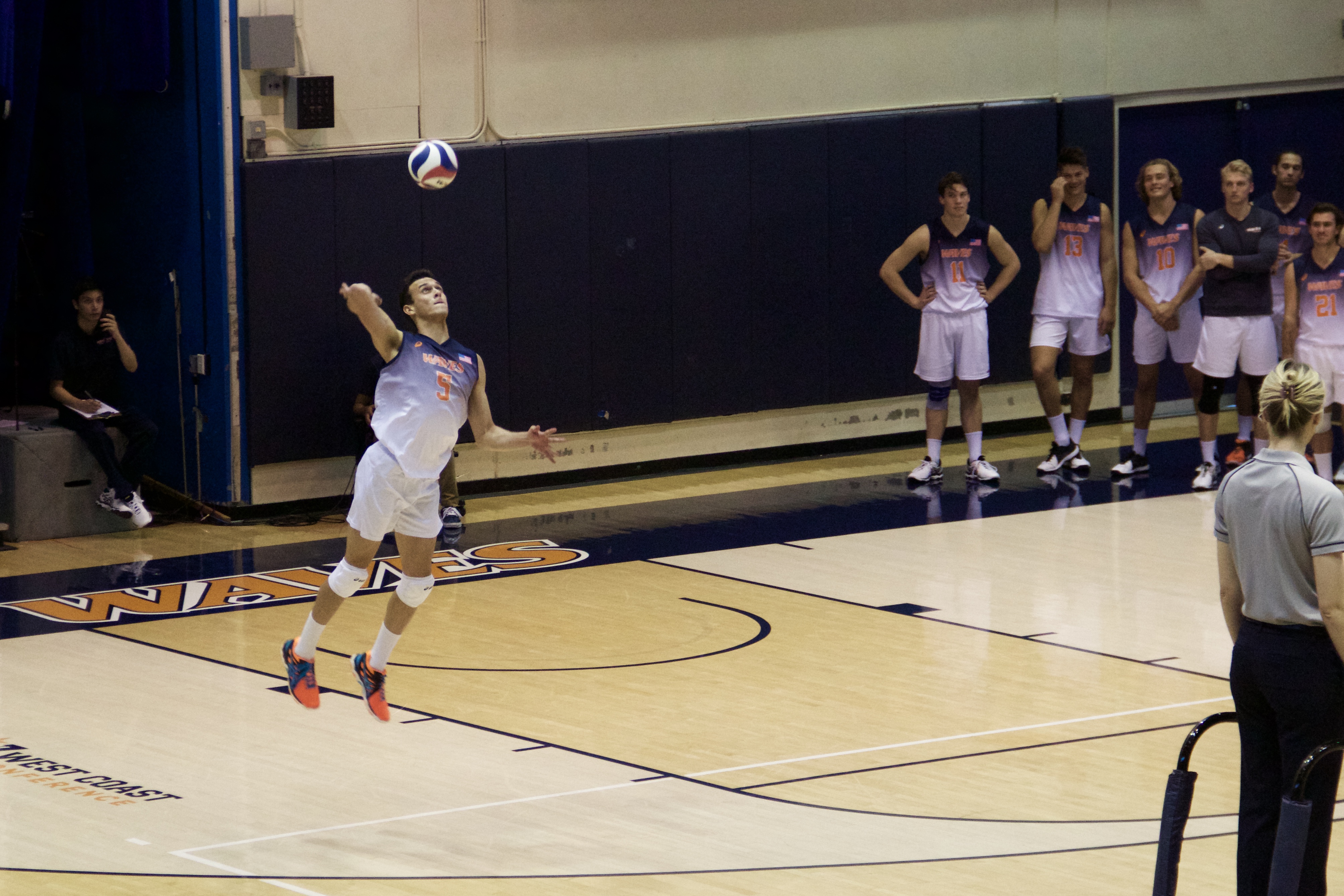 The Pepperdine Men’s Volleyball team topped the Princeton Tigers, 3-0 on Saturday afternoon. Led by redshirt junior outside hitter David Wieczorek’s 15 kills and a career-high .650 hitting percentage, the Waves hit for a collective .365 success rate, while posting eight aces in a three-set, 25-20, 25-15, 27-25 victory.

The win was the Waves’ third straight win, bringing their season record to 4-2.

Heading into Saturday’s match, the Waves were fully prepared to face the opposing Tigers.

“Our coaches did a great job helping us get prepared,” senior outside hitter Colby Harriman said. “We had a lot of film on Princeton and were able to chart their hitters’ tendencies well. We wanted to make sure we won the serve and pass game.”

“Offensively, our strategy was to utilize the middle of the court out of the front and back row because of some tendencies we saw from watching film on Princeton’s blockers,” Mullahey said.

In set one, the Waves came out guns-blazing on offense totaling 12 kills and three aces — both marks were more than the Tigers got all day. Pepperdine held the lead early, but the Tigers made a run tying the game at 10-10. It was back and forth between the two until the Waves broke away with a massive block from Wieczorek and junior middle blocker Max Chamberlain.

Wieczorek added two more kills and an ace to give the Waves a 22-18 lead. A kill from Harriman off of an assist by Mullahey accompanied by a service error on the Tigers brought the game to 24-20. Junior outside hitter Michael Wexter sealed the deal on the first set for the Waves with a kill assisted by Mullahey.

Set two was no different from the first. The Waves dominated early on, leading 14-7 thanks to three kills by Wieczorek, two by Chamberlain and one by Wexter, assisted all by Mullahey. The Waves stayed momentous, eventually reaching a 20-11 lead. They kept their distance from the Tigers for the remainder of the match, not letting Princeton come within 8 points. A kill by Wieczorek and a service error on the Tigers secured the Waves 25-15 victory in set two to give the home team a 2-0 match lead. 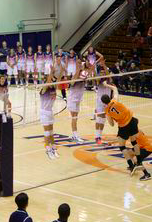 Princeton put up a feverous fight in the third set. A five-point run from the Tigers early on put them in the lead 13-11. It was a back and forth battle after that, with Princeton holding onto a one-point lead until a kill by Wexter tied the game at 23. A service error by the Waves and a kill by Wieczorek kept the game at 24 all. Sophomore outside hitter Noah Dyer nailed a clutch kill to give the Waves the set-point advantage, but Princeton notched a kill as well tying the set up again at 25. Back to back kills by Wieczorek and Harriman locked in the Waves win 27-25.

On what the team did well during their match against Princeton: “Serving and passing has been a continuous theme for us this year,” Harriman said. “We are one of the best teams in the country in passing and sideout percentage which makes Rob’s [Mullahey] job as a setter pretty easy and sets us hitters up for success. We also have been serving really well this season and today was no different.”

“I thought we won the serve and pass battle and we played good defense around our block,” Mullahey said. 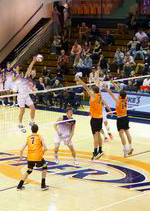 On how they pulled off the win after Princeton made their run during the third set: “We do a great job coming together after points to regroup and refocus,” Harriman said “When Princeton made that run at the end we wanted to control the tempo of the game and slow it down to benefit us. Being able to take a breath and focus on the next point, along with clutch kills from Dave [Wieczorek] and our middles, solidified the win for us.”

“We just trusted our training and we stayed aggressive in our serving and attacking,” Mullahey said.

The Pepperdine Men’s Volleyball team opens Mountain Pacific Sports Federation (MPSF) play as they head to Phoenix, Arizona to face Grand Canyon University on Thursday, Feb. 8, at 5 p.m. The Waves will then travel to Concordia to take on the Eagles on Saturday, Feb. 10, at 1 p.m.