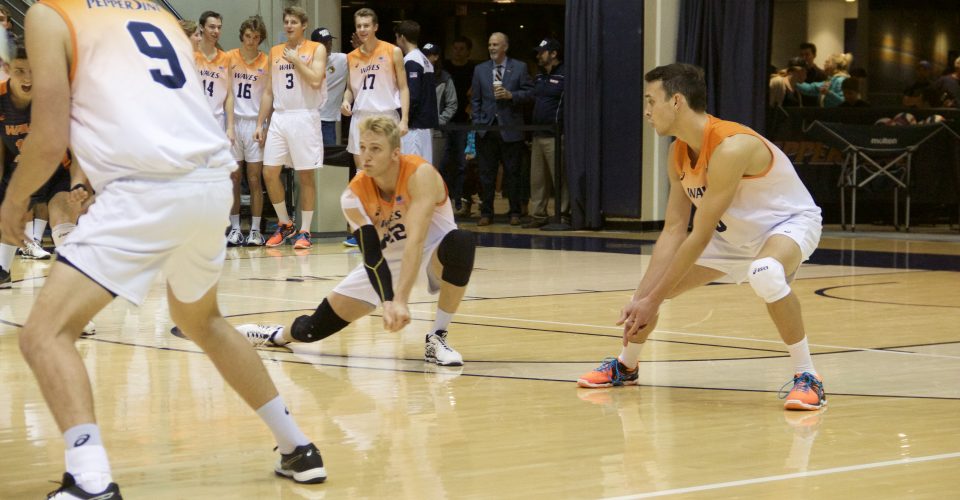 Men’s Volleyball played their third match of the season against UC Santa Barbara, ending with a 3-1 loss, bringing their record to 1-2 on the season. The loss also dropped the Waves from No. 10 to No. 12 in the AVCA Division I-II Coaches’ Rankings.

Senior outside hitter Colby Harriman led the Waves with 17 kills and freshman setter Robert Mullahey totaled 35 assists against the Gauchos.

Prior to the game, Pepperdine honored long-time head coach Marv Dunphy as President Andrew K. Benton and Director of Athletics Steve Potts dedicated the court in his honor.

Pepperdine went into extra points during the first set when they came up from behind, tying the score at 24 apiece. The Waves led 26-25, but dropped three consecutive points to the Gauchos. After losing a close first set, Pepperdine came back and took the second set 25-21 tying the match at 1-1.

Even with senior libero Weston Barnes putting up a tough defensive fight with 10 digs, Pepperdine dropped the next two sets 22-25 and 23-25.

On the court dedication: “It’s a nice honor and as I said that evening that the athletic leadership and university leadership has been great. But the players and coaches that I’ve worked for, all the great ones, made this honor possible and that’s my takeaway from this. I’m not saying that to be falsely humble, it’s what I know to be true. I’ve been able to work with some of the very best to play this game. Jeff Storic, three-time Olympian was here, Karch Kiray was here, I’ve been pretty lucky,” Marv Dunphy said.

On the upcoming matches: “We’re really excited to get on the road. It’s always a good test for us to see how we match up against others teams in other conferences. Everyone across the NCAA plays high level volleyball and some conferences have a different style of play, so it’s good to get the experience and have a little bit of a different feel that we’re used to,” Weston Barnes said.

Pepperdine travels cross country to Fairfax, Virginia, for their next matches against George Mason on Friday, Jan. 26 at 4 p.m., and Ball State on Saturday, Jan. 27 at 4 p.m. 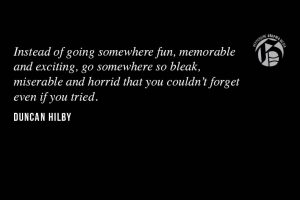 Graphic by Nate Barton Spring Break is coming up for students, and during this time questions arise about where to go, what...
Copyright 2018 Pepperdine Graphic
Back to top