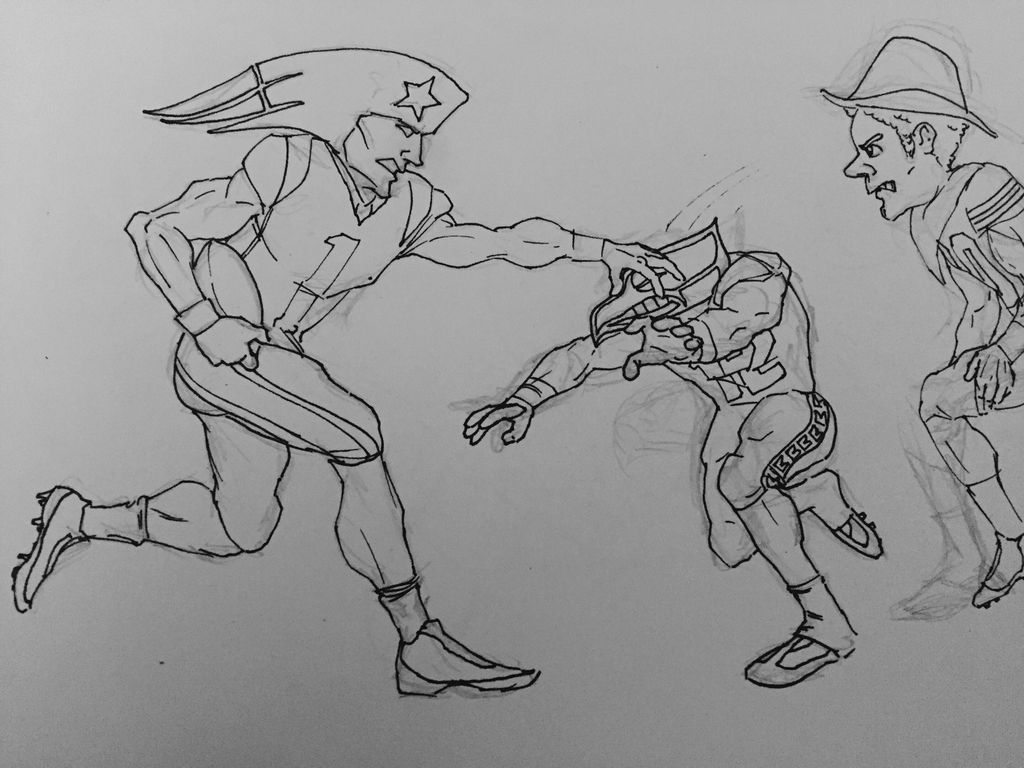 Ladies and gentlemen, we’ve made it. Four weeks of underwhelming preseason later, the NFL’s 50th season in the Super Bowl Era is finally under way. Although the first weekend of professional football brought hope and joy to most fans, these positive feelings from the start of the NFL season weren’t spread to everyone. Somebody — rather, 16 somebodies — had to lose.

Suffice to say, last weekend’s games left something to be desired for teams that dug themselves in a 0-1 hole. But be wary of the hyperbolic early-season storylines. In most cases, one loss isn’t enough to throw in the towel. Although losing in the NFL’s 16-game regular season carries more weight than losing in an 82-game NBA season or a 162-game MLB season, losing this early in the season is still surmountable (just ask the New England Patriots, who lost last year’s season-opener to the Dolphins and went on to win the Super Bowl).

Keeping the two-thirds figure in mind, I focused on the 16 teams that lost last week and put them into my own Worry Index of sorts. The first group is comprised of teams who are currently 0-1, but have the talent to either win their respective divisions or earn a wild-card playoff berth. The second group fought nobly against tougher opponents, but showed more flaws than the members of the first group. Predictably, the third group either showed between zero and one glimmers of hope or was expected to have a losing record this year.

You Can Afford the Loss

Being in this top category is a bit of a luxury. If we follow the two-thirds rule outlined above, these teams have the best shot at making the playoffs compared to the other 0-1 teams.

The AFC North is still one of the most competitive divisions in the NFL, so expect them to send at least two teams to the playoffs for the second consecutive year.

On the contrary, the AFC South is one of the most lopsided divisions in football. The Colts simply have too much talent to give up the division to either the Titans, the Texans or the Jaguars. The Colts’ divisional games against the Jaguars and the Texans should be walks in the park, especially considering the spontaneous combustion the Texans’ secondary suffered this week. Andre Johnson should have no problem torching his former team in their Week 5 matchup.

The Seahawks’ three-point loss to the St. Louis Rams might have been eviscerating in the moment, but remember these three factors: The Seahawks weren’t playing at home, Russell Wilson has lost to St. Louis more times than he has lost to any other franchise and the Rams look poised be (gasp) one of the most-improved teams this year.

Don’t Worry, You Still Have Time

During the telecast of the Saints-Cardinals game, the NFL on Fox crew cut to highlights of Tennessee Titans quarterback Marcus Mariota lighting up the Tampa Bay Bucanneers to the tune of 209 passing yards and four touchdowns with a nearly-perfect passer rating. Like most football fans (myself included), FOX Sports commentators John Lynch and Kevin Burkhardt raved at Mariota’s impressive rookie debut.

But Burkhardt closed out the highlight segment with a snide comment that distracted me for the rest of the game. Recalling the Buccaneers’ decision to take Florida State quarterback Jameis Winston over Mariota with the first pick of the NFL draft, Burkhardt quipped: “Wanna redo that draft, John?”

It’s far too early to write off Winston. Barring a playoff berth or a surprising postseason run from Mariota or Winston, one can’t definitively claim that one of these two quarterbacks is better than the other. The sample size from one season is simply not enough to make that judgment call.

You Should Be Concerned

Unfortunately, fans of these franchises should get used to losing. I know it sounds harsh, but there’s no way to put this nicely without sounding disingenuous. These teams simply have too many weaknesses on their rosters, and Week 1 exposed virtually every one of them.

Three of these teams — the Texans, Browns and Raiders — either benched their starting quarterback, or watched their starters succumb to early season injuries. The Jaguars and the Redskins, the two luckier teams (if they could even be called lucky in any sense of the word) in this group, kept within one point of winning or tying the game in the first half before promptly collapsing in the second.

Both teams laced together this dismal sequence of drives: punt, punt, punt, interception, turnover on downs. However, Jaguars quarterback Blake Bortles threw another interception for good measure, which turned into an easy pick-six for newly-resigned Carolina Panthers cornerback Josh Norman.

I would mention the Jets’ predicaments on the other side of the football, but I might risk breaking a finger or tearing a tendon in my wrist while writing thoughtful commentary on their injury woes on offense.