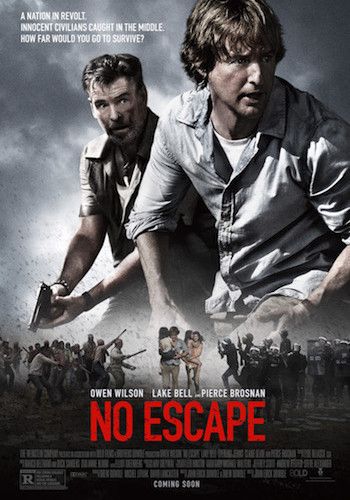 Traveling the globe can be a great way to experience new cultures and create memories. It can also be helpful for those wanting to know more about the workings of the world and how other countries are involved in the process. At the same time, however, political instability and strong anti-foreign sentiments can prove deadly to inexperienced travelers.

“No Escape,” directed by John Erick Dowdle and co-written with his brother Drew Dowdle, serves as an extreme example of the dark side of world travel. The film opened on Aug. 26 and is still playing in select theaters.

Owen Wilson and Lake Bell star as a Texan couple who move with their children to an unspecified southeastern Asian country, where Wilson has been assigned as a water infrastructure engineer for an American company. Unfortunately, their arrival coincides with a violent overthrow of the existing government by a sizable paramilitary group. The group proceeds to storm through the city, killing foreigners and their supporters without mercy. The family must now navigate and escape a world about which they know almost nothing, with certain death a very likely possibility at every turn. Pierce Brosnan co-stars as an alcoholic British expatriate, whose intentions may be more than what he says they are.

Most of the Dowdle brothers’ filmography consists of horror films of varying quality, i.e., “Devil,” “Quarantine,” “The Poughkeepsie Tapes” and “As Above, So Below.” This film, produced and distributed by Bob and Harvey Weinstein of The Weinstein Company, serves as their first serious attempt at drama. Their work in the horror genre is evident through the story itself — particularly the first half — in which the environment provides most of the scares via the cinematography, such as when Wilson tries to escape the hotel, where the destruction around him is emphasized to highlight just how much danger is present.

When the second half of the film starts, the previously built-up suspense is significantly undercut. While there are still moments of genuine tension, they are diluted by moments of predictability. As the films draws closer to its conclusion, the horror of the entire situation is reduced drastically, making the film seem rather tame, given the setup. The weak character development makes it difficult for audience members to be invested in what happens, especially if they know that the characters will make it out, no matter how terrible the situation. This can be worked around if it were made to seem as if there was a genuine chance that they may not survive, but that workaround is not present here.

Both Bell and Wilson make the most of the material and come across as relatable and solid. There is a feeling, however, that Owen may have been miscast, as evidenced by his odd reactions to certain events. In truth, Brosnan steals the show despite his limited screen time.

While much has been made of the film’s alleged racist portrayal of Asians and the Third World, i.e., almost every Asian being vicious and cruel in the treatment of Westerners, events showcased in the film are nonetheless a very real representation of the dangers of traveling in regions that are not particularly friendly to the West.

Despite its strong cast, suspenseful premise and tense atmosphere, “No Escape” ends up feeling like wasted potential, which is a shame considering the grains of truth embedded in its story. 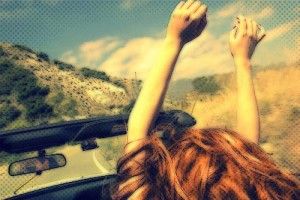