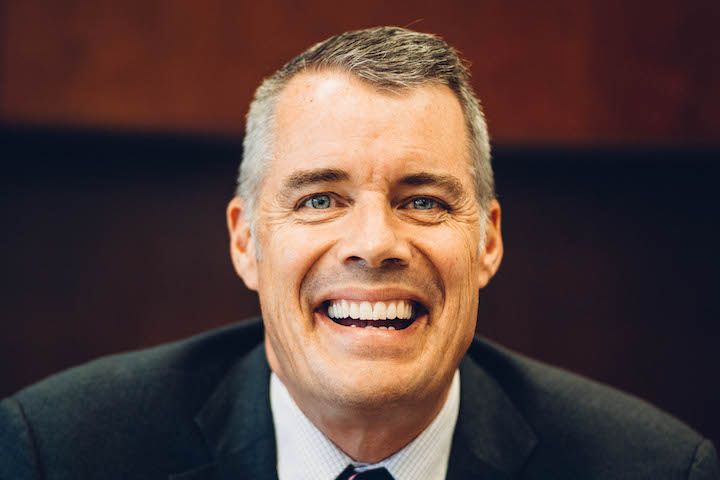 The School Public Policy is starting off the school year with a new interim dean, Pete Peterson. Peterson serves as the executive director of the Davenport Institute here at Pepperdine and assumed the position after inaugural dean James R. Wilburn transitioned into a new role as dean emeritus.

“I think the policy school is seen as a training ground for government bureaucrats, and that’s not what we’re about,” Peterson said. “We send students to international nonprofits, local government, running for office … there are people here who are very passionate about making change, and they want to do that at the public policy level. You can see and affect a lot of change.”

President Andrew K. Benton said that although the search has begun for a permanent replacement, they are glad to have Peterson.

“In the meanwhile, we could not be more fortunate in securing Pete Peterson to serve as interim dean. He is widely respected, very strategic in his thinking, and he has the confidence of faculty, staff and students. I predict Mr. Peterson will make a number of important, school-shaping changes. I think the future is bright in the short and longterm.”

With change in mind, Peterson will be launching a new marketing and branding campaign this fall, with a theme of “seeing public policy differently.” This work has already begun with redesigns of the school website, and will continue by highlighting the uniqueness of the policy program.

“We focus on the fact that we’re training public leaders that need to think and have a rigorous background, but also need to have an ethical and moral approach to what they’re doing,” he said.

Peterson described public service as “a calling,” one he has clearly found in his own life. During the 2014 elections, he ran for California secretary of state, and although he ultimately did not take home the victory, he said the race was very close. Peterson said he believes that having this “firsthand experience in what it’s like to step into the arena of public policy,” it gives him a “practitioner’s view” in addition to his experience on the ground, working with technology and training.

Most recently, he has worked in the field of participatory governance, studying how governments can do a better job of engaging the public, and then training them to do just that through his work at the Davenport Institute.

This role emerged from a nonprofit he helped start 10 years ago, Common Sense California, which then joined with Pepperdine’s Davenport Institute 5 years later to become what is now the Davenport Institute for Public Engagement and Civic Leadership. There, Peterson works to make government more accessible and accountable to the public through grant programs, consulting, training and ultimately guiding local government toward “a more inclusive public process.”

Ashley Trim has worked alongside Peterson at the Davenport Institute since 2010, most recently as assistant director.

“As an alumnus of the School of Public Policy, Pete brings a deep understanding of what sets SPP apart from other schools in public policy and administration. Our work with local governments through the Davenport Institute has shown how vital this unique preparation, based on principles that are foundational to American democracy, is to preparing leaders who can govern in the 21st century,” she wrote in an email.

When asked if he held interest in becoming the permanent dean, Peterson said that he is currently “reserving judgment on that,” focusing instead on how grateful he is to have the interim dean position in a program he is passionate about.

“This school was founded by one of the great political scientists of the last century, James Q. Wilson, and he helped create what is the most unique policy curriculum in America,” Peterson said. “It has the quantitative analysis, but also the ‘Great Books’ ethical approach to leadership. We remember that there is a “public” in public policy.”

Peterson graduated from the School of Public Policy in 2007, and called his time there “a life- changing experience … [that] set me on my own different path.”

“When I got to know about Pepperdine, I fell in love with the program,” Peterson said. “We are a very distinctive public policy school in how we look at public policy, not just from the numbers, but also looking at the ‘public’ part of public policy, and understanding that the public needs to be involved, as well as the moral and ethical dimensions in keeping with Pepperdine’s mission.” 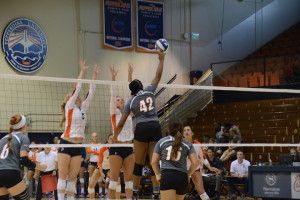 Photo by Gabriella ChanAll the way in Nashville, Tennessee, the women’s volleyball team kicked off the Lipscomb Invitational...
Copyright 2018 Pepperdine Graphic
Back to top