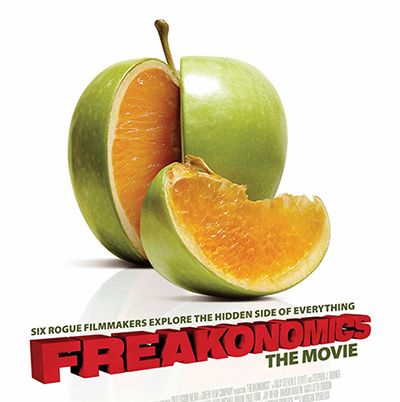 Creative Economics: You would not think economics could explain a wide range of social issues, but “Freakonomics” does just that. Based on a book written by Steven Levitt and Stephen Dubner, this documentary, which is broken up into short segments, features different filmmakers adapting segments of the book to create a full-length film whose overall point and sub-points are up for debate. Among the subjects interviewed are documentarians such as Morgan Spurlock, Seth Gordon and Alex Gibney.

Those with a basic knowledge of economics will be able to understand the finer points of the arguments presented. Thankfully, everything is generally presented in a way that is easily understandable to those who are not well-versed in economics or mathematics. The topics covered are corruption in the sumo-wrestling industry, whether people’s names predict their future and the connection between low crime rates in the 1980s. Reading the source material may be helpful. One constant throughout the documentary is how data mining presents a large chunk of information for analysis to better people’s positions.

While some methods and outcomes appear iffy, the content of “Freakonomics” will open your mind to what occurs behind the scenes around the world.

Paranormal Hitchcock: If you enjoy a movie with an interesting script and elements of Hitchcock, then Roman Polanski’s “The Ninth Gate” will sate your interest. Released in 1999, starring Johnny Depp, Frank Langela, Lena Olin and Emmanuele Sanger, it was bashed by critics upon release due to bad marketing and an ending deemed too ambiguous. If the viewer looks past the initial critical reception, “The Ninth Gate” proves to be a chilling take on the nature of evil.

A book collector (Langela) hires a book dealer (Depp) to track down an artifact called “The Nine Gates of the Kingdom of Shadows” — better known as the Devil’s Bible. With it, an individual has the power to summon Satan and allow him to walk the Earth. However, the collector’s edition of the book is a copy and he wants the dealer to find the other two copies and verify which one is real. What starts as a simple verification becomes a perilous race due to the significance attached to the variations between the three copies of the book’s nine pages. 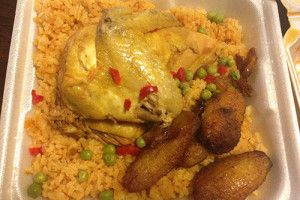 As a Cuban-American, food is a big part of my culture and my identity. Whenever I feel stressed, I crave Cuban food. Specifically,...
Copyright 2018 Pepperdine Graphic
Back to top