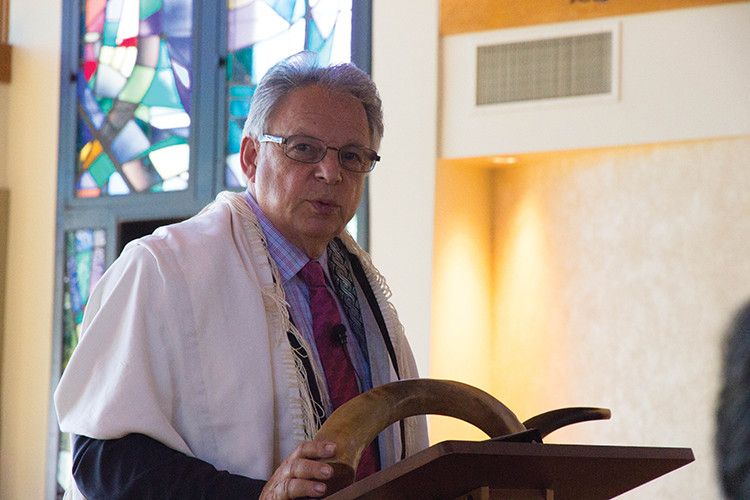 In front of a small group of students, Lam explained the significance of the Jewish New Year Rosh Hashanah and traditions associated with the holiday.

“It definitely showed me a different side of religion,” Morgan Nelson, freshman English major, said. “It … put some of my personal beliefs into perspective as well as beliefs of Jewish people.”

Presenting at a Christian university, Lam began by explaining the Ten Days of Repentance. Rosh Hashanah marks the first of these days, a time in which Jews repent for their actions and seek forgiveness. Unlike Christians, Lam said Jews believe they can only be forgiven by those they offend, not by God himself.

Lam brought out a shofar, a religious instrument made from the horn of a ram. Understanding that most audience members had no experience with Jewish tradition, Lam demonstrated the four different shofar noises used in a Rosh Hashanah service: tekiah, a loud blast; shevarim, a blast broken three times; teruah, a blast broken nine times; and tekiah gedolah, one prolonged blast.

He sang for the audience, providing examples of several melodies typically found in a Rosh Hashanah service. His voice trilled over the piano, demonstrating the dissonant qualities of Jewish music.

Lam’s frequent comparisons of Christianity and Judaism helped audience members get more involved with his conversation. He often asked them questions relating to Old Testament verses, using their knowledge of Abraham and Isaac to illuminate the basis of Judaism and its relationship to Christianity.

While Rosh Hashanah is part of a time for repentance and fasting, Lam said it is followed by a time of rejoicing and happiness and encouraged the audience to be joyful.

As Lam explained Rosh Hashanah to a largely Christian group, he joked, smiled, and encouraged the audience to ask any questions.

“He made it interesting rather than just being factual,” Nelson said.

He told the story of how he began his role as a cantor at eight years old by volunteering to be a junior cantor, knowing it was his calling despite his father’s criticism. Going off of his own story, Lam coaxed the audience to seek out their own calling without waiting for a teacher to open their eyes to inspiration. 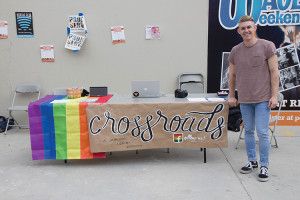 Photos by Milan Loiacono Crossroads tabled in Joslyn Plaza on Tuesday, Oct. 11 in honor of National Coming Out Day to honor...
Copyright 2013 Jupiter Premium Magazine Theme
Back to top