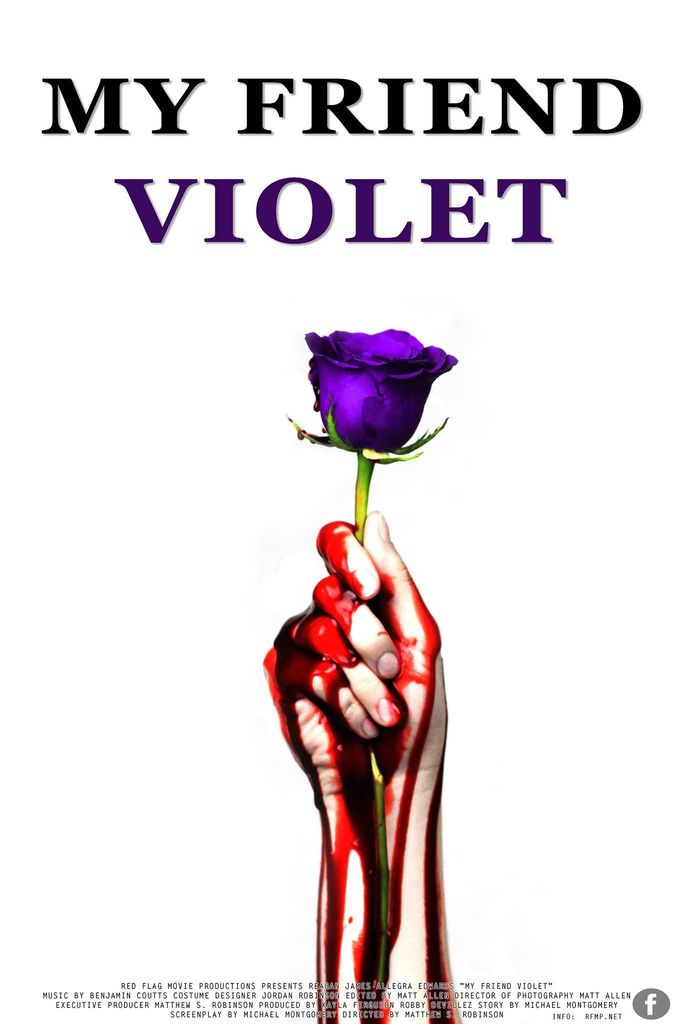 With the semester coming to a close, many students are looking to the future and even considering making the leap into the shark-infested waters of Hollywood. Luckily, students need not look any further for inspiration than the fellow Waves working on the film “My Friend Violet.”

“My Friend Violet” is a feature-length film that premiered at the Third Annual North Hollywood CineFest Festival. The film closed the festival on March 24.

The film explores friendship and responsibility through the narrative of two friends. A shy girl named Allie trusts her more experienced friend, Violet, as they attend a small party. But what was supposed to be a normal night quickly spirals out of control.

Pepperdine grads made up a large part of the cast and crew of the production. Alumni who were involved in the making of the film include Robby DeVillez (Actor/Producer), Allegra Edwards (Lead Actress), Clayton Snyder (Actor), Ryan Napier (Actor), Matt Allen (Director of Photography/Editor) and Michael Montgomery (Writer).

Director Matthew Robinson (‘12) is the current Media Facilities manager in the Communication Division at Pepperdine. He explained that the film came to be when friend and writer Michael Montgomery showed him a script that he had been working on.

“He wrote the script, and we’re both writers, and we trade short stories and screenplays that we write. I read it in like one sitting; it got me hooked immediately,” Robinson said.

Initially Robinson, along with DeVillez (‘12), attempted to get funding with Montgomery to create the film.

“We got rejected by three or four places before we decided to make it ourselves … most people, when I told them we wanted to shoot a movie for about $10,000, they thought we were crazy and that we couldn’t do it,” Robinson said.

The group created the film from the ground up, casting actors they knew they wanted to work with and using their homes as locations.

“We didn’t have a lot of money. We were paying out of pocket, so all of our shooting days were scheduled and coordinated around our pay periods,” Robinson said.

“Everything is really difficult just because we had to wear a lot of hats,” said DeVillez, who was an actor and a producer in the film.

“There were times when Matthew would have to direct … and when he’d say cut he would have to go to the kitchen and stir the pasta because we also had to cater the food,” DeVillez said.

As the project grew, the cast and crew included many Pepperdine alumni.

“We knew that Pepperdine alum were people that knew us, and we figured that they would be a little more willing to work with us … you want your friends and the people you know to have a good experience, so you want to go to them first,” Robinson said.

Edwards (’12) explained that she was interested in working on a feature-length film and excited to connect with alumni.

“I was really excited by the idea of working on my first feature-length film. I was ready to soak up the experience and learn from it,” Edwards wrote in an email. “Working with alumni is a treat because you automatically have a shorthand — a common foundation on which to build.”

After the production of the film, the team went on to submit to several film festivals. Many still haven’t returned decisions, but in late March the North Hollywood CineFest Festival chose to close out their event with “My Friend Violet.”

“We submitted to several festivals, and we got an email from North Hollywood CineFest, and it was such validation,” Robinson said.

Moving forward, the team hopes that “My Friend Violet” can be shown in more festivals, and looks forward to an online release of the film.

“Right now, it’s still being shown in festivals, but we have a couple of interested distributors who are interested in possibly submitting the film through online means. So eventually we’re hoping it will be available online for people to rent or buy digitally,” Robinson said. “We like to say that this was our fish to catch another fish so to speak; we wanted this project to be able to lead to bigger projects with bigger budgets.”

For students looking to break into the industry, Robinson advises, “You have to be very real with yourself and know where your talents lie. Know where your strengths are, and be self-aware and honest with yourself so you can spend time on what you’re actually good at and practice what you want to get better at.”

“You could be the most talented person in the world, but if you’re not easy to work with a lot of people won’t work with you,” DeVillez said regarding fellow actors. “Really put yourself out there.”

Students can stay up to date with “My Friend Violet” on their Facebook page. The film will also be screened April 21 at 8 p.m. on campus.