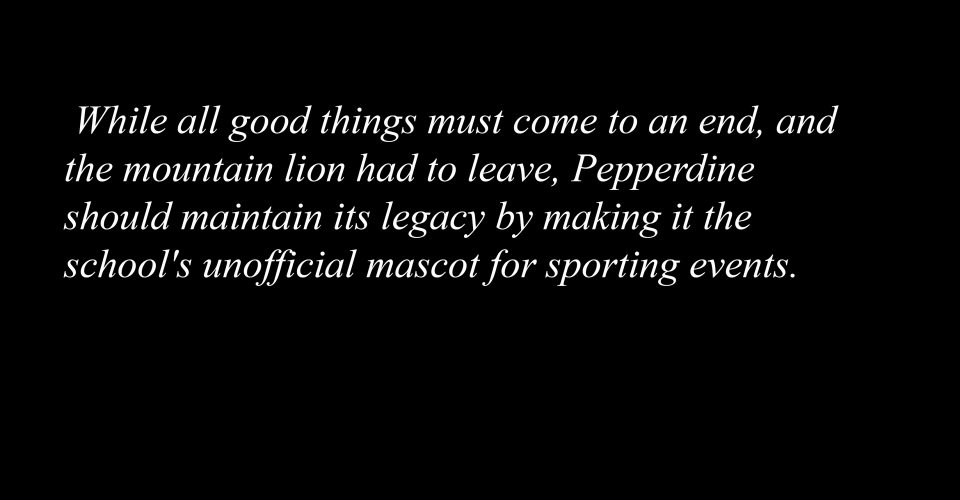 Much to the dismay of the student body, the notorious mountain lion that briefly called Pepperdine home has not been seen on campus since the beginning of February. While all good things must come to an end, and the mountain lion had to leave, Pepperdine should maintain its legacy by making it the school’s unofficial mascot for sporting events. Willie the Wave may be a charming vision of orange and blue shockas, but he lacks the fierce and competitive prowess that is associated with athletic events.

Willie the Wave has not always been Pepperdine’s mascot, and so accepting an unofficial mascot for sporting events is hardly revolutionary.

Other Universities that have more gentle-hearted mascots adopt, as a school, a more ferocious mascot to rally behind in the bleachers. New York University’s official mascot, for example, is the Violet (as in the flower).

As one would imagine, this image of school pride was hard to pull for in the final quarter, so the students adopted the new mascot: the bobcat. A bobcat is much scarier than a Violet, some have found.

“Despite rousing the crowd, the Fighting Violet did not prove intimidating to our opponents,” writes Julianna Monjeau in her article “Archivist’s angle: from the fighting violet to the bobcat. The history of NYU mascots” published May 20, 2011 to the NYU Alumni page.

Let’s be honest. Willie the Wave is an endearing and well-loved member of the Pepperdine community, but he is not intimidating enough for athletic events. The mountain lion, however, was (at least for a time) both a loved member of the Pepperdine community and has the ferocity to intimidate opposing athletic teams. As such, Pepperdine should make the mountain lion the unofficial mascot for sports events. 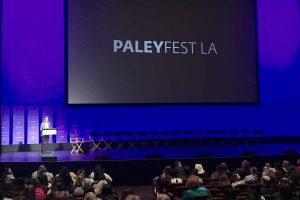 Photos by Jennevieve Fong and Courtesy of Paley Center for MediaHollywood is famous for its Walk of Fame stars, but the city...
Copyright 2018 Pepperdine Graphic
Back to top