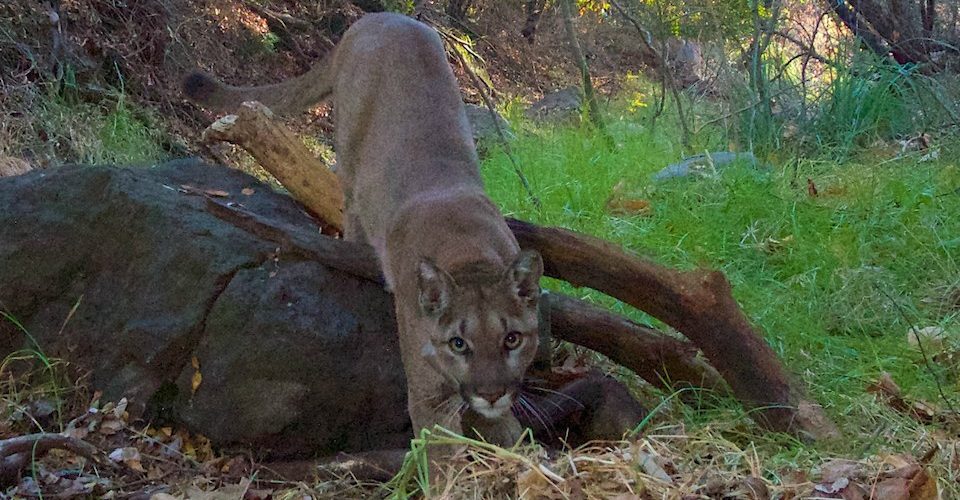 A female mountain lion’s remains were discovered on Malibu Canyon Road two weeks ago. The mountain lion was known as P-23 and she called the Santa Monica Mountains home.

It is suspected that P-23 was hit by a car because of the condition of her body said Kate Kuykendall, the public affairs officer of the National Park Service. “Our biologist was out doing telemetry, which is basically scanning with an antenna and listening for the beep of the collar, trying to locate her and then that led her to find her body on the side of the road.”

The mountain lion was born in 2012, and according to the National Park Service’s website, she had produced two surviving offspring, P-54 and an untagged offspring who are both about 1-year-old.

“The first problem with roads and freeways is obviously that animals can get hit by roads and cars, but actually the larger problems with roads is not just the animals that are hit and killed by roads, but the fact that freeways are barriers to movement,” Kuykendall said.

Vice Provost for Research, Strategic Initiatives Associate Dean for Research and Professor of Biology Lee Kats said animals in the Santa Monica mountains are surrounded by a variety of obstacles that limit movement. To the north there is agriculture, human populations to the east and to the south toward Los Angeles block them from moving south, and then west there is the Pacific Ocean.

“The Santa Monica mountains are in the middle of all that, so in many ways, they are an island,” Kats said.

Kats said roads are just one problem compared to the slew of problems caused by habitat fragmentation.

These problems include becoming more vulnerable to predators, parasites and the elements.

Kats said that while some animals are able to survive in habitats that function like an island, animals like mountain lions suffer because they don’t have territory. This leads to problems of genetic diversity.

“When animal populations get too small or get too confined, genetic diversity is important because you need to have that diversity to deal with environmental change,” Kats said.

P-23 was herself a product of a lack of genetic diversity. The National Park Service’s cougar profile states that her father mated with one of his daughters. Then when P-23 gave birth to one of her litters, genetic testing found that P-23 and her litter shared the same father. Additionally, their website states that mountain lions in the Santa Monica Mountains have the lowest genetic diversity of documented mountain lion populations.

Freshman Carolyne Van Den Hoogen believes that it’s important for us to protect the mountain lions’ environment and remove any stressors.

“Oh yes, of course, I think protecting their environment is extremely important and if there are any stressors in our environment, then it’s our responsibility to take care of those,” Van Den Hoogen said.

One proposed solution to increasing the genetic diversity of mountain lions is the creation of a wildlife crossing. Caltrans proposed a project to make a crossing that would provide a safe pathway for animals in the Santa Monica mountains to cross the 101 freeway in Agoura Hills and move into environments located in the Simi Valley.

“The project is already being worked on at Caltrans so it is moving forward, but the big challenge is with the funding, and most of the funding I think will come from private fundraising,” Kuykendall said.

The fundraising effort called #SaveLACougars campaign, created by National Wildlife Federation and the Santa Monica Mountains Fund is attempting to raise $60 million to complete this project. So far, they have raised a total of $3,742,006.71.

At the moment, Kats is working on a camera trap project in Northern California that photographs animals using a narrow pathway in between private property to reach other habitats. He found that a wide variety of animals had not only found the path but used it as well, Kats said.

“How did they find it? They found it because animals test areas for how dangerous or risky they are,” Kats said.

Based off of his camera trap model, Kats said that if an eco bridge is installed then animals will have no problem using it.

“So I have no doubt that animals will find that overpass and use it successfully,” Kats said.

Junior Political Science major Nathan Chong said that if they could get past the cost of the bridge then the project would be well worth it.

“Personally, the only issues I see with it are costs,” Chong said. “But if that’s no barrier, if people are able to move past that, I think the environmental and safety implications of it would be well worth it.”

Consider a Replacement for Columbus 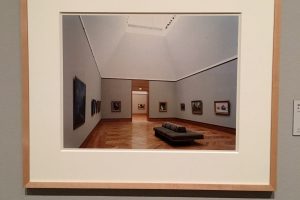 Photos by Tanisha Shankar In celebration of the 20th anniversary of the Getty Center opening, the J. Paul Getty Museum...
Copyright 2013 Jupiter Premium Magazine Theme
Back to top