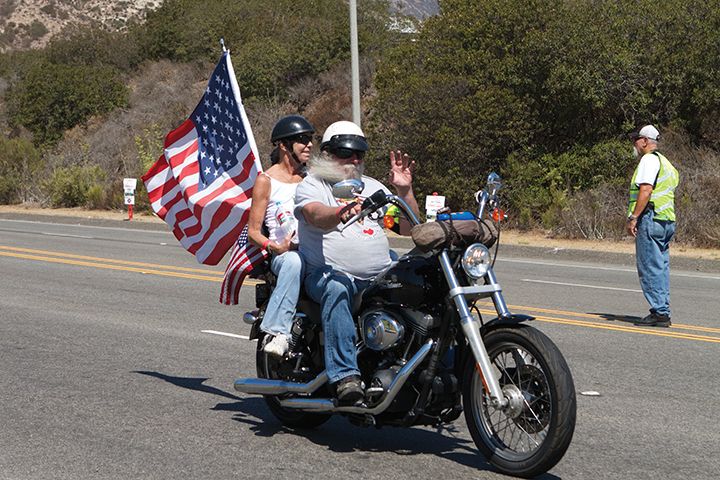 A procession of motorcycles overtook Malibu, led by police cars and a firetruck in honor and remembrance of fallen heroes. The event, Ride to the Flags, kicked off its seventh year at the Naval Base in Ventura County. At the base, riders were able to watch a ceremonial rifle salute, flyover and wreath laying.

The event attracted a wide variety of supporters, from local biker groups to international pop star, P!NK, who served as the event’s annual Grand Marshall. The event took riders through Thousand Oaks, Westlake Village and Malibu, where participants turned off  Mulholland Highway onto Malibu Canyon Road to get to Pepperdine. The riders and their passengers traveled to Pepperdine’s own “Waves of Flags 9/11 Memorial” and the Malibu Bluffs Park where they were greeted with food trucks, live music and raffle drawings.

Veteran and avid motorcyclist Rodger Jackson said his reason for attending was to give back to the heroes of 9/11.

“Why wouldn’t you want to [give back]?” Jackson said. “There have been millions [of soldiers] who have given their freedom for you. ”

Riders Karie and Michael Baker also said what attracted them to the rally was that funds from the event go straight to disabled veterans, and there’s no middleman sapping the donations that keep them coming back year after year. The White Heart Foundation, which oversees the funds, chooses recipients through personal connections with organizations like rehabilitation hospitals and military installations, said Executive Director at The White Heart Foundation Ryan Sawtelle.

The ride attracts everyone from first time riders to experienced Flags riders like Steven and Laynette Faye. The Fayes have been attending for five years since they first heard about the ride from a fellow rider in their chapter of the Christian Motorcyclists’ Association (CMA).

The benefit’s mass of supporters includes many Southern California residents like Paul Hobbs, even though his chapter is the farthest north of the eight chapters. Hobbs said he participates and feels strongly about the ride because it is a reminder to never forget 9/11. 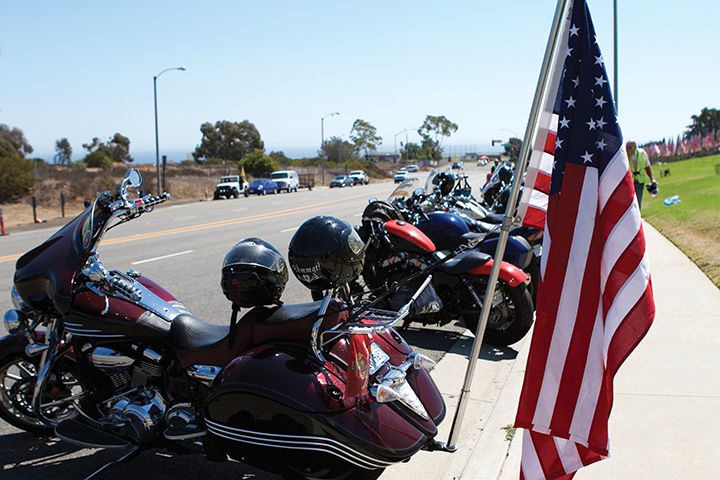 The Ride to the Flags not only attracts adult motorcyclists but it also attracts families like Ryan Smith’s.  He has a wife and two girls. He said that, as a family, they can just be a part of it all and watch the Boy Scouts’ tribute to 9/11. The Scouts raised the American flag at the Naval Station before the ride commenced.

The Scouts’ efforts are coordinated by Rick West. For the past four years, West has served as the Boy Scout coordinator as well as the Parking Crew Manager, which is an impressive feat with so many bikes. He has participated in the long ride, and is now a volunteer after his four to five years with the organization.

West said his favorite part of the event is meeting the honored veteran the White Heart Foundation is donating to. This year, it was Marine Cpl. Jed Morgan and his family. Morgan was only three months into his deployment in Afghanistan when he made contact with an IED (improvised explosive device), which nearly took his life. He was lucky enough to survive, but lost both of his legs in the explosion and severely injured his right hand where he lost much of the muscle. He and his wife Anna, his high school sweetheart whom he married right before his deployment in 2012, have now welcomed their first child, a healthy baby girl, into the world.

Morgan will soon be discharged from residential housing near the Balboa Medical Center in San Diego, but they are in need of a special house adapted for his and the families’ needs. Before the event, the White Heart Foundation had raised  $31,579 of their $80,000 goal. After Sunday’s rally, they added an additional $50,000 from the proceeds, surpassing the goal for the Morgans. 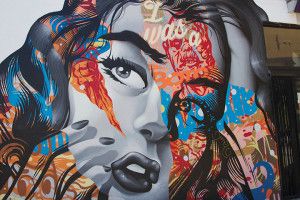 Photos by Ashlie Benson Malibu is beautiful, but Los Angeles is a city to explore. Take a trip downtown to the LA Arts District...
Copyright 2013 Jupiter Premium Magazine Theme
Back to top