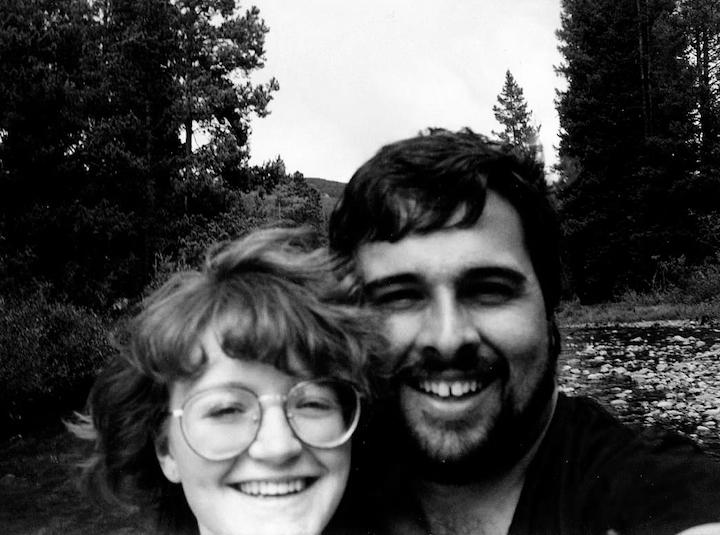 When Stacy Rouse, site manager of the Pepperdine Volunteer Center, attended college in Texas, she and her roommate collected and saved all the Dr. Pepper cans they drank and displayed them on a wall in their dorm room.

Psychology Professor Steve Rouse, who also went to school in Texas, had bought the then Stacy Johnson a drink on a particularly tough day, which she then placed in the middle of her soda can display.

“I didn’t know how he felt about me,” Stacy Rouse said. “So this was kind of like a victory day of ‘Oh, this boy that I like bought me a soda when I felt bad and made me feel better.’ So it’s sweet, but it’s also embarrassing too.”

The Rouses have been married since 1992. But like any relationship, it has not always been simple or full of “victories.”

Whether one looks at long-term couples, newlyweds, or seasoned married folk, the challenges and successes of each relationship foster an opportunity for self-growth and understanding others better.

The pressure to be in a relationship

Before finding a romantic partner, many often feel a pressure to pursue a romantic relationship, marriage and then a family. But for some single people, the pressure to be in a relationship comes from an internal desire to get married, Relationship IQ Director Kelly Haer said.

Haer has researched the emotional experience of singleness, particularly for those who want to be married. She said the construct called ambiguous loss — which can be when a person is psychologically present to another person but is physically absent — describes how some single people might be feeling.

“If a single person is single and they desire to be married, the desired partner is not physically present, but they’re alive in their mind,” Haer said. “The single person may be wondering, ‘Am I going to find this person?’”

Haer said she has found that for many individuals, identifying this feeling of ambiguous loss, seeking mutual support and connecting with others helps one to accept this ambiguity and find meaning and hope during it.

A dating relationship is also not the place to search for the answer to the questions, “Am I loveable?” or “Who am I?” Haer said.

Hargrave echoed Haer about not expecting a relationship to automatically fill one’s insecurities or define one’s purpose or identity.

“It’s not up to our partner to make us feel OK, but it is up to us to learn how we can be constructive in our coping with other people when we feel pain or when we get emotionally dysregulated,” Hargrave said.

The pressure of marriage and marriage itself

Religion Professor Chris Doran said many Christians in the U.S. tend to believe that a cisgender heterosexual marriage with children is what God desires for everyone, making some feel excluded if they don’t fit the norm.

Doran said he thinks Christians who might be feeling this pressure should consider whether they believe Jesus, who did not marry, is the epitome of what it means to be human.

“[Jesus] lived a full life,” Doran said. “He did everything that God asked him to do, and if that’s a full life, then it’s possible for people to be single and live a full life and to be valued members of their community.”

Hargrave said that although being single is a great choice, even single people need others to go through life together.

Seaver College and School of Law alumnus Matt Myatt and his wife Deidra said they grew in their understanding of what it means to go through life with another person after getting married in January.

The couple moved to Uganda, where Matt Myatt had already been working, and lived there for eight months. This was their first time living together, as well as living in an unfamiliar place without any family or friends, Matt Myatt said.

Both Deidra and Matt Myatt said that in Uganda they learned the importance of self-care, communication and listening in a relationship, as well as knowing they’re on the same team, even during disagreements. Matt Myatt said he also realized the value in seeking community and mentorship to support their marriage as a couple.

Less people are getting married, according to TIME magazine. This can make marriage seem like only a title for some. To Doran, marriage is an important public covenant, where both parties consent to the marriage and witnesses to the marriage help to support the relationship.

Marriage for Matt Myatt is a covenantal and sacrificial love, a significant public commitment to love one’s spouse the way that Christ loves the church. 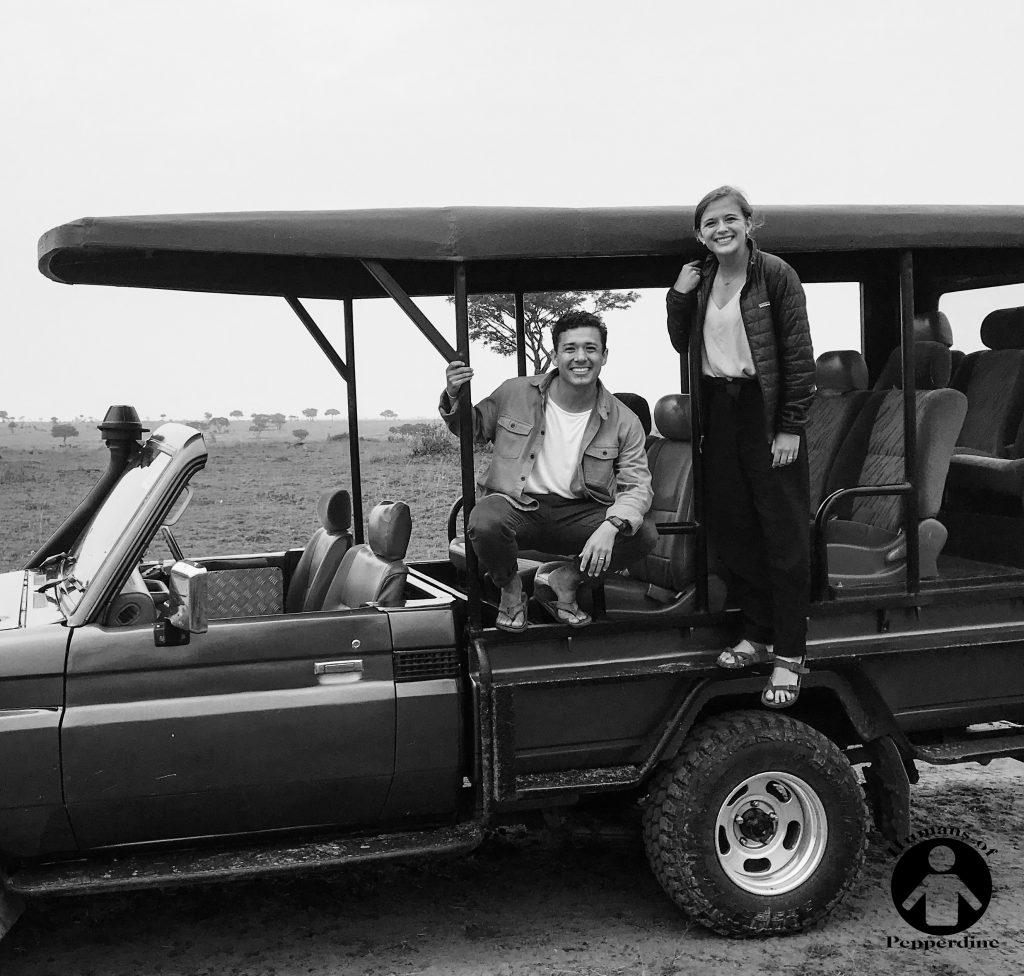 The individual experience of love

Katie White, Pepperdine 2019 alumna, started dating her current boyfriend Jaxon Burgess, a 2020 alumnus and first-year Pepperdine law student, about three years ago, after she returned from studying abroad during her sophomore year.

White said being single her freshman and sophomore years allowed her to be present during her study abroad experience, build community with others and learn more about herself before getting into a committed relationship.

Hargrave said how people are loved by others teaches them about their identity, emphasizing the importance of love in relationships.

Relationship dynamics from birth impact this development, and unhealthy coping mechanisms can form if those dynamics are destructive, Hargrave said.

“If we’re born into a place that honors who we are, that helps us create a healthy identity, we’re going to be more able to connect to other people in relationships because we feel good about who we are,” Hargrave said.

One of the problems in relationships is a tendency to cut the other person off and leave when things get especially challenging. However, Hargrave said by empowering people to identify their own feelings and coping mechanisms and focus on their own participation in a relationship, they can change their interactions within the relationship.

“Because if you’re in a relationship and you spend most of the time trying to change the person that you’re in the relationship with, it doesn’t work,” Hargrave said. “You cannot change another person.”

Hargrave also emphasized how relationships can contribute to personal growth.

The formation of trust

Hargrave said another essential part of a relationship — in addition to love — is trust. There are three significant components of trust: predictability, openness and honesty, and balance.

“The concept of ‘Am I safe in relationships?’ we don’t think about that as much,” Hargrave said. “But it is as important, if not more important that we feel like we can trust another relationship.”

The first component, predictability, is when a person does what they say they’re going to do.

“People have to be trustworthy, up to 85 to 90% of the time in order for us to feel comfortable in relationships,” Hargrave said.

Pepperdine senior David McQuilkin said in his relationship with his boyfriend Justin Welling, he feels he can be fully transparent with his emotions — fulfilling the second pillar of trust: openness and honesty.

“We really built a strong foundation and kind of figured out what each other’s goals were before the relationship even started,” McQuilkin said. “So it’s kind of easy to build a relationship once you are both on the same page.”

McQuilkin said an important milestone for him in the relationship was when he stayed with Welling and his family.

“That was the first time where I was like, ‘Oh, wow, I really see myself fitting in with this family for the long run,'” McQuilkin said.

Family became an especially important part of the relationship for McQuilkin when he lost his mom to cancer in December 2019.

“Having [Justin] along my side during the whole process of her cancer diagnosis and her passing away, I think that kind of really put family in the forefront of my mind and kind of made being around his family and him being around my family more of an importance to me,” McQuilkin said.

Hargrave, who met her now-husband Terry Hargrave while in eighth grade, said their dating relationship lacked stability because of her fear of relationships due to the loss of her father and two brothers.

“I would have told you I wanted to be in a close relationship, but there was something inside of me that every time Terry and I got too close, I would break up with him,” Hargrave said.

She and Terry have now been married for 41 years, have raised a son and a daughter and have two grandsons.

Pepperdine 2020 alumni Lexi Johnson and Harold Aguayo met when they were first-years and have been dating for three years.

Aguayo said during their friendship and when they first started dating, they had established three values in their relationship: communication, transparency and honesty.

One thing they’ve been able to do when a conflict arises between them is to view them as “us versus the issue.”

Their relationship also exemplifies the third component of trust, balance. Aguayo said he and Johnson are equals in their relationship, but that does not always mean they have to split their efforts 50/50.

“I don’t think that’s really realistic in a relationship,” Aguayo said. “I think that there’s going to be times where your partner is gonna need you to give 90% and all they could give is 10%, but as long as that’s not happening 100% of the time, then I think you’re solid.”

The concept of soul mates

When thinking about the topic of soul mates, Doran said he and his wife both believe that it is possible for them to be married to other people and still live perfectly happy lives.

“To think that if we had not found each other, we would have been miserable, terrible human beings, I think is a really weird Hollywood-ish kind of idea,” Doran said.

Doran said he is not a big fan of the concept of soul mates and does not think it is real; however, he does believe that there is something about feeling connected to another person.

As a former scientist, Doran thinks about the Quantum Entanglement Theory, which is when there is an entanglement between particles and something could happen on one side of the universe that would be entangled with another part of the universe.

Doran said he believes that instead of soul mates, people can be so connected with and engrossed in another person’s life, in a healthy way, that it is hard for some to even imagine themselves without that person.

Aguayo and Johnson said they are not huge fans of the concept of soul mates because they think it implies that everything in a relationship is easy, when in reality, a lot of hard work is put in.

Hargrave said she believes relationships can be challenging because a marriage or a relationship often acts as a mirror that allows a person to see themself like they never have before. While this can be difficult, the relationship is still worthwhile, as there is no greater joy than having a companion that goes through life with you.