The beginning of a new baseball season is a beautiful thing. Hope springs eternal for everyone, regardless of their roster’s state.

It’s the time of year when anything is possible. Dreams of October glory cloud the mind, while the cutthroat nature of a 162-game season hasn’t yet eviscerated hope. It’s the time of year before incredulous bottom-dwellers are given the heart-breaking answer to the optimistic query, “Why not us?” Apologies for the excess of negativity, but the line between cynicism and realism tends to become blurred after 108 years of losing.

Yes, I’m a fan of that team from the North side of Chicago that hasn’t won the World Series since Teddy Roosevelt was in office. While I realize that I’ve disclosed the inherent bias of this piece, writing this without partiality towards the Chicago Cubs would be all but impossible. But before I go on talking about how the Cubs are going to win the next 100 World Series’, let’s address the rest of National League.

s to the Mets in the NLDS, the Dodgers enter the 2016 season as somewhat of an enigma. The team took a blow in the offseason when Cy Young runner-up Zach Greinke rejected LA’s five year, $155 million dollar deal, bolting to Arizona. But despite the departure, there’s still plenty of room for optimism.

Dave Roberts was hired as manager to replace a lightning rod of criticism in Don Mattingly. Roberts, a rookie skipper, looks to fully utilize a talented roster that has never quite lived up to expectations.

Clayton Kershaw remains arguably the best pitcher in the game, anchoring a still-formidable pitching staff, but if LA wants to reach their full potential the offense must do their part. While they were fourth in the MLB with a .326 OBP, their 638 RBI ranked only 19th in the MLB. Yasiel Puig returning to All-Star form will be key for LA to win the West.

With titles in 2010, 2012 and 2014, Giants fans are convinced that the even year championship trend will continue. Expectations may seem lofty for a team that won only 84 games in 2015, but the Giants are greatly improved, adding starting pitchers Jeff Samardzija and Johnny Cueto, as well as CF Denard Span. Key contributors to past championships remain, in catcher Buster Posey, RF Hunter Pence and undisputed ace Madison Bumgarner.

If the Giants are to win another championship, there will be no denying their claim to a full fledged dynasty.

After a busy offseason in which they signed Zach Greinke and traded for Braves ace Shelby Miller, the Diamondbacks are a trendy pick to win the West.

Arizona is led on offense by All-Star first baseman Paul Goldschmidt, who had a phenomenal 2015, batting .321 with 33 homers. The injury of break out star A.J. Pollock is a definite setback, but if third baseman Yasmany Tomas can build upon a solid rookie season and David Peralta can replicate the offensive success he had last year, the D-Backs could be a legitimate threat to win their division.

The Mets got a taste of postseason glory last October, winning their first NL pennant since 2000, before losing to the Royals in the Fall Classic. The Mets were unable to retain playoff hero David Murphy, but replaced him with a solid Neil Walker at second base. But surprisingly, New York re-signed All-Star slugger Yoenis Cespedes, who was thought by many to land elsewhere.

Heading into 2015 the Nationals were all but pre-ordained to be the last men standing in October. But then the season happened. Despite Bryce Harper’s monstrous MVP campaign, the Nationals posted a disappointing 83-79 record. The Nats’ epic implosion was more than enough to warrant the nixing of Matt Williams, who is now replaced by Dusty Baker. Having already led three teams to the playoffs, Baker brings in a wealth of experience to the job. If Baker can make proper use of his loaded roster, the sky is the limit.

Last season the Cardinals were in a constant battle with the injury bug. Chris Carpenter, Lance Lynn and Matt Holiday all missed several month stretches, but still, the Cards somehow, inexplicably, owned the MLB’s best record.

But after racking up 100 wins in the regular season, the red hot Cardinals were ousted in the NLDS in four games by some team from Chicago. In the offseason the Cardinals failed to re-sign arguably their most valuable player, CF Jason Heyward, as well as their top pitching performer John Lackey.

Although they did sign former Giants starter Mike Leake, it’s safe to say St. Louis has seen better winters. But these are still the Cardinals we’re talking about. They could field a roster full of Little Leaguers and still find a way to win 90 games.

In 2012, the Bucs finally clinched a playoff birth, following a 20-year playoff drought. Pittsburgh has made the playoffs every year since, but they’ve failed to advance past the divisional round, losing in one game Wild Cards the past three years. 2013 MVP Andrew McCutchen is still in the prime of his career and Gerrit Cole continues to pitch at high level. But the Pirates suffered a couple key losses as Pedro Alvarez, who hit 27 homers last year, left for Baltimore, and second baseman Neil Walker signed with the Mets.

The Pirates remain a strong ball club, but if last year’s edition couldn’t win a pennant, there’s no reason to believe this season will end differently.

In case you haven’t you haven’t heard, the Chicago Cubs haven’t won the World Series since 1908. Since that year, America has fought in two world wars, gone through 18 presidents, and has produced the television, microwaves and Taco Bell’s new Quesalupa.

In 2015, the Cubs had their best season since the demoralizing heart break of 2003. (If you don’t know what I’m talking about, Google “Steve Bartman.”) The young core of the Cubs finally united at Wrigley, and the results were, in the most un-biased of terms, satisfactory.

Theo Epstein, the man that brought together Boston’s curse-ending roster in 2004, is trying to do the same for the Cubs. From 2010 to 2014, the Cubs finished dead last in the NL Central. the NL Central. However, in that time the Cubbies began stockpiling a daunting fleet of young talent. In the 2015 offseason the Cubs hired manager/baseball guru Joe Maddon, and later, the top prize of the free agent market, starting pitcher Jon Lester. All of the sudden, a World Series title began to seem within the realm of possibility.

In 2015 the Cubs exceeded expectations, winning 97 games to earn their first postseason birth since 2008. Everything that could go right did for the Cubs.

Kris Bryant emerged as the Rookie of the Year, hitting 26 homeruns, first baseman Anthony Rizzo made a case for NL MVP, and starter Jake Arrieta earned the Cy Young Award, posting 22 wins and an unreal 1.77 ERA.

In the playoffs, the Cubs began by knocking off the Pirates in a one game Wild Card, and then in the NLDS, the Cubs dueled their most hated rivals, the St. Louis Cardinals. The Cubs dominated the Cards, beating them in four games. A World Series was within reach… But then the Cubs were swept in the four games by the New York Mets in the NLCS… We don’t need to talk about that part.

Had the Cubs been stagnant this winter, this year’s expectations would still be great. But stagnant they were not. After beating the Cardinals in the playoffs, the Cubs poured salt in the wounds, snagging free agent starting pitcher John Lackey and center fielder Jason Heyward from St. Louis. To empty out the can of Morton, Heyward, the best all around player of the free agent market, took a $16 million pay cut to join the Cubs instead of the Cardinals. Additionally, the Cubs penned two-time All-Star second baseman Ben Zobrist, fresh of a World Series victory with the Royals.

The expectations for this Cubs team are higher than Chicago’s Sears Tower, (which, for the record, is 630 feet higher than LA’s Wilshire Grand Tower). ESPN, Las Vegas and countless others have predicted the Cubs to win it all.

It seems like any thing short of a World Series will be a disappointment for the Cubs. But hey, I’m a Cubs fan. I’m used to disappointment. So I say bring on the ridiculous expectations or, as manager Joe Maddon says, embrace the target. My 2016 prediction for the Cubs is the same as every other season I’ve been cognizant…This is the year. 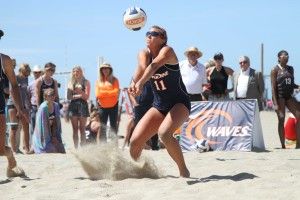