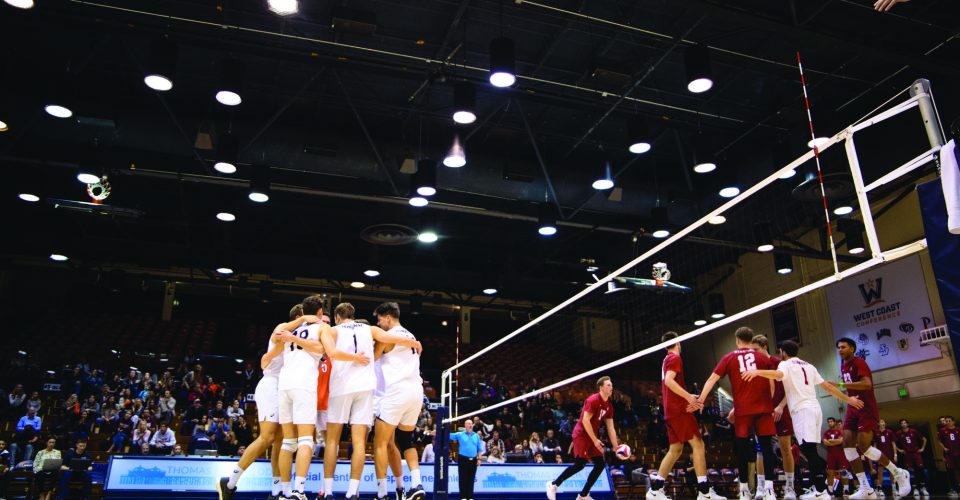 Pepperdine Men’s Volleyball finds themselves ranked No. 4 in the nation halfway through their season. The Waves sit at 10-2 with 11 games remaining in the regular season.

Pepperdine’s strong play has them ranked higher than any other Mountain Pacific Sports Federation (MPSF) team in the national poll.

Last season, the team finished with an overall record of 15-8, putting them at No. 3 in the MPSF behind Brigham Young and the University of California, Los Angeles.

“I think we do a really good job of handling adversity and when other teams play well,” Wieczorek said. “We’re a gritty, feisty group that plays hard and competes well.”

Wieczorek is one of Pepperdine’s key players who is having a great season. In the same week, he was named the Sports Imports/American Volleyball Coaches Association Division I-II National Player of the Week and the MPSF Offensive Player of the Week.

“I’m not a very good self-promoter … but I think [my season] is going well,” Wieczorek said. “I’m just trying to work hard and be the best player I can be.”

Another Wave who has found early season success on the court is fifth year graduate student Kevin Vaz.

Vaz started playing volleyball after his family moved from Paris, France to Miami, Florida, in 2008, but has plenty of experience from his time playing at Irvine Valley College and Cal Baptist University.

“[Vaz] has brought a lot of fire to the team, a lot of energy,” redshirt sophomore Robert Mullahey said. “He’s a really big trash talker in the gym, even when he can’t really back it up. He’s a really great competitor, and it’s a lot of fun to go to battle with him.”

Despite leading the team in blocks and being fourth in points and fifth in kills, Vaz said he believes he can improve.

“[My play] could be better,” Vaz said. “I don’t think I’ve reached my full potential.”

As a setter and second-year starter, Mullahey also plays an important role on the team. He played in all but five sets so far this season, helping him lead the team in sets by 363.

“I’ve been working on a lot over the summer and in the fall,” Mullahey said. “I’m stoked with how things are turning out so far.”

Continuing this level of success will not get any easier for the Waves in the second half of the season. In 5 out of their last 11 regular season games, the Waves will play teams currently ranked in the nation’s top 10. They also play No. 2 Hawaii Mar. 9 in the Outrigger Hotels and Resorts Invitational tournament in Honolulu, O’Ahu.

Pepperdine plays UCLA Feb. 27 on the road and Mar. 27 at Firestone Fieldhouse. They defeated BYU and Stanford at home this season, but play both on the road, Mar. 14 at Stanford and Mar. 16 at BYU. The Waves get a home rematch against UC Irvine Mar. 23.

The Waves know they will need to continue to improve to finish the year as strong as they started.

“We need to continue to get sharper,” Vaz said. “We definitely have the tools, but we need to keep sharpening to be as efficient as we can be.”

“If each guy can make a little change in their game … to get better at something they’ve been working on,” Wieczorek said. “We’re going to be a great team.” 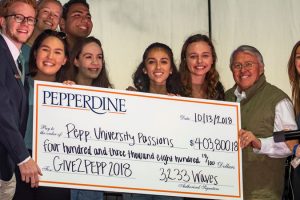 Photo courtesy of Pepperdine Fund office Tis' the season for giving at Pepperdine, but this year Give2Pepp is not just...
Copyright 2018 Pepperdine Graphic
Back to top