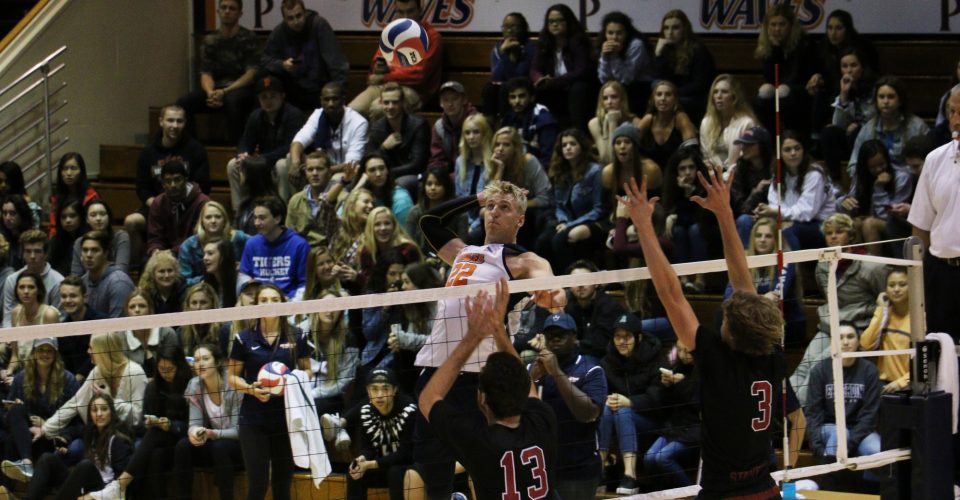 “It was a very intense and hard fought game where both teams competed hard,” Junior outside hitter Alex Harthaller said. “It is tough to not come out on top after such an emotional finish, but we also have to give credit to Stanford; they battled and played great defense and made great plays down the stretch.”

The first set saw a Stanford lead early, but ended with the Waves fighting off four set points. The Cardinal eventually won 26-24, gaining momentum that would carry them into the second set, where they dominated with a score of 25-16. The Waves hit -.030 in the second set, with only seven kills, an extremely low number for a team that currently leads the NCAA in kills per set with 14.

“We would have liked to generate a little more offense,” Associate Head Coach David Hunt wrote in an email. “That will come with time. We lost two big offensive weapons from last year’s team. We are still trying to figure out where to score those points that those two players scored for us last year.”

“I would say what we need to work on most as a team is consistency, both offensively and defensively,” junior outside hitter Owen Yoshimoto said.

The Waves came back in set three to win dominantly with a score of 25-13. The fourth set was hard fought, with the score tied three times throughout the set. The Cardinal eventually put it away, however, to win the set 26-24 and the game 3-1.

“We’ll now get back in the gym and train hard to bounce back, the next team is already awaiting us on Wednesday,” Harthaller said, “It is a long season and there is a lot of volleyball left to play for us to show what we are made of, and we are excited for that.”

While Wexter led the Waves in kills with 13, he was followed by redshirt sophomore outside hitter David Wieczorek with 12 and Harthaller with nine. The Waves hit .207 as a team.

Serving was again a strong point for the Waves, Hunt pointed out.

“We served and passed the ball well against Stanford,” Hunt wrote, “We had eight aces and eight errors which are rare in Men’s Volleyball. If you’re making your serve 85 percent of the time, you are a good serving team. We served in at 91 percent. Also, we served the ball aggressively. We took our opponent out of system a fair amount.”

Of those eight aces, three were served by Harthaller, two by Wexter and one each by Wieczorek and seniors Mitchell Penning and Max States.

Senior setter Josh Stewart led the team in assists with 22, while fellow senior setter Soren Dion-Kindem had 20 as well. Harthaller had a team high three aces, while Wieczorek and Yoshimoto led the team in digs with six each. Wexter and junior Clay Carr each had five blocks in the loss.

“This week I am looking forward to working on consistency and taking on Cal Baptist on Wednesday and another big game Saturday,” Yoshimoto said.

The Waves will have a chance to redeem the loss as MPSF play heats up at home next week.

“These next few practices we are just trying to make minor adjustments to each guys game,” Hunt wrote, “One thing here, one thing there. If each player changes one thing about their game, by Wednesday, we have an entirely different team with six new weapons.”

The Waves will take on Cal Baptist on January 25 at 7 p.m. and USC on January 28 at 2 p.m., both in Firestone Fieldhouse. Both competitors are unranked nationally, but have received votes in recent MPSF polls. 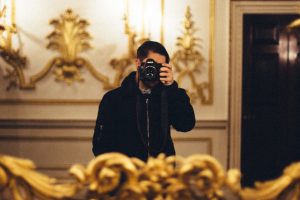