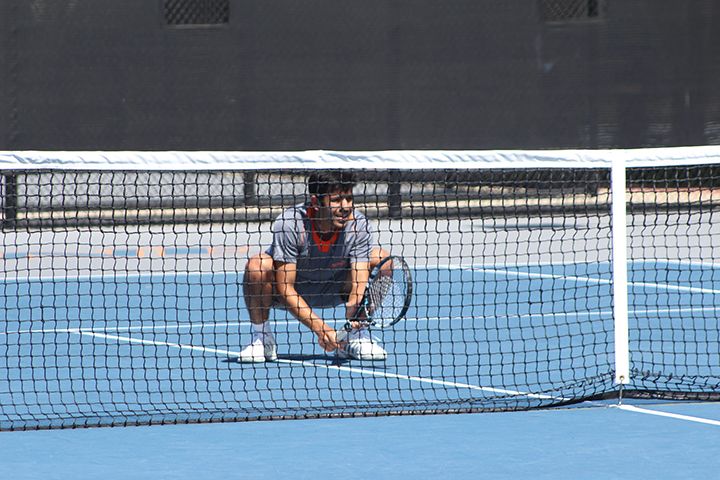 Pepperdine started the season at the Intercollegiate Tennis Association (ITA) Kick-Off Weekend. The Waves did not open with the easiest of challenges. The men took on UCLA, the No. 4 team in the nation, on Friday but despite putting up a good contest, Pepperdine bowed out to a 5-0 loss.

Sophomore Guilherme Hadlich, playing his first- ever dual match for Pepperdine, fought hard against No. 7-ranked Mackenzie McDonald only to lose the first set 10-8 in the tiebreaker. Hadlich played in the No. 1 position for the Waves and was tied with McDonald 2-2 in the second set before the match was suspended because the Waves could no longer make a comeback.

“We have a really young team, so there are still some adjustments that need to be made,” Hadlich said. “However, this team has a great chemistry and a lot of players with potential, so I strongly believe we can accomplish great things together.”

Due to an injury, the Waves faced the Bruins without their best player, sophomore Stefan Menichella. His absence has allowed for several players, such as sophomore Tom Hill and senior Rakshay Thakkar to step up to the challenge.

Thakkar, playing in the No. 2 position, has seen a significant improvement since last season when he was usually playing as No. 5 or No. 6 in the lineup. Hill played in the No. 6 position and won the Waves’ only set in the match against No. 90-ranked Austin Rapp.

However, the Waves’ redemption came on Saturday with a victory against No. 34 Boise State. Despite losing in doubles, Hadlich, Thakkar, Hill and freshman Lautaro Pane won their singles matches and helped the team clinch a 4-2 victory. Thakkar played a convincing win with partials of 6-0 and 7-5. Hill, once again with a consistent performance, provided the game point in a thrilling three-set win of 6-4, 1-6, 6-4.

“We are a young team, but the energy is good,” Hill said. “I definitely think we can be contenders for the NCAA in the next two years.”

“I preach to the guys all the time that we need to go one step at a time. Of course we have our team goals, and at Pepperdine we should never go short of a national championship,” Ferreira said. “But for us to get to that point, we need to just take it one step at a time, especially with a very young team.”

The main goal of the team for the remainder of the season is to qualify for the NCAA championship in May. In order to do so, the Waves will need more wins than losses overall or to win the West Coast Conference Championship in April.

Ranked No. 54 in the nation, the Waves are currently 1-1 overall. For their next game, the Waves will take on the University of South Florida here in Malibu on Saturday at 1:30 p.m. 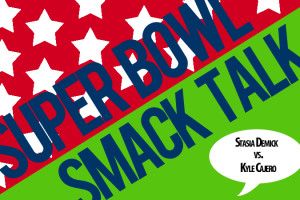 Seahawk Success: (Stasia Demick)Both teams boast a 14-4 record going into Sunday. It is the same Goliath and the Giant story...
Copyright 2018 Pepperdine Graphic
Back to top