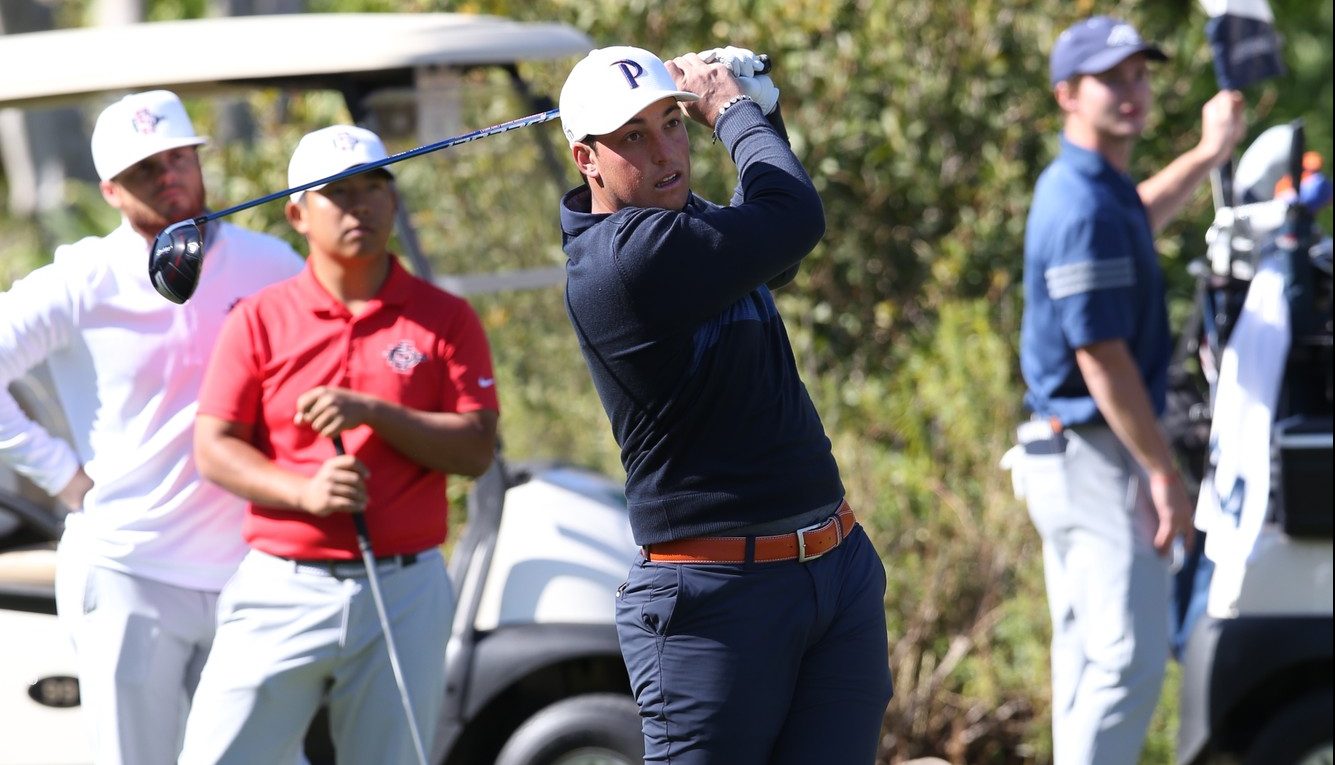 Pepperdine Men’s Golf enters the 2019 spring season optimistic. With two freshmen and five returners, the Waves look to tap into all that shared experience.

All this fall success has the Waves ranked 15th in the nation.

“Honestly, I think this is the best fall start we’ve had since I’ve been here,” Feagler said. “We’ve been ranked as high as four in the country, which is probably the lowest it’s been for our team in a while.”

Manke said he thinks Pepperdine’s fast start might have something to do with the large number of returners.

“We added two freshmen, so it’s not a big freshman class or anything,” Manke said. “There’s not a ton of adjustment. So being able to go back to similar courses where we’ve played in years past, and to be able to grow in past experiences will of course help us to succeed.”

Cootes said he believes the returner’s presence on the course benefits the freshmen.

“Over the last three years, especially this year, three to four out of the five of our starters are returners,” Cootes said. “I think that helps a lot, especially when a freshman comes in the lineup, they could either look for us to play well out there or take advice from us if they haven’t been in a tournament.”

The Waves have plenty of experience to draw from on and off the course. Because of this, the returners share some of the leadership responsibilities among them.

“This year it’s been pretty big, as far as everyone on the team coming to me, whether it’s school advice or it’s golf advice,” Cootes said. “Freshmen especially… they’ve asked me the most questions out of anyone. Whether that’s golf and how we do things as a team, or whether it’s how to manage your time as a student athlete.”

Manke said he focuses on getting the team to do the little things like coming to practice on time, but he also does more than keep people in line.

“I emphasize having fun on the golf course,” Manke said. “Whenever I have a good round, I’m having fun out there. If it’s a miserable day, odds are I’m not going to play well.”

Feagler said he prefers to lead by example.

“Roy [Cootes]’s our captain,” Feagler said. “He’s a senior on the team. I just play my role and try to do good for our team, and if there’s something I need to say, I’ll say it.”

Cootes said he thinks Feagler may find himself in a pivotal role on the course this season, along with McCarthy.

“They’ve always been there, especially since they came in as freshman, they’ve performed unbelievably,” Cootes said. “I think [McCarthy] is going to have a really big breakout spring, which we need to end up making the push to win nationals.”

The Waves want to reach and win the NCAA National Championship, especially after barely missing qualifying for the tournament last year.

“We were in second place, and to let it all slip on the back nine of regionals didn’t really settle right with us,” Feagler said. “I think we’ve got a different team this year, we’ve got two really good freshmen who can play and really contribute.”

Feagler said Cootes, playing his last season at Pepperdine, will give it his all.

“Personal goals would be to win a tournament in the spring, one of the seven that we have, and then try to win the NCAA individual national championship as well,” Cootes said.

Feagler said he wants to follow in the footsteps of his injured teammate, senior Sahith Theegala.

“My one goal is definitely to make the Arnold Palmer Cup team,” Feagler said. “It would be a really prestigious honor to make that team and represent the USA.”

Theegala made the Arnold Palmer Cup team last year and played for the United States team against the International team.

Redshirting due to injury, Theegala will not play this season. Even without him, the Waves feel confident about their spring tournaments, including the upcoming Prestige at PGA West.

“We’ve been going to that for 10 years now, maybe,” Cootes said. “It’s always been a good one… We finished second there last year. Two out of the three years I’ve played, we finished second, so hopefully this year we can finally win it. It’s always a good field, and we always show up ready to play—we just haven’t gotten over the edge of winning.”

Pepperdine does know something about winning at the Prestige. Feagler won the tournament last year.

“Last year was definitely a turning point in my college career,” Feagler said. “I knew I could win a college level, and it kind of gave me confidence last year that I could do it again… Prestige is one of those heartwarming tournaments for me.”