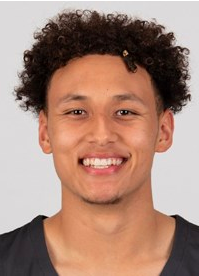 Pepperdine Men’s Basketball completed a season sweep of the San Diego Toreros on Saturday at Firestone Fieldhouse, winning 70-67. The game came down to the last two and a half seconds, when freshman Kessler Edwards scored the game-winning basket.

This was the second time the Waves beat the Toreros in a close game this season, having won 76-71 Jan. 12. Colbey Ross’ 10 assists moved him into 10th place all-time in school history.

The largest lead for either team came midway through the first half, when Pepperdine went on an 11-3 run to make the score 23-16 with 9:13 left. That was when the Waves’ lead began to slip away.

“We let down defensively, but we turned the ball over,” Head Coach Lorenzo Romar said. “We had too many turnovers down the stretch the first half, and that changed the game.”

The Toreros slowly fought their way back into the lead at 28-27 with 4:10 remaining. San Diego brought that one point lead into the locker room at halftime, 32-31.

“We thought our defense could’ve been better in the first half,” Edwards said. “We told ourselves we need to turn it up and bring more intensity, and I think that’s what we did.”

Pepperdine’s defense helped keep the game close for the entire second half, with neither team ever leading by more than six. With only 19 seconds remaining in the game, the Toreros hit a three point shot to go up 67-64.

Eleven seconds later, sophomore Colbey Ross drew a foul beyond the arc, giving him three free throw attempts. He made the first and missed the second to cut the San Diego lead to two. Ross said he intentionally missed the final free throw, and sophomore Jadé Smith grabbed the rebound and was fouled with seven seconds remaining.

Smith made his first free throw and missed the second but collected his own rebound. Smith passed the ball to Ross who found Edwards open under the basket.

“I just threw it up because I know [Edwards] is 6‘8” and I knew if I threw it up to the rim he would go grab it and finish the layup,” Ross said. “I knew something good was going to happen from that play.”

Edwards jumped up to catch the pass, landed and laid the ball off the glass for the game-winning basket.

“I knew it was coming,” Edwards said. “I knew I had to score it. So I just gave him a pump fake and finished it.”

With their second win of the season over the Toreros, the Waves improve to 5-6 in the West Coast Conference and 12-13 overall, while San Diego falls to 5-5 in the WCC and 16-9 overall.

“[This matchup was] more intense because they had something to prove to us,” Ross said. “That the first one was a fluke.”

Both teams’ WCC rankings remain the same — Pepperdine at No. 8 and San Diego at No. 5.

“San Diego is a solid team,” Romar said. “They’re not going to give you the game, you’ve got to take it. They played well enough to win the game, it’s just that we made more plays than they did at the end.”

Romar said he believes sweeping the Toreros will have an impact on the team going forward.

“For the next games coming up, we’re playing Saint Mary’s, San Fran[cisco], and then Gonzaga,” Ross said. “Those are three of the toughest games we’re going to have to play this year, so I think it is going to build confidence into those games.”

Pepperdine will go on the road for those San Francisco, Saint Mary’s and Gonzaga games before returning to Firestone Fieldhouse to take on Portland Feb. 23 at 5 p.m. 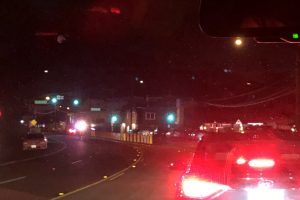 Photo Courtesy of Maggie Davis One male suspect is in custody after a car crash occurred late Saturday night involving...
Copyright 2018 Pepperdine Graphic
Back to top