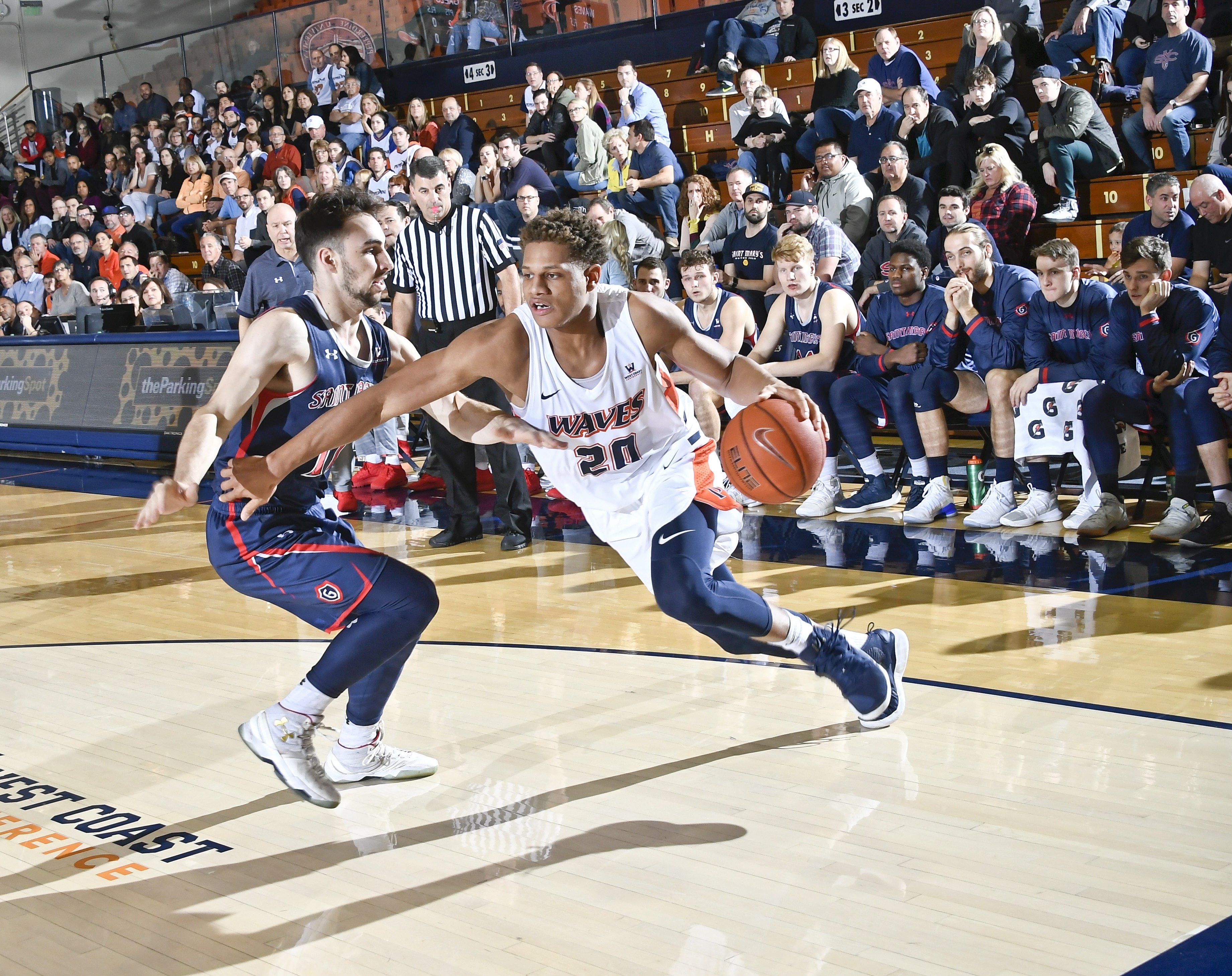 Pepperdine Men’s Basketball pulled out a win in overtime against the Saint Mary’s Gaels Saturday night in Firestone Fieldhouse. The Waves improved to 3-4 in conference play while the Gaels dropped to 4-3.

Saturday was only Pepperdine’s second overtime game of the season and their first overtime win. The Waves scored 18 points in the extra frame with 11 coming from sophomore Colbey Ross.

The teams played a close game throughout the first half. The largest lead for either team was Saint Mary’s six point lead with 3:08 remaining. Pepperdine came back with a 7-0 run to end the half and take the lead into the locker room, 32-31.

“We’ve been in that same position a lot, where we’ve been up at halftime and ended up blowing the game,” redshirt junior Kameron Edwards said. “So being up at halftime, we knew it was another one of those situations where we could either take advantage of it in the second half or come out in the second half lethargic. It was kind of a skeptical feeling, but we came out nice with it.”

The second half remained close until Pepperdine went on a 10-3 run in the middle of the half to take a nine point lead, 59-50. Edwards said the difference during the run was the Waves’ defense.

“That’s kind of like in the other games, where we would struggle and where the other team would gain momentum was on the defensive end,” Edwards said. “We were definitely locked in in the middle of the second half and that made a big difference.”

The Gaels came back and took the lead 67-66 with 2:26 left in the half. Ross made three free throws and Saint Mary’s junior Jordan Ford made a two point field goal before the end of regulation to tie the game at 69.

Ross continued his late game excellence in the overtime period, going three for three from the field and four for four from the free throw line.

“[Ross] was huge,” Edwards said. “It was expected. He always comes out huge in clutch situations, but he just came out huge tonight and had a great one for us. We needed that.”

The Gaels presented a challenge for the Waves.

“They’re very good year in and year out,” Head Coach Lorenzo Romar said. “They’re a really tough opponent, and it’s good that we can get not just a win, but a quality win against someone that’s one of the best programs in our conference.”

Pepperdine shut down the Gaels’ top scorer, Ford, limiting him to 17 points.

“I thought defensively, we did a good job,” Romar said. “Jadé Smith, to me, is one of the better defensive guards in the country. I thought our team was focused on their big time players. Jordan Ford is the leading scorer in this conference, but I thought we did a good job of guarding him.”

Pepperdine students filled Firestone Fieldhouse more than usual Saturday, and Romar thought it made a difference.

“There’s no doubt,” Romar said. “There’s no doubt our team played better as a result of who was here in attendance. I just wish we could have a turnout like that or better every game, because our guys compete, our guys play hard.”

The Waves return to Firestone Fieldhouse on Feb. 7 to face Santa Clara and take on the University of San Diego on Feb. 9.