Meet the SGA Executive Board Candidates

Editor’s Note: SGA elections are Wednesday starting at 8 a.m. to Thursday at 8 a.m. 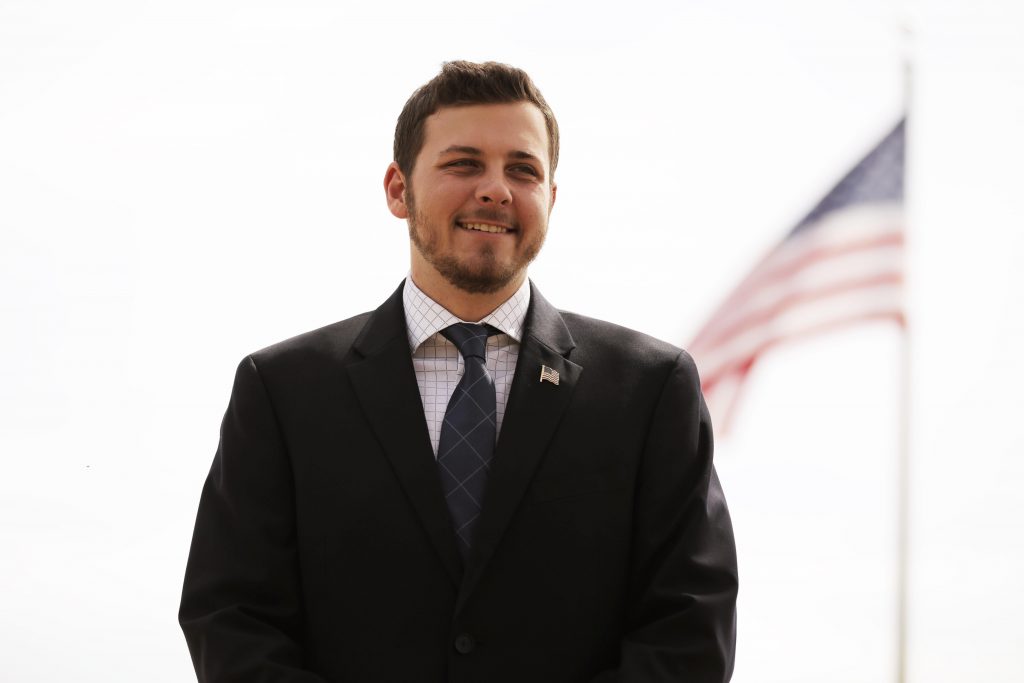 “I am running for SGA President because for the past year, I’ve served as the Vice President of Administration on the executive board, and I really feel that I’ve been able to make positive impact and change on campus throughout all the initiatives that the Executive Board and myself have all been working on in tandem. I’m not running for personal benefit, I’m running to be able to keep making these changes and improve the student body for not just next year or this past year, but I’m looking to change it so that in 5 or 10 years down the road, when I’m no longer here, when no one’s here, people will be using these things that we all came up with and we advocated for the student body.

Welch said he wanted to continue working on long-term projects, like adding 10 more water bottle-refilling stations on campus and continuing to register students to vote. Welch also said he wants to strive to encourage diversity and work to make students’ lives easier. 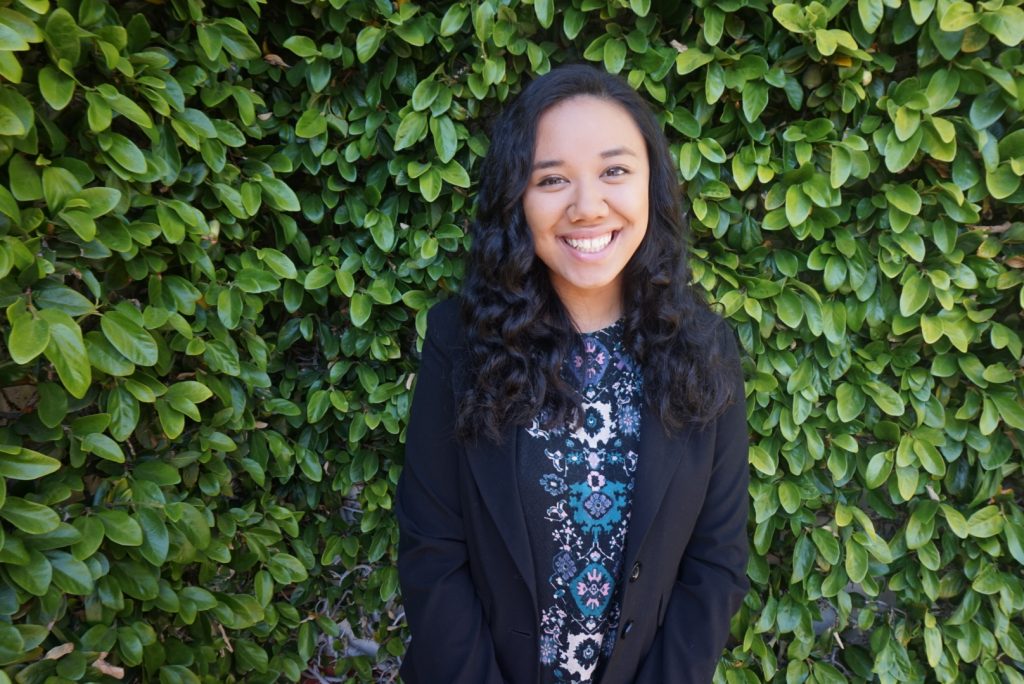 “These past two years on SGA that I’ve served have made me see what a complex, but amazing organization this is to be a part of. I knew that I wanted to transition on to Executive Board because my experience as freshman class senator, as well as sophomore class president this year, but I picked this position in particular because it was the position that fit my personality best. So that’s kind of my vision for the position as a whole, kind of taking action in every small and big thing that we’re doing, whether that be planning an event for a specific class or planning on how a resolution can change our campus in a positive way.”

Belda said her goals include ensuring students understand what SGA does and the motivations and processes behind their actions. Belda wants to Executive Board and Senate to be a committed group of people who are willing to put in the effort necessary to make changes over both shorter and longer periods of time. 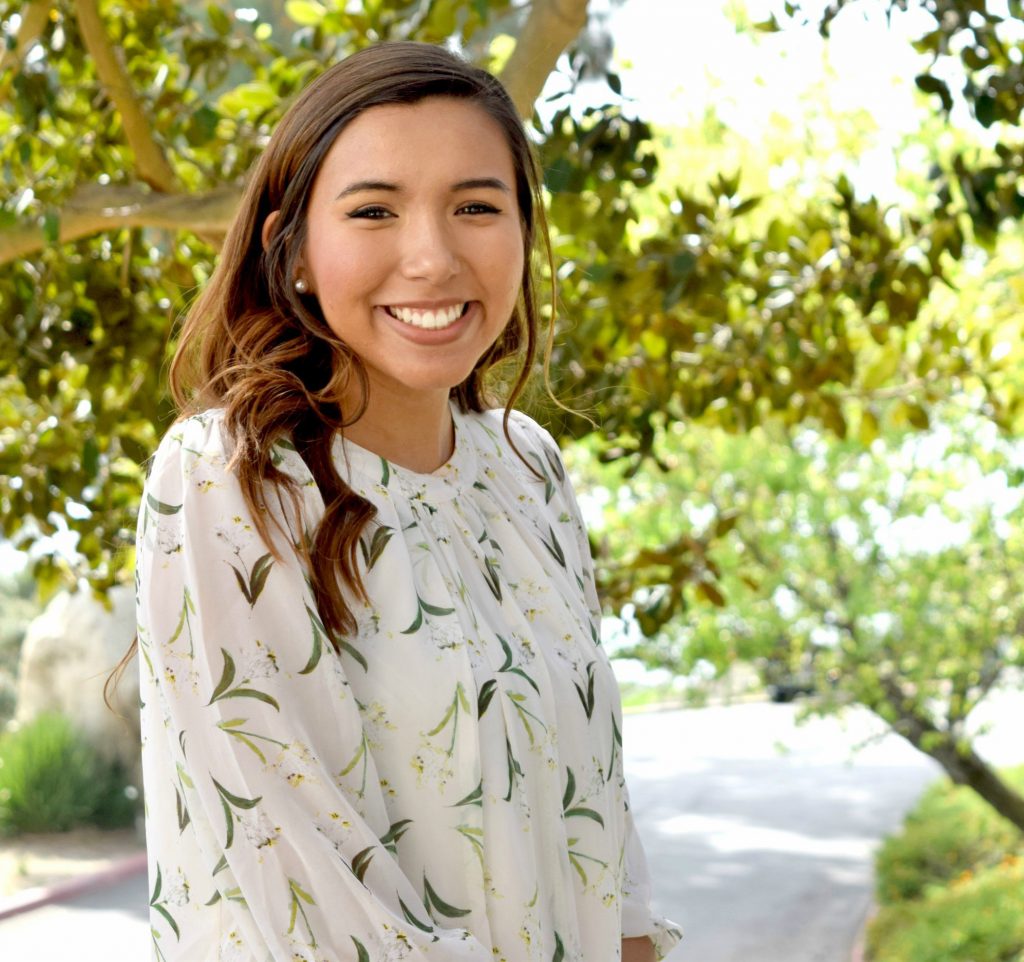 “I’m running for Executive Vice President in order to continue my leadership on campus and empower students to become engaged members of the university, to become more passionate and involved in enacting the change they want to see on campus, no matter what kind of change they want to see. I just want SGA to be more of a vehicle in which students can access it and really utilize it to the fullest of its extent. I want SGA to be more inclusive of the entire student body, because it is the Student Government Association. I’m honestly doing this in service of the students who I see have proven to be committed to actively engaging the campus, being more than just students, but student organizers, student activists, student leaders. I think that’s the beauty of being in university and being in college and I just want to honor that power that we secretly hold within ourselves.”

Ordaz said she wants to use new marketing and outreach strategies to make SGA more inclusive and welcoming organization, showing students that they don’t need to be in SGA to use the tools SGA supplies to make a difference on campus. Ordaz said she wants to start a semesterly leadership conference for leaders of all student organizations to inspire and empower students to see the tools they can use to make changes at Pepperdine. 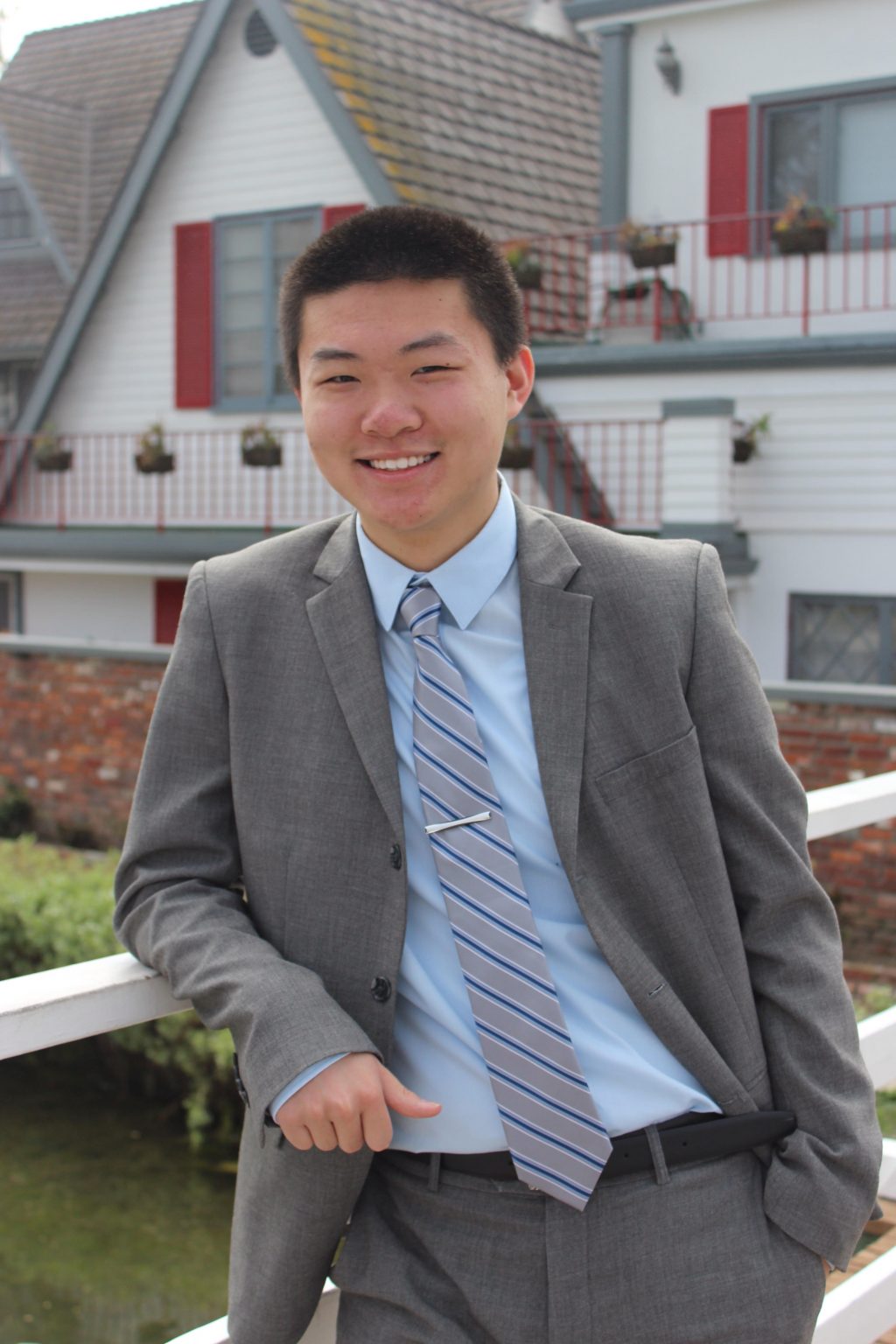 “I’m on SGA this year, so … this was my stage of learning how to do things with SGA, and now I’m ready to take that bigger challenge of being a voice for the whole student body, rather than just my sophomore class.” 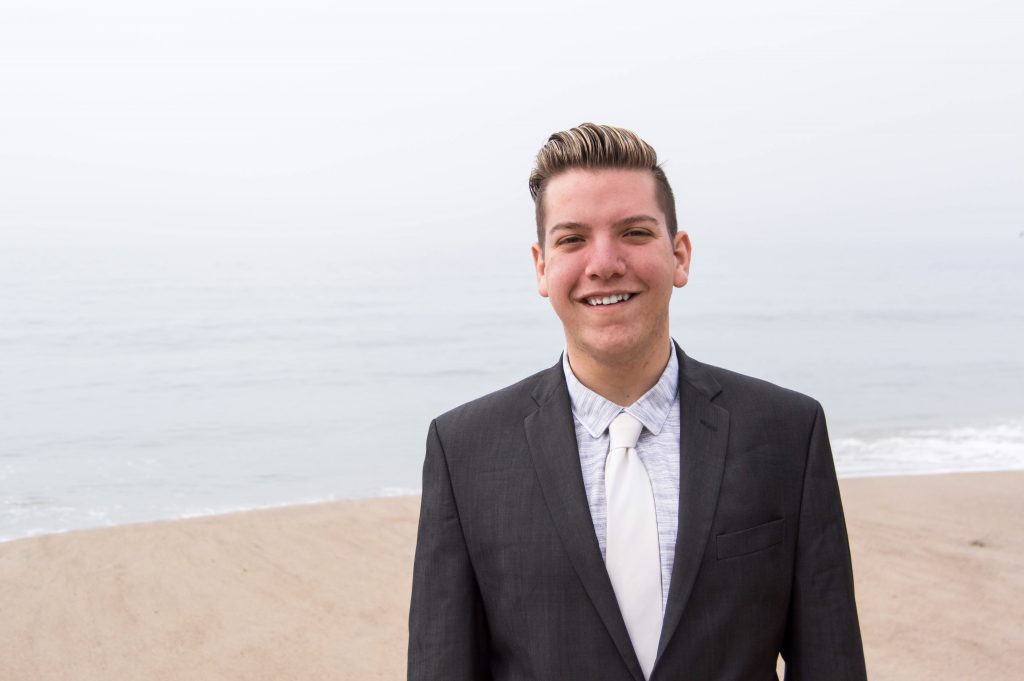 “In my time in SGA, I’ve loved it so much. I was involved in student council in high school, and I always felt there was something missing. Student council in high school is very much like you plan events and you get people to come. But when I came to Pepperdine and learned about SGA, I definitely fell in love with it and how it’s just a lot of working with administration and policies and legislation. It’s getting things actually done on campus rather than planning events. I was a senator last year and now I’m the president for the class of 2018. I love working on policies with administration and getting real changes for students on campus. Even though I wasn’t in SGA my freshman year, I really do feel like I’ve associated myself with SGA so much that people see me in that respect and come to me with their problems and I just love being the one that actually gets to go and fix it for them. It’s not benefiting one student, but every student. I just love having that ability.” 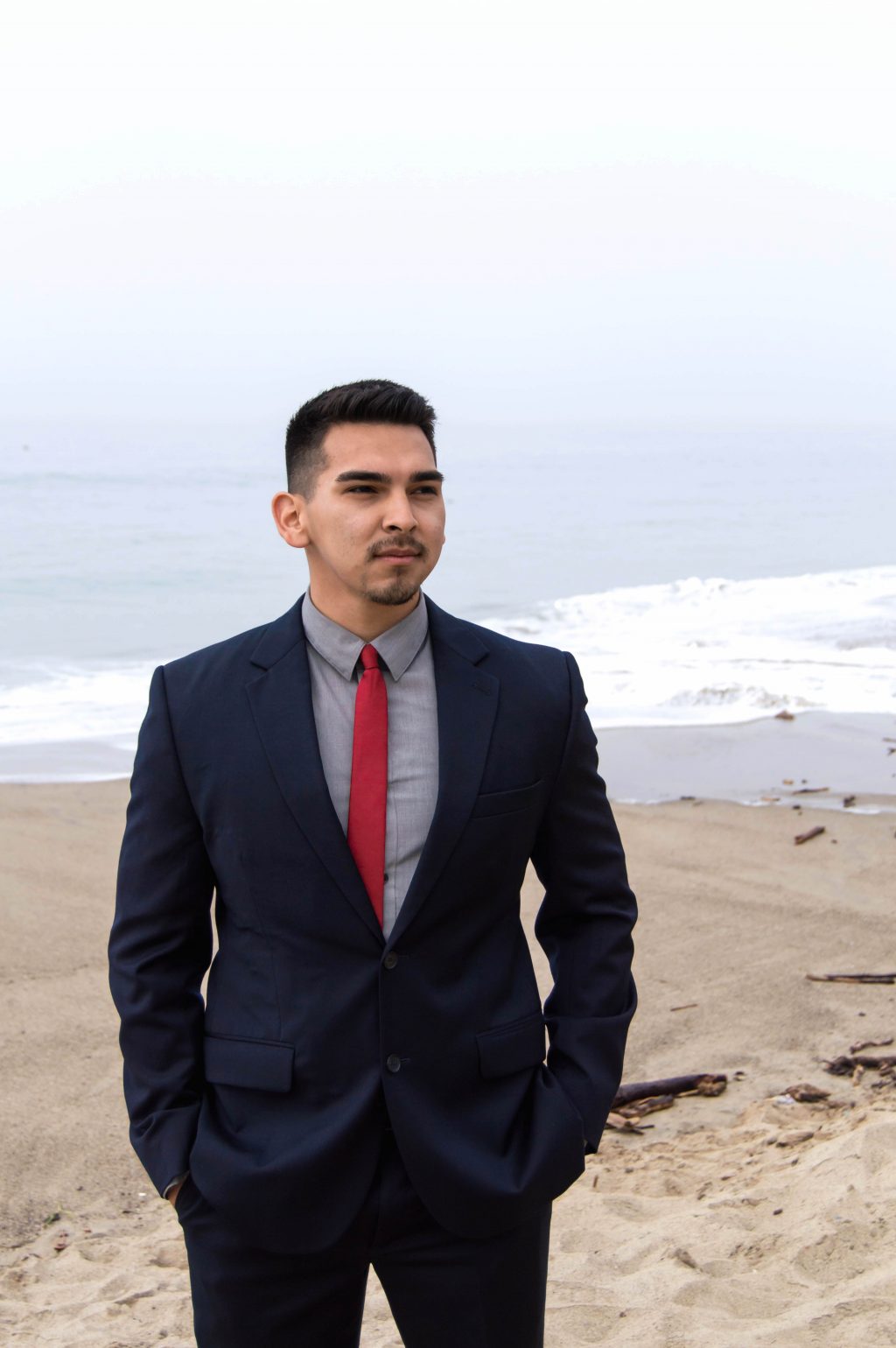 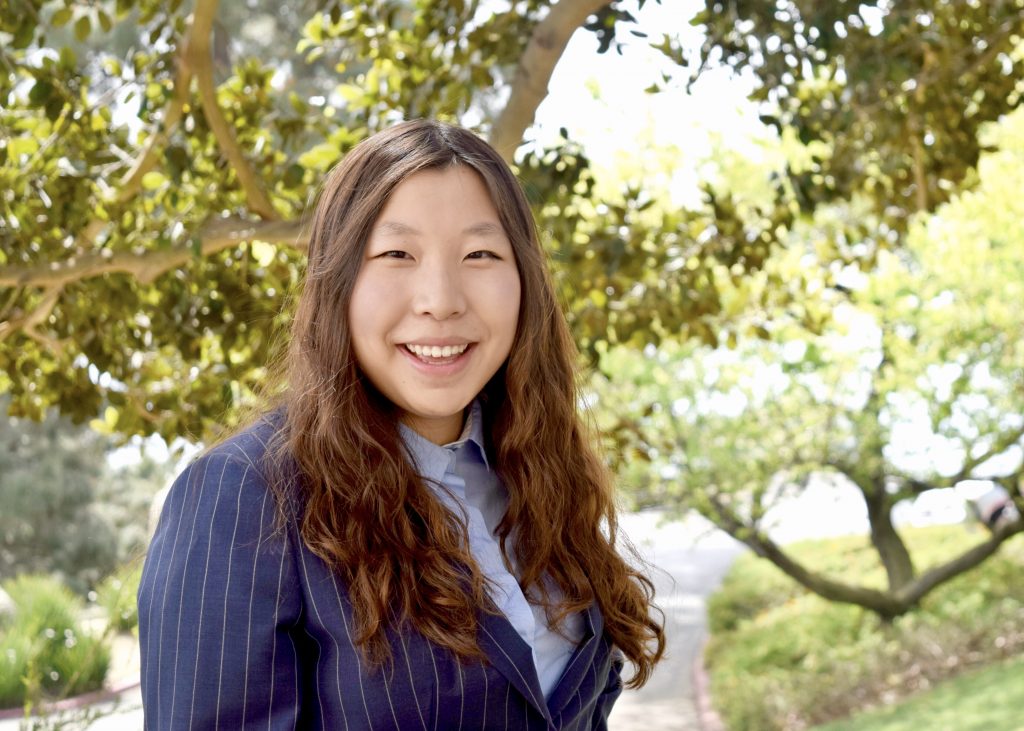 “Going into SGA, I didn’t quite know what to expect. But, now that I look back, I honestly have loved every minute of it. I have been able to do a lot of work … behind the scenes to make sure that things go smoothly. One of the resolutions I passed last year was to have … more outlets in the caf because, the library being out, a lot of people resort to the caf for an alternative study space. Last semester, they actually put out more outlets and opened more rooms for that as a result of my resolution. So, that was something that I was really glad to see cause I could actually see my resolution … making a little impact on campus and making students’ lives more easier.

That’s why I wanted to run again, because I really have grown a passion for being on SGA and just serving the student body in any ways I can. I really, definitely see myself being an agent between student bodies and the administration or other departments on campus so that when students have a concern, I want to make sure that they feel empowered to bring up that concern and not just live with it. Isabella and I have talked about the empowered leadership, what that actually means is just making sure that we’re not speaking for the students, but we’re empowering them so they feel empowered to speak for themselves.”

Xue said her goal revolves around the word “stewardship,” being the steward of the money in SGA. Xue said she wants to encourage transparency in the use of this money in SGA so that students know what their money is going toward. Xue also said she would like to work with the Financial Literacy Initiative to to ensure resources for issues like managing student loans and paying taxes are available to students.

EDITOR’S NOTE: Some names have been changed for anonymity. Three professional staff members have left Pepperdine as of Jan....
Copyright 2013 Jupiter Premium Magazine Theme
Back to top