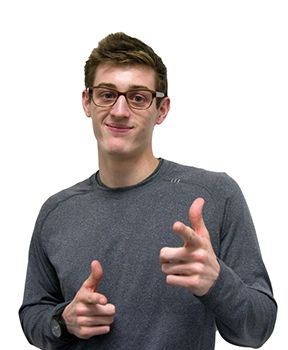 March Madness starts today, which means everyone and their barber is filling out a bracket in hopes of calling all 65 NCAA tournament games correctly. Of course, you have a better chance of getting attacked by a shark (while a vending machine falls on top of you outside of a Wal-Mart) than you do of picking all the games correctly. But has that ever stopped us before?

If this is going to be the year you finally do it, the year you sit down and figure out beyond a shadow of a doubt how this whole thing will shake out, then you’re going to need some guidelines. Luckily for you, I’ve laid them out in plain English right here on this page. Unluckily for you, we’ll already be halfway through day one when this gets to you.

1. The fool proof way to calling every game correctly is by filling out 68 brackets, each declaring a different team NCAA champ. It’s not for the faint of heart, but when that out-of-nowhere No. 15-seed makes it to the Final Four, you can smugly look at your friends and say, “I called it.” Finally, this will be what wins their respect.

2. When the Vegas odds makers and the statistics and the general public all seem to unanimously agree that Team A has no chance of beating Team B, due to size, shooting or general lack of competency, then go the other way. Stop looking at this thing like it’s a junior high algebra equation. It’s a total crapshoot; start treating it like one.

4. If Pepperdine beat them, don’t pencil that team into advancing. Thankfully, our team didn’t beat any NCAA tournament teams this year, so we don’t have to worry about this tip.

5. On a general note, if you played basketball in high school, make sure to go back through all of your box scores, and write down any opponents you played that are participating in the tournament. Then, when they show up on TV, make sure to have handwritten letters prepared for friends, family and random passersby explaining how you once played that guy and that you “almost scored … but they didn’t call a foul.” Again, another surefire way to make a friend.

6. Picking based on team color or coolest mascot? That’s been done before. Go out on a limb and pick on the attractiveness of the coach’s spouse, the lowest GPA of a school’s admitted freshmen, the average BMI of a team’s roster or the number of Greek letter organizations kicked off campus in the past calendar year. All of these strategies have an equal chance of success.

The only guarantee in this whole process is that your bracket will be busted before this newspaper even gets to you, and your great aunt Mavis will somehow call 98 percent of the games correctly and come within three games of winning Warren Buffet’s Billion Dollar Bracket Challenge.

Too bad. I guess the infinity pool will have to wait until next year.