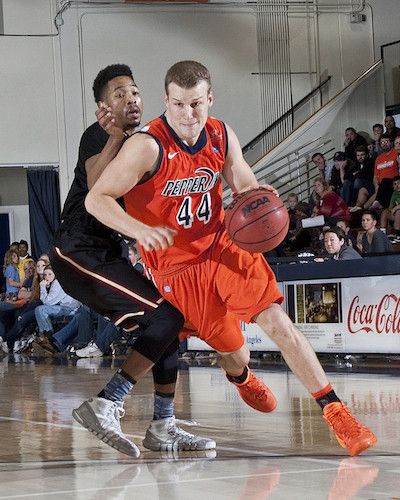 A year after graduating Pepperdine as co-valedictorian, Malte Kramer co-founded and became CEO of Givvr, a site that allows users to convert their time into money and donate to the cause of his or her choice.

Kramer founded Givvr in April 2014, the same month he graduated at the top of his class at Pepperdine.

Since then, Kramer has traveled the world, inspiring others to make a difference and take charge of their futures.

“I wanted to start a company with a higher purpose and a vision of improving the way young people engage with and support charitable causes,” Kramer said. “As a student, I didn’t have a lot of money to donate to causes I felt passionate about, so I set out to build a product that would let people raise money and awareness for causes without having to donate any of their own money.”

He said he drew from his own experience and frustration as a Millennial who wanted to make a change, but lacked the money to donate.

He created Givvr, a fundraising platform on which people of all ages could donate money by investing time in watching sponsored videos. According to givvr.com, Givvr now partners with organizations such as Pencils of Promise, World Vision, Action Against Hunger and Child Fund International.

The real story of contributing to a greater purpose began on the court for Kramer. He said his love for basketball jumpstarted his journey from Freiburg, Germany to the coast of California.

He began his collegiate career as one of the top scorers for Cuesta College in San Luis Obispo from 2010–2012. From there, he was added to the Pepperdine roster, where he averaged 4.2 points and 1.3 rebounds in 33 appearances.

“Malte had that perfect balance of being a student athlete where he managed his time extremely well,” Skouen said. “In one day he would have covered putting extra work on the basketball court, studying good enough to get his A’s, and being able to enjoy the social life that life and college has to offer.”

The rigor of collegiate athletics did not deter Kramer from also being named the Waves’ first-ever Capital One/CoSIDA Academic All-American, along with numerous other academic accomplishments, including WCC All-Academic first team and Division I-AAA Athletic Directors Association Scholar-Athlete Team.

“Basketball is the reason I am where I am,” Kramer said. “It’s taught me everything I know about hard work, loyalty and leadership, and it has enabled me to come to the U.S. [as an international student].”

While tending to his business as the CEO of an innovative fundraising company, Kramer also published his book “Play for Something — A Valedictorian’s Guide to Beating the System, Shattering Expectations and Earning a 4.0 GPA.” 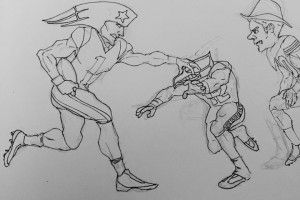