Malibu’s Beaches Belong to Everyone 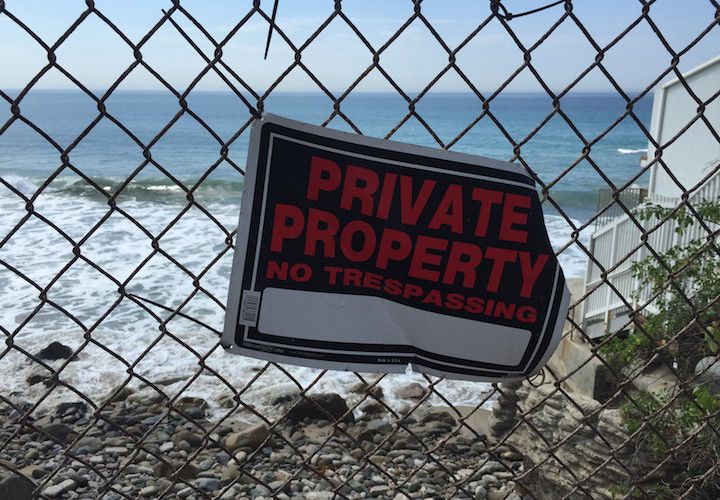 A good number of things are illegal on Malibu’s sprawling beaches. Most won’t allow dogs, campfires or alcohol. But, as a few beach-goers found out on Aug. 29, these laws aren’t the only reason visitors get booted off the beach.

According to the California Coastal Commission, as well as local and national news outlets, there continues to be disagreement between Malibu homeowners and the general public over use of, what some homeowners believe are, their own private beaches. Some visitors have even been runoff by private security or the LA County Sheriff’s Department.

According to Locklin, and the Coastal Commission’s website, they are a government agency responsible for preservation, restoration and accessibility off all coastal resources. This includes setting the regulations regarding public and private beach use and access.

Locklin said that according to California’s state constitution, the State tidelands belong to everyone.

“Tidelands are defined as this meandering line, along the shoreline, that moves in and out everyday,” she said. “So in general we tell people that if your feet are on wet sand, you’re probably in State tidelands and you’re on public property, so don’t worry about it.”

According to Locklin, just this past January the Commission was given the power to directly fine residents who violate the California Coastal Act of 1976. These violations include: kicking visitors off public land, blocking public accesses or charging for use of a private access. Locklin said the deterrent of a more than $11,000 per day fine is enough to change their behavior, which suits her fine.

“We don’t want money, we want access,” she said.

According to an article by Ann O’Neill posted on CNN.com, on Aug. 29, O’Neill and two others were threatened with a $1,500 fine and a lifetime ban from Malibu’s beaches for lounging on what was believed by some to be a privately owned section of Escondido Beach.

O’Neill’s friend and fellow beach-goer that day happened to be Noaki Schwartz, a former LA Times reporter and, like Locklin, a member of the California Coastal Commission.

O’Neill, Schwartz and Schwartz’s daughter, 6-year-old Lucia, were approached by a security guard and told they were on private property and needed to leave, according to the article. Schwartz protested saying they were in fact on public easement and even broke out a map to show the guard. The guard responded by promptly calling the LA County Sheriff’s Department, O’Neill wrote.

According to O’Neill’s article, Schwartz, still armed with her map, explained to the deputies who she was and why they were not required to leave. The deputies were convinced and left the group alone, and even asked to be emailed a copy of the map, O’Neill wrote.

Back in July, tensions rose between Malibu homeowners, beach-goers and the Coastal Commission when the Commission opened up a public access route to Malibu’s Carbon Beach, more commonly known as Billionaire’s Beach, according to another article by O’Neill on CNN’s website. The access was the result of a battle over the beach that goes back to 1981, when entertainment mogul David Geffen illegally put in a gate to keep out unwanted beach enthusiasts, according to the article.

Once one of the most difficult beaches for the public to gain access to, Billionaire’s Beach (located just south of the Malibu Fishing Pier) now has a 10-foot-wide cement walkway that cuts between two massive Malibu beachfront homes. The walkway that runs from Pacific Coast Highway to the sand was built at the detest and dismay of Malibu homeowners, according to O’Neill. 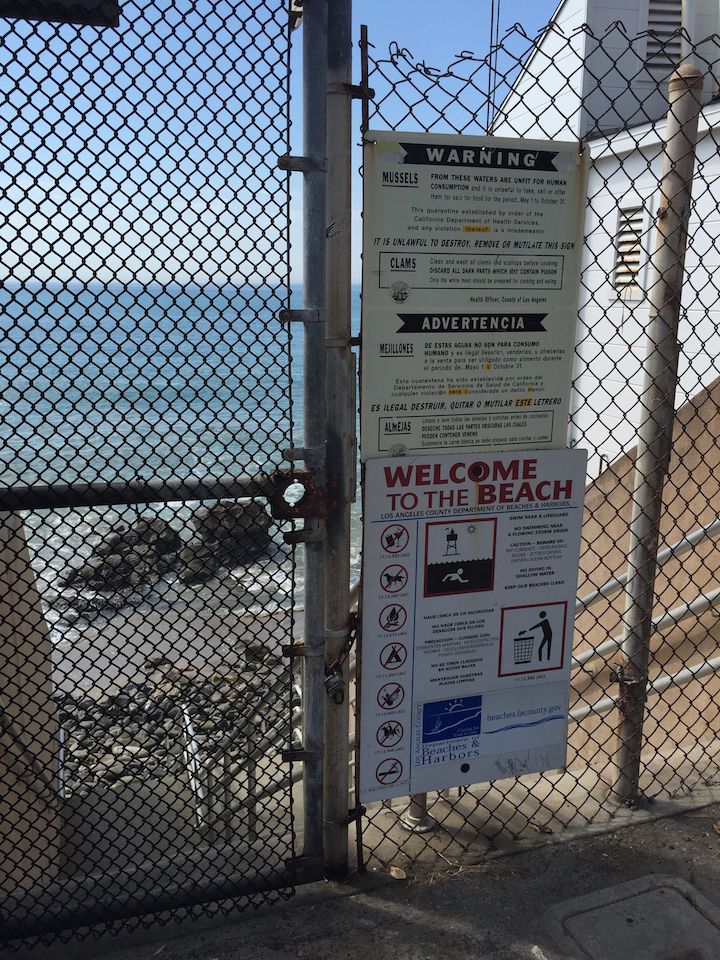 “Simple beach houses and glassy mega-mansions sit cheek by jowl,” she wrote, “which made it extremely difficult for the public to reach a beach that long served as the private backyard for the richest of the rich.”

Locklin agreed that the pushback from homeowners is most likely a result of unwanted changes.

“It’s a new thing having the general public come down a pathway and spilling out onto the beach,” she said. “For years they’ve had the luxury of very few of the public there. Most of them probably think that it isn’t so great.”

For those that are uncertain about what areas of the beach they can and can’t go on, there’s a free tool for that. The app is called Our Malibu Beaches and is available for both iPhone and Android operating systems. Co-created by writer and environmental activist Jenny Price the app allows you to see just which areas of the beach are restricted due to private ownership and which are not.

The description of the app on the iTunes App Store claims that there is no such thing as an “all-private beach” in California and will show you how to access whatever Malibu beach you choose.

According to the apps description, “Our Malibu Beaches gives you pinpointed directions and expert tips so you can enjoy the 20 miles of gorgeous beaches in Malibu that are lined with private development.” 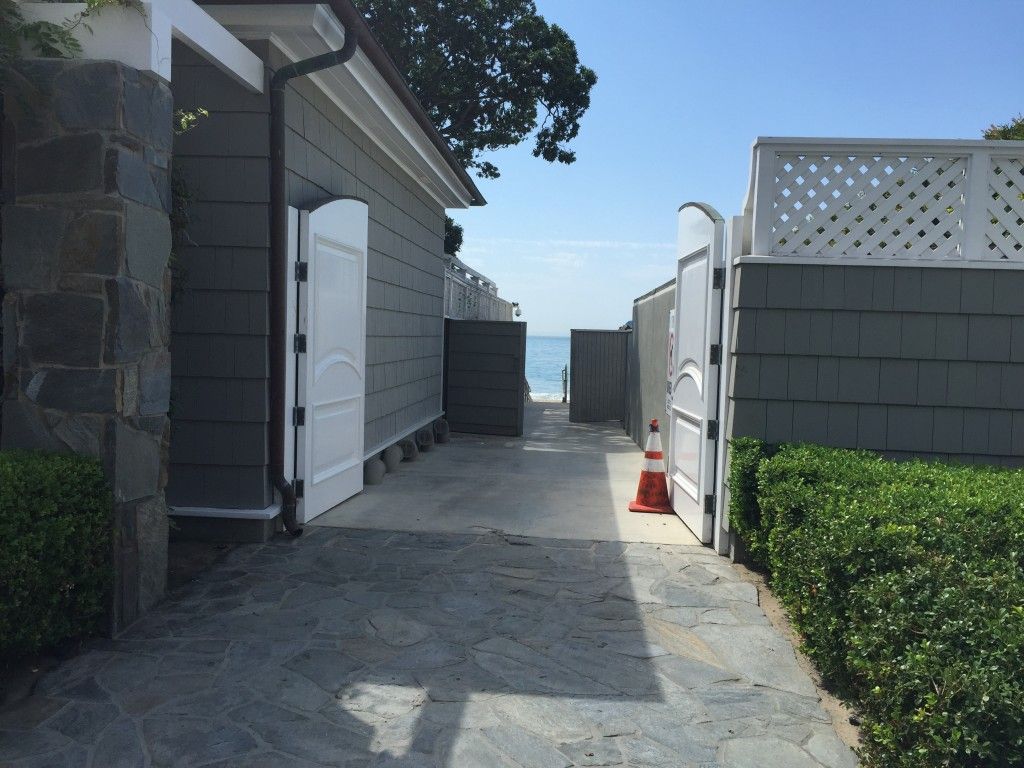 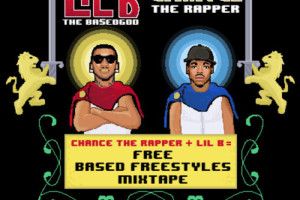 Hip-hop mixtapes are, by design, free. Notoriously unpolished in content, stripped of studio mastering and laid bare before...
Copyright 2013 Jupiter Premium Magazine Theme
Back to top