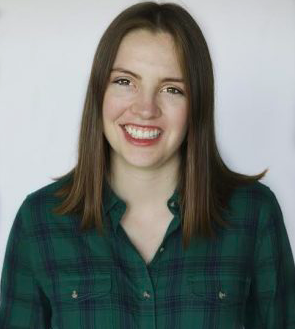 Senior Tara Jenkins is putting her Theatre and Media Production major into action by taking on her own documentary project about Pepperdine students’ different experiences and how their identities tie into their school life.

“I am filming a documentary about identity at Pepperdine,” Jenkins said. “It explores how people separate themselves based off of political party, race, religion, sexual orientation, gender, etc.”

Jenkins’ said her focus is to listen to the voices and opinions of Pepperdine students in order to understand if an inclusive community is present on campus or not.

“I want to get a representative sampling of what the Pepperdine experience is like for different types of people,” Jenkins said. “To discern if the student body sees Pepperdine as an inclusive community or, if not, what can be done to further bring us together.”

Jenkins said her motivation to start the project was her interest in the topic as being one that needs to be discussed as she sees it as relevant to today’s political and social climate.

“This last year has been especially divisive for our country, and it seems like people are having a much more difficult time finding what brings us all together as people,” Jenkins said. “I’m trying to see if there are unifying factors that bring us all together despite our differences.”

For Jenkins, the goal of the film is not necessarily to bring answers, but to kick-start an important discussion among the Pepperdine community.

“I don’t know if there are answers to be found for the questions I am asking about identity and community, but I think it’s an important discussion to be having,” Jenkins said. “My ultimate goal would be to spark a conversation and to maybe give a platform to issues that need to be addressed.”

When it comes to her own opinions on the inclusivity of Pepperdine’s community, Jenkins’ said her stance isn’t black or white. She said her opinions on the subject are just one of many that need to be heard.

“My own opinions on the inclusivity of Pepperdine are mixed but mostly positive,” Jenkins said. “I’m only one person coming from one very specific background, and I want to discuss the issue on a wider scale, which I’m able to do in this documentary.”

Jenkins said she planned on releasing her film in January of next year, with the hopes of giving the film “a platform so that as many Pepperdine students can see it as possible,” she said.

The project’s ultimate purpose, Jenkins said, is to “celebrate the diversity of identities at Pepperdine while also hopefully finding a way to pave a path towards a more inclusive and understanding future.”