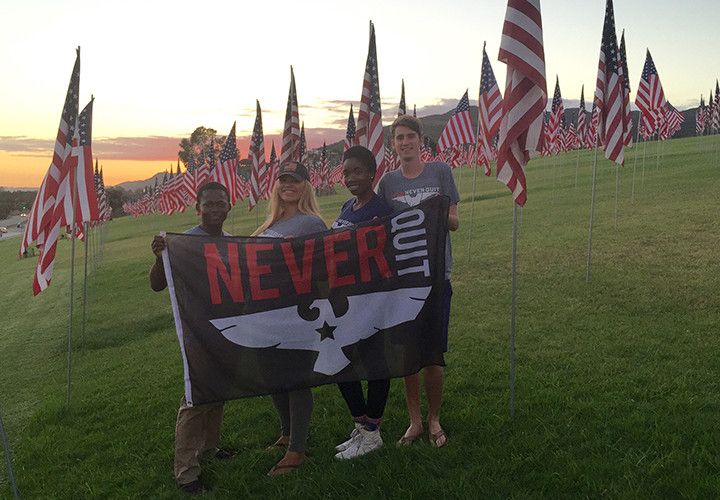 What started as a resolution drafted last spring by Whittney Powell, a senior senator for SGA, to raise veteran appreciation and awareness on campus, eventually turned into a group effort by SGA, the Student Veteran’s Organization and the Pepperdine Committee on Student Veterans, to bring Luttrell here to speak.

Luttrell is the author of the no. 1 national best-seller “Lone Survivor,” which recounts the true story of the biggest loss of life in U.S. Special Forces history. The book was also the inspiration for the film of the same title.

Regardless of any student’s knowledge of or connection to Luttrell, junior Chris Kay said he thinks everyone is going to learn something.

“He is a modern-day American war hero,” Kay said. “This is going to be a genuine experience for everyone.”

When asked how he felt about Luttrell’s impending visit, Kay, who is also a USMC veteran said, “As a combat veteran of multiple deployments myself, meeting Marcus Luttrell would be the equivalent of seeing and spending time with Santa Claus.”

Kay also said, as excited as he and the other vets are for Luttrell’s visit, he thinks the regular students will benefit the most.

“We as vets have our thoughts and convictions pre-ordained through our military experience,” he said. “But the normal students are malleable and still being shaped, so everything they are shown and taught broadens their world and way of thinking.”

Luttrell’s visit here will act as the unofficial start to his nationwide motivational speaking tour, called the “Patriot Tour.” The official start is Sept. 18 at the Ronald Reagan Presidential Library. The tour will consist of Luttrell and the other members of his organization, Team Never Quit.

His tour mates and fellow speakers include several other active and retired Navy SEALs, along with Taya Kyle, the widow of Chris Kyle. Chris Kyle was also a Navy SEAL and is best known for being the deadliest sniper in American military history, and was the inspiration for the 2014 film “American Sniper,” starring Bradley Cooper.

According to Team Never Quit’s website, “The Patriot Tour is life-changing. It brings together the best things in life—faith, family, service, sacrifice and community—with heartfelt music and speakers sharing their stories of perseverance who embody the fight for freedom, the fight for team, the fight for a rich and vibrant life.”

The series of events leading up to Luttrell’s visit started with reaching out to student vets and asking what kind of event they wanted, said Powell. She contacted former SVO president Jess Eagan and PCSV chair Dan Caldwell. She has also worked closely this semester with current SVO president, Asa Miller.

The veteran consensus was a Convocation event geared toward them, Powell said. Similar ideas had been attempted in the past, but didn’t work out. And when things weren’t looking good this time either, she said her next move was an attempt to reach out to Luttrell’s representatives.

After reaching Luttrell’s manager, Powell said that she learned that he normally gets paid close to $50,000 for an appearance. Given that SGA would only be able to raise between $10,000 and $15,000, Powell soon got the idea to make a video to send to Luttrell, asking him to come and speak. She and sophomore Moises Barba spearheaded the project.

“We took a week and a half at the end of the semester and contacted a bunch of the athletic teams, a bunch of the Greek life and then just grabbed some random people on campus,” she said.

The video, which contains nearly 300 students, made it to Luttrell, and after seeing it, he agreed to come and speak for free.

Caldwell said this event will be the first of its kind for Pepperdine, and even without Convo credit attached, this is a big step in bridging the gap between the university’s vets and the rest of the school’s community.

In an email discussing her involvement with the project, SGA’s staff advisor, Brittany Chin-Lee, wrote, “I have been working as the liaison between Marcus’ team and the students on the logistics, but the students, like Whittney [Powell], are the heart and soul behind the event and initiative.”

When asked about her connection to student vets and commitment to veterans affairs Powell said, “It’s really just a passion of mine; I want to work with veterans with PTSD after I get my degree in clinical psychology.”

Business professor Rob Shearer, who is also a West Point graduate and 22-year veteran of the U.S. Army, said, “It is good to expose students to some of the costs service members have paid on their behalf.”

According to Caldwell, Pepperdine has already made huge progress in the realm of veteran’s affairs. Only two and a half years ago there was just one part-time staff member who dealt with veteran related issues, he said. Now there are 22 people that work for the PCSV and service all five schools. Caldwell also said Pepperdine sets aside $1.2 million every to help with veterans’ tuition.

After his sold-out appearance at the Reagan Library tomorrow night, Luttrell and his tour mates will continue on to: Missouri, Georgia, Kentucky, Texas, Tennessee and Louisiana. Discount tickets are available on Team Never Quit’s website for all first responders, active military and veterans. 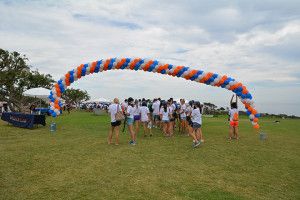