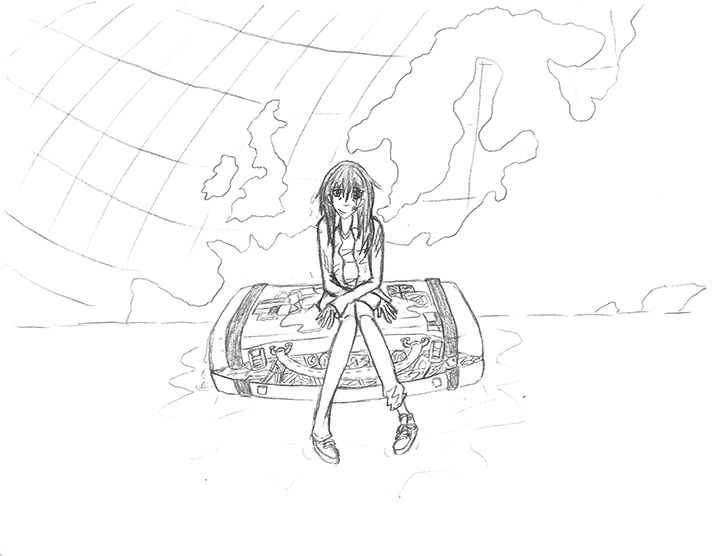 Editors note: Due to a procedural error, this story was written on April 9, 2015 but was not published until recently. We apologize for any confusion.

My parents were both wearing their sunglasses inside LAX. I hadn’t met most of the London program yet, and I am sure some of the kids were a bit confused. But I knew my parents’ tactics –– trying to keep the rest of the airport from seeing what it’s like to send your kid across the Atlantic for eight months. Tearless, I danced up the escalator to put a smile on their faces before I got to security. Unlike mom and dad, I hadn’t thought at all about what I was getting myself into.

To say I was ill-prepared for my year abroad was an understatement. I was scared about overhyping the whole thing, so I came in blind and learned my lessons along the way.

My first lesson? Europe is crazy expensive. This terrified me at first. I didn’t work all summer teaching sticky, whiny children how to play ukulele just to blow it on $20 burgers that don’t even come with french fries. So I held my wallet close. I was cheap as cheap could be. It took me the entire first semester to realize that Europe is the reason I have a savings account. I cleaned the house kitchen a few nights a week for extra cash. I had general budgets for trips, but I learned not to beat myself up if I went a bit over. If you’re going to spend hard in your life, spend hard in the South of France.

Lesson two: It’s OK to take a beat every once in a while. There is this weird vibe in International Programs that if you’re not having the time of your life every second, something is wrong. Don’t believe these lies. Trying to make every meal, hour, sunset into an unforgettable experience is exhausting and unsustainable. Not everything needs to be Insta-worthy, and often times we made the best memories when we stopped trying so hard to make them.

Lesson three: Spontaneity often gets confused with laziness. Don’t go on a trip without any sort of idea about what you want to do there. It may sound exciting to roll up in a foreign country without any plans, but weekend trips are only 2-3 days long, which doesn’t give you much time to waste. Traveling without any preliminary research often leads to a bunch of lost, frustrated kids in a Burger King, Google searching “What to do in Barcelona” with the one iPhone that’s managed to connect to Wi-Fi. So go with planned spontaneity and keep a loose agenda just in case.

Lesson four (I’m pulling this one from a Pinterest quote): “Attitude is the difference between an ordeal and an adventure.” We stayed in some pretty shady hostels this year. Our phones have had untimely deaths. We’ve gotten lost all over Europe. We’ve been ripped off on multiple occasions. And yet, at these moments when all was seemingly lost, my friends and I typically found ourselves laughing rather than having meltdowns. We knew it would all be OK in the end, and keeping calm turned our minor catastrophes into stories to laugh over on the planes home.

My fifth and final lesson: Eight months is not nearly as long as it sounds. “Studying abroad sophomore year” seems like such a hefty bragging right, but it flies by in an instant. If you want to do something, do it. Don’t wait for other people to plan trips. Don’t think too much before booking tickets. And most of all, don’t waste your time missing things back home. Focusing on the people and places you miss will keep you from appreciating the people and places right in front of you. Remember: Home will still be there when you get back.

So here I am now, with one week left until I’m back in America, and I’m in complete denial. I haven’t studied for finals yet, let alone packed, and I have this blind faith that all the souvenirs and clothes I’ve compiled over the year will miraculously weigh less than 52 pounds in my suitcase. And of course, I’ll be bringing all the highs and lows of the year back with me –– getting stuck in a French airport for 20 hours, making friends with Scottish sheep, cliff jumping off the coast of Oia, exploring caves in Budapest and other sexy headliners that will no doubt make great anecdotes when I’m short of conversation some day.

What I’m more worried about, however, is forgetting the not-so-exciting memories. The familiar walk from the Tube station to our house on Prince’s Gate. Watching the Bachelor with everyone on Tuesday nights. Getting weekly burritos from Tortilla because they reminded us so much of the Golden State that they tasted like pure Californian sunshine. I don’t want to forget what it was like for us to make London our crib when we knew home was really 5,000 miles away.

So maybe I’ll be a bit irresponsible, and wait just a few more days to start packing up.