The Armenian community is fighting a battle on two fronts. We are fighting against ethnic cleansing and persecution in Nagorno-Karabakh. But we are also fighting for your attention.

On Sept. 27, the Republic of Azerbaijan launched an attack on Nagorno-Karabakh, an enclave situated between Armenia and Azerbaijan consisting of a majority of ethnic Armenians. After more than two weeks of ongoing warfare, the conflict has reached new heights. With Azerbaijan refusing to back down and Armenia fighting to defend itself, there is little hope that the end is near.

Over a hundred years ago, the Ottoman Empire took advantage of the international community’s involvement in World War I by committing the first genocide of the twentieth century — the Armenian Genocide. From 1914 to 1923, the Ottoman government unleashed a series of mass murders against Armenians. More than 1.5 million Armenians died. Those who survived were displaced across the world, resulting in a diaspora of nearly ten million people. We are a nation that is sorely divided by space but never by spirit. It is this spirit that has ensured our very existence for all these years.

Today, the Republic of Azerbaijan is using the current state of world affairs as a cover for the extermination of Armenians in Nagorno-Karabakh. The social upheaval regarding the COVID-19 pandemic, upcoming national election and impending Supreme Court confirmation hearings have drowned the gut-wrenching cries of the Armenian community. We are all sobbing and screaming at the top of our lungs. But you are not listening.

Before Adolf Hitler embarked on the Holocaust, he referenced the Armenian community in a now-famous speech by asking, “Who, after all, speaks today of the annihilation of the Armenians?” The Armenian Genocide’s lack of recognition sowed the seeds of Hitler’s “Final Solution.” And so, history repeated itself.

And so, I urge you to stand in solidarity with our movement. I urge you to be on the right side of history. Most importantly, I urge you to act now so that history does not repeat itself. For if you do not, then who will?


Tags:  Letter to the Editor

Letter to the Editor: Clubs Speak Out Against Dean Peterson 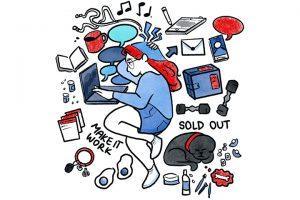