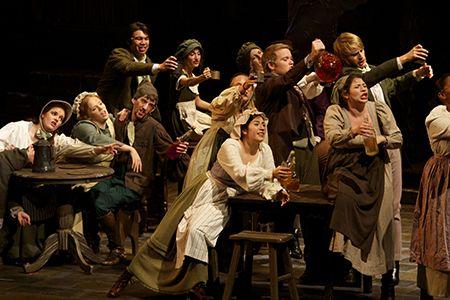 Imagine turning the pages of a history book, the golden pages breathing dust and the brown spine cracking under the weight of the heavy parchment paper. Now imagine having the words on the paper brought to life before your very eyes.

Smothers Theatre has been transformed into the manifestation of a history book. There is a dusty pallor to the stage as the lights come up on the set. We are taken back to a dark time of Paris’ history to examine how a political uprising in a time of corrupt government affects a small group of revolutionaries.

“Les Miserables” examines politically corrupt Paris and the idea of grace as we follow Jean Valjean on his journey for freedom from a corrupt past. Politics, morality, faith, religion, romance, courage and forgiveness are all themes that unfold as the story progresses.

After 28 years of packed performances, “Les Miserables” continues to be a record-breaking musical around the world and has earned even more acclaim with the release of an Academy Award-winning film. Pepperdine was fortunate enough to be one of the first universities to secure the rights to the production. From there, Director Cathy Thomas-Grant undertook the challenge of bringing this world-renowned show to Smothers Theatre.

“The student revolutionaries in ‘Les Miserables’ are fighting for the rights of those who live on the fringe of society. Physical and spiritual hunger and thirst are at the heart of this story. Valjean is a man who seeks to heal his bitterness and find peace by becoming a fountain of compassion. 150 years later, Victor Hugo’s story is still relevant the world over,” Professor Thomas-Grant wrote.

As director, Thomas-Grant has devoted herself full-heartedly to not only the show itself but to the students and cast members who are a part of it. Freshman Matthew San Hose said, “What I learned from Cathy is the importance of being mindful and respectful of others. She is mindful of the fact that there is a life outside of theatre and checks up on how students are doing.” Senior Kylee Slee said that “Cathy created a world and it came to life.”

One of the most magical parts of Pepperdine’s production of “Les Miserables” is the ability to harness the talent of the actors and actresses to the production value. “Les Miserables” is told primarily in song, but is not heavy on dance. So often it is a challenge to keep the attention of the audience when music is the medium of communication. Some productions depend heavily on technical features to heighten the drama or further the plot. The performance in Smothers depends on the talent of its actors to tell the story and keep the audience informed.

Jean Valjean, played by Senior Deno Nicandros, convinces the audience of his transformation from a thief to a man devoted to internal reform simply through song. The leads are strong in a vocal and acting sense. Rarely can you leave an audience captivated and moved by a lone figure singing about emotional struggle, yet the director is clearly aware of the talent in the cast and uses that to its own benefit.

The cast is composed of 42 players, and there are many more working backstage on costumes, lighting, makeup, set design and sound. Putting on a production of this size and popularity is no easy feat. Rehearsals generally go from 6 to 10 p.m., with extended hours on the weekends and during tech-week and load in. Freshman Matthew San Hose, who plays the parts of the foreman and Courfeyrac, said that balancing rehearsal and school is doable but not fun: the “hardest part about the rehearsal process is figuring out how to handle yourself outside of the show.” Senior Kylee Slee has been in two full operas at Pepperdine. “I’m honored to be a part of the cast of ‘Les Mis’ since we are one of the first colleges to receive the rights. I think it’s a great way to end my Pepperdine career.”

The talent at Pepperdine is showcased incredibly in “Les Mis.” From the solos to the group numbers, it is impossible not to feel a part of the story as it unfolds and builds to include more facets and layers. You love to hate Thenardier and his wife, played by junior Tyler Burke and junior Missy Marron, as they finagle their way in and out of the plot, the picture of sleaziness at its finest. Have your heart stolen as you watch Marius, played by sophmore Jon Gibson, and Cossette, played by Sophmore Chloe Jasso, fall in love only to have your heart broken as you watch Eponine, played by senior Marina Moore, make the ultimate sacrifice for what matters to her most.

The amount of work and heart that has gone into this production is evident. One thing is for sure, the cast and crew have worked days on end to curate a theatre production worthy of your attention. 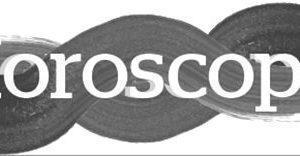 Virgo Invest in dry shampoo. On second thought, just shower. Scorpio This is the last horoscope you’re getting...
Copyright 2018 Pepperdine Graphic
Back to top