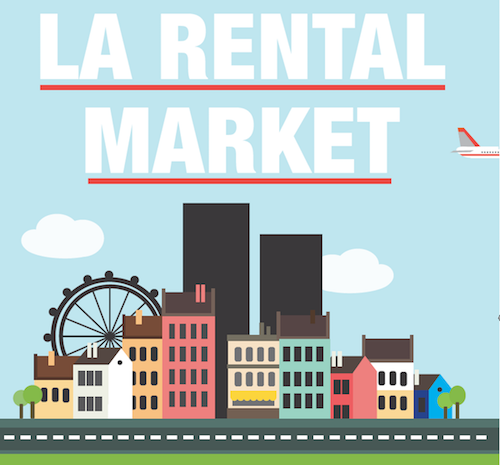 Month after month, renters are forking over thousands of dollars to live in or around the City of Los Angeles, and all the while, the debate over how to fix the problem rages on between opposing sides of the issue. On one side are groups like The Coalition to Preserve LA, who are openly supporting the Neighborhood Integrity Initiative, a measure that aims to put a hold on major commercial real estate development for up to two years. And on the other side are the commercial real estate developers and analysts, like Max Saia, a senior research analyst for CBRE, and Greg Morrow, a former Ph.D student at UCLA and now assistant professor of planning history and theory at the University of Calgary, who have both said it’s largely a matter of supply and demand, and a building moratorium is the opposite of what LA needs.

Either way, while they battle it out, the “City of Angels” sits ranked 6 out of 10 on Fortune’s list of most expensive cities to rent an apartment, according to an article titled “The Most Expensive and Cheapest Cities to Rent an Apartment,” posted to their website on June 8, 2016.

There are a number of reasons why the LA rental market is in such trouble but hopefully this will shed some light on a few of those.

Rental rates in the multifamily housing market in the Greater Los Angeles Area are continuing to rise. The average rent in 2015 was $1,307 per month, rising 4.8 percent from 2014. Vacancy rates have continued to stay tight, not leaving much room for newcomers. The average vacancy rate increased slightly from 4.1 percent in 2014 to 4.2 percent in 2015, according to the USC Lusk Center For Real Estate’s 2016 Economic Forecast report.

These graphs illustrate what is to be expected moving through 2016. 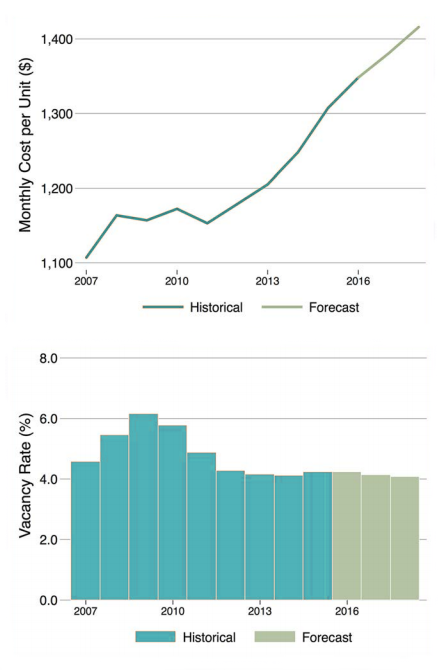 “Los Angeles has one of the lowest vacancy rates in the country and it’s only getting lower,” Saia from CBRE, the largest commercial real estate services firms in the world, said. “And when the supply of housing remains that low for that long the upward pressure on rent starts to take a real toll on the economy. Households that can’t afford to live here leave, which costs the city jobs.”

Santa Monica, Malibu and the other coastal cities are in slightly worse shape than the rest of Los Angeles. Their average rental rate is above $1,700 per month and their rental vacancy rate is below 3 percent.

“In many ways Santa Monica is the poster child for unaffordable housing in Los Angeles,” Saia said. “They are the fourth most expensive place to live in California and much of that is due to the city’s inability to increase affordable housing supply in a meaningful way.”

This graph shows that Los Angeles’ population is just about equal to the city’s maximum allowable population. From 1960 to 1990, due to zoning regulations, housing availability for almost 6 million potential residents was phased out. Los Angeles’ estimated maximum population back in 1960 was 10 million people, but only had around 2.5 million residents, leaving hypothetical space to house another 7.5 million people. The city is now zoned to house, at most, 4.2 million people; the current population is just under 4.1 million, according to Morrow’s UCLA dissertation, titled “Homeowner Revolution: Democracy, Land Use and the Los Angeles Slow Growth Movement 1965-1992.” 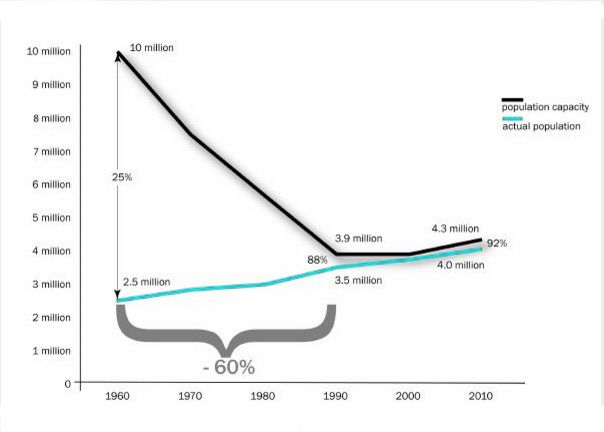 “They thought that land use change could control growth, that if we down zoned, then fewer people would come here — that was clearly not the case,” Morrow said. “That doesn’t stop people from coming here, it just makes it so we can’t accommodate the people that do, or can’t accommodate the people that do in a way that is affordable. Because obviously as the demand increases and the supply doesn’t, you get higher prices, which is the problem.”

The federal government has even begun to view this as an economical issue, Morrow said, referring to the “Housing Development Toolkit,” published by the White House in September.

“Accumulated barriers to housing development can result in significant costs to households, local economies, and the environment,” according to the White House’s report, which also stated that “by modernizing their approaches to housing development regulation, states and localities can restrain unchecked housing cost growth, protect homeowners, and strengthen their economies.”

“What they’ve recognized is that the lack of affordable housing in U.S. major cities is a drag on the economy,” Morrow said, “because people are spending an inordinate amount on their housing and they have not enough money to spend on anything else — and that’s bad for the economy.”