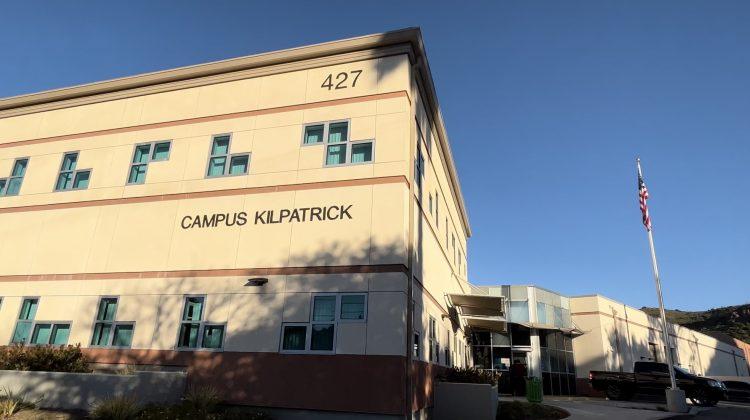 Camp Kilpatrick sits right off of Mulholland Highway in Malibu, about one mile from Kanan Dume Road. The LA County Board of Supervisors voted March 15 to move serious offenders to this facility beginning May 1. Photo by Abby Wilt

The Los Angeles County Board of Supervisors will move serious and violent offenders from Sylmar to Camp Kilpatrick — a juvenile detention center off Mulholland Highway between Malibu and Westlake Village.

The Board voted 4-1 on March 15 to move the offenders to Malibu on May 1 — moving men to Camp Kilpatrick and women to Camp Scott in Santa Clarita, according to the LA Times.

Malibu Councilmember Karen Farrer brought the issue to Malibu City Council during their bi-weekly meeting March 14, and said Camp Kilpatrick is not fit for these offenders.

“[Camp Kilpatrick] was not designed and it was not built to house what are classified as the most serious offenders in the juvenile system,” Farrer said. “The highest and most serious level of crimes are what these particular individuals represent.”

Farrer said the individuals the county wanted to move have committed the highest crimes a person can commit.

“The offenders that they’re talking about here are not people who have had a little bump in the road along the way,” Mayor Paul Grisanti said. “These are violent criminals who have killed people.”

Kuehl wrote LA County is moving from a punitive to a restorative model for juvenile offenders — stating teens were more receptive to reward rather than punishment.

“As jurisdictions have moved away from a ‘treat kids like adults’ model of juvenile justice, we have also learned that most youth, including youth with serious charges, are healthier, less likely to have future contact with the justice system, and more likely to repair harm when the response to their behavior is restorative, not punitive,” Kuehl wrote.

Later in the letter, Kuehl explained Camp Kilpatrick’s design and model. Camp Kilpatrick is a home-based rehabilitation facility — focused more on care rather than control of the offenders. It is a locked facility and has housed some young people charged with serious crimes, although it would need renovations to add additional security in preparation for the move, Kuehl wrote.

Malibu City Council received this letter March 14, just hours before its meeting. Farrer brought the letter to the attention of the council and said she felt uneasy about the move. The council debated whether to send a letter in opposition to the move, but voted to not rush the letter, and instead see what the Board decided March 15.

“We’re not going to accomplish anything as Malibu with a last-minute, I’m gonna say it, half-assed letter, that just says here’s all the reasons we don’t want this,” Mayor Pro Tem Bruce Silverstein said.

Residents of Malibu had differing opinions about their new neighbors. Malibu resident Alex Stein said during public comment at the March 14 Malibu City Council meeting he was in favor of welcoming the offenders to Malibu.

Malibu resident Bill Sampson said he has been to Camp Kilpatrick, and did not think it had adequate security to house these offenders.

“The people they’re talking about putting in there need to be separated from society,” Sampson said. “The facility up there, when I saw it, was not capable of excluding them from society.”