KJEE’s Summer Round-Up Features Of Monsters and Men, Banks and Walk The Moon at the Santa Barbara Bowl 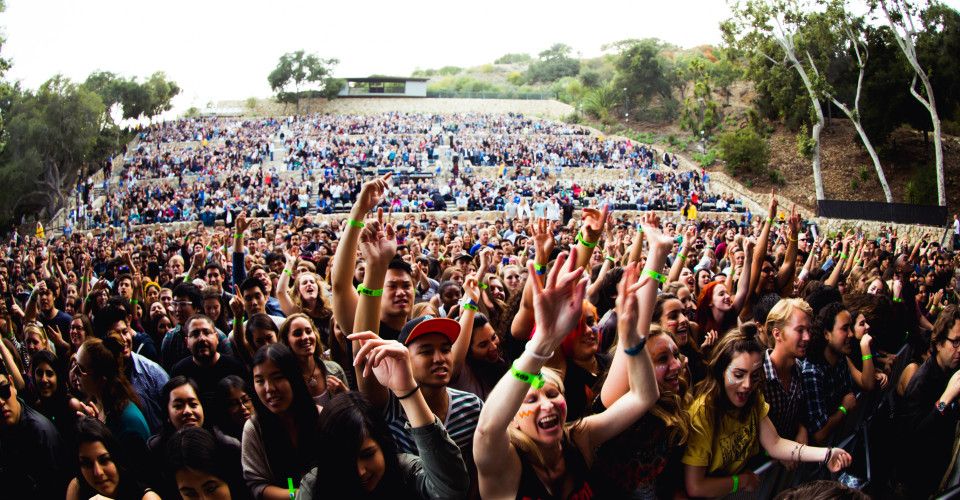 A sold-out crowd marked KJEE’s 11th Annual Summer Round-Up this last Sunday, May 17 at the beautiful Santa Barbara Bowl. The one-day event featured some of the best names in alternative rock, including Of Monsters and Men, Banks, Walk the Moon and Family of the Year. Santa Barbara’s modern rock radio station 92.9 KJEE has hosted the festival since 2005 with big acts such as Jimmy Eat World, The Strokes, Kings of Leon, Cage the Elephant and many more. 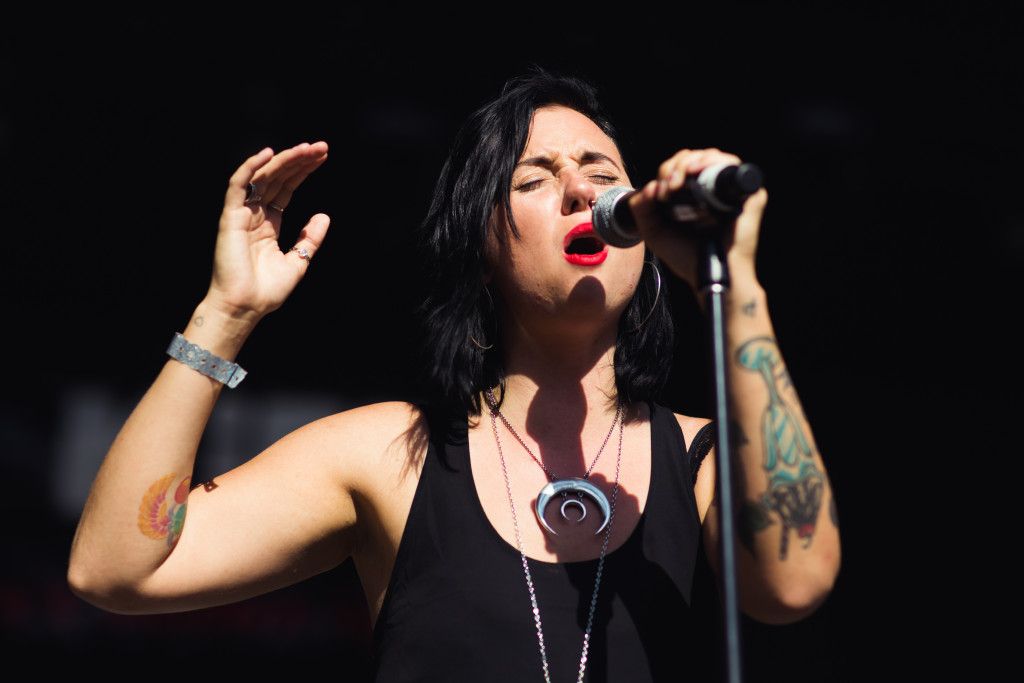 Lindsey Waldon, The Blues and Greys

The day kicked off with Santa Barbara local band The Blues and Greys. They played many songs from their 2013 debut EP, “Bright Lights.” They had a unique dark electronic, indie rock sound that the audience really enjoyed. 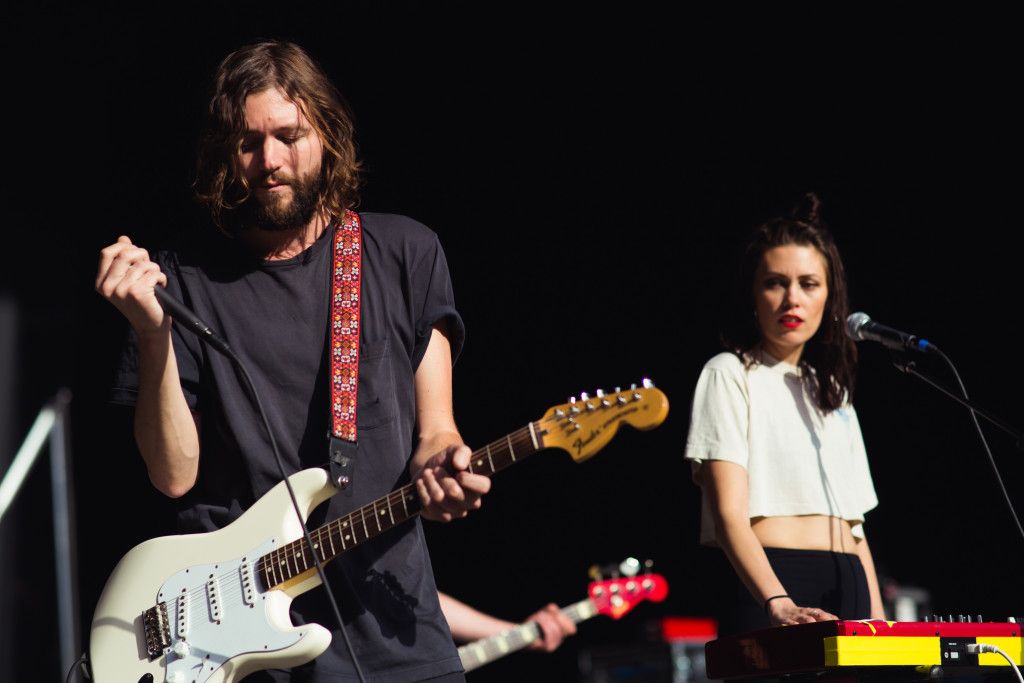 Family of the Year

Then came the up-and-coming band Family of the Year, best known for their song “Hero,” which accompanied the trailer and soundtrack for the award-winning film “Boyhood.” They played selections from their albums “Songbook” (2009) and “Loma Vista” (2012). Based in Los Angeles, Family of the Year has a folksy and happy-go-lucky style combined with nice vocal harmonies which gives a relaxing precursor to the excitement that would come with the next act. 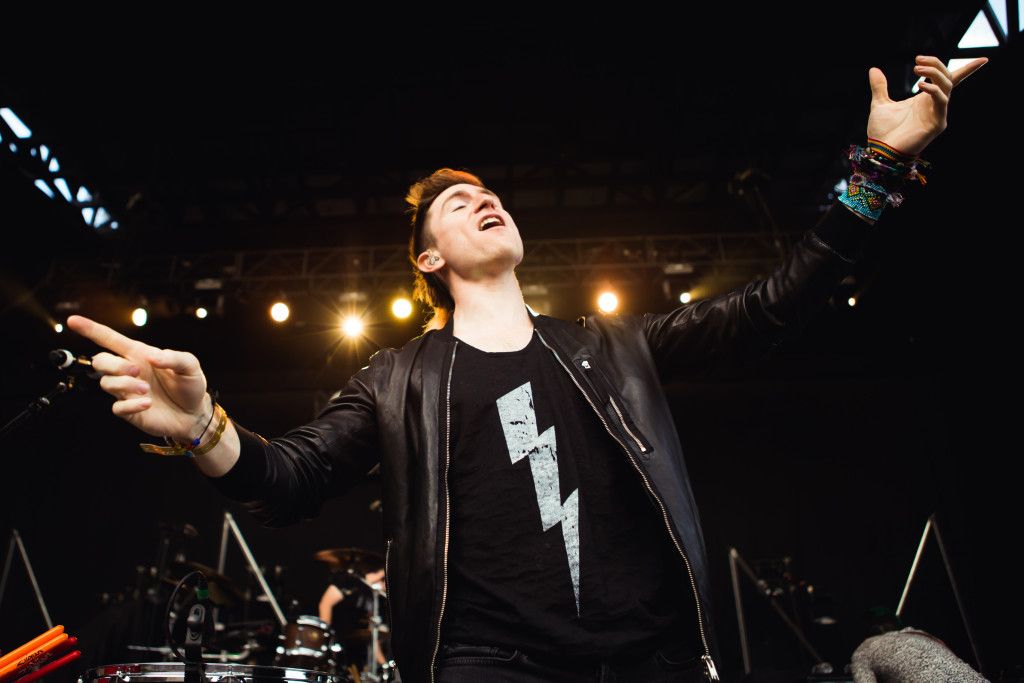 Walk The Moon was next on the setlist, delivering yet another amazing performance since covering them back at the Hollywood Palladium last March. The pop-rock band came out with a dramatic entrance, parading out to the “Lion King” soundtrack. Looking out at the crowd, many fans could be seen with the neon face paint that has become synonymous with Walk The Moon. It was clear that many in attendance came for them, as the crowd was dancing and jumping to their upbeat, energetic tracks. 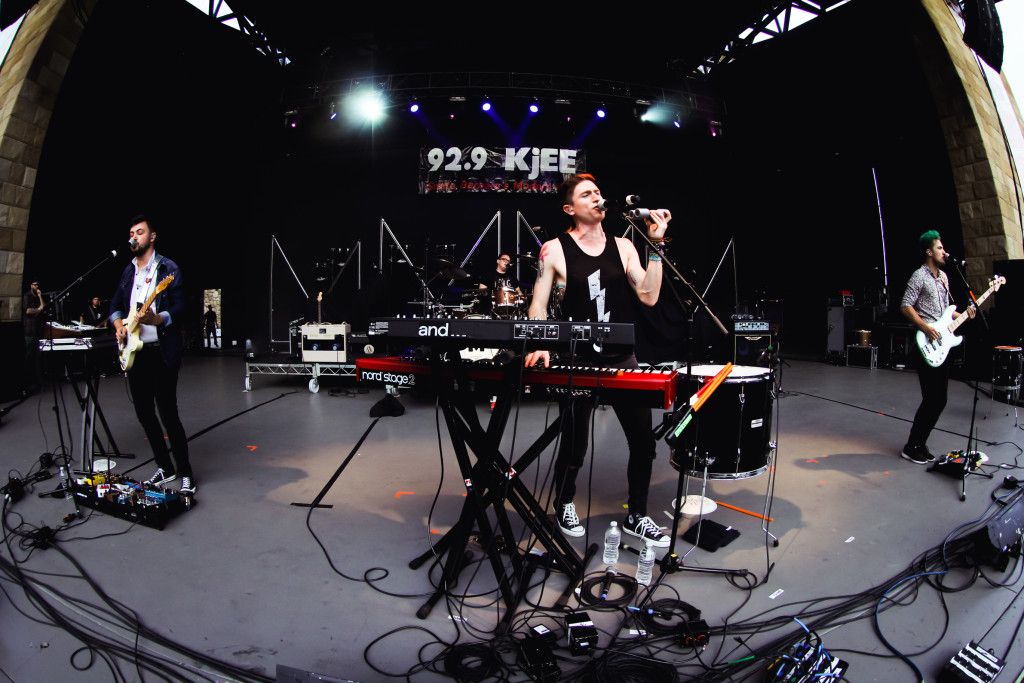 Banks was the artist to hit the stage at the bowl, bringing her sensual sound. A Los Angeles local, she has risen quickly through the ranks since she has released two EPs and more recently her full-length album “Goddess,“ which reached high on peak charts in many countries. With a dark R&B sound, she mesmerized the crowd with her beautiful voice and commanding stage presence. 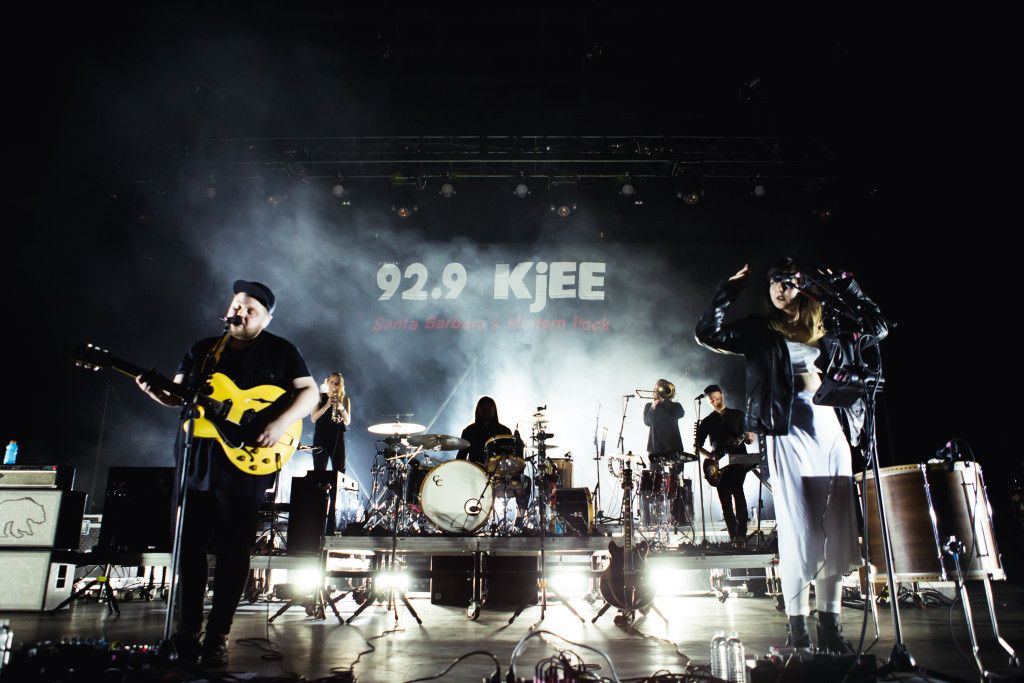 Of Monsters and Men

Then came the highly anticipated Icelandic indie-folk rock band, Of Monsters and Men. Coming out with a dimly lit background, the silhouettes filled the stage as they began to play “I of The Storm” from their upcoming second studio album, “Beneath The Skin.” Their set was truly a thing of beauty, combining fantastic visuals and lighting with their folksy instrumentals and heartfelt vocals. Everyone in the crowd was in love with their music, swaying and dancing to the upbeat and storytelling ballads. The most emotional part of the set was when they played “King and Lionheart” and had everyone dancing and singing along to the beautiful performance. 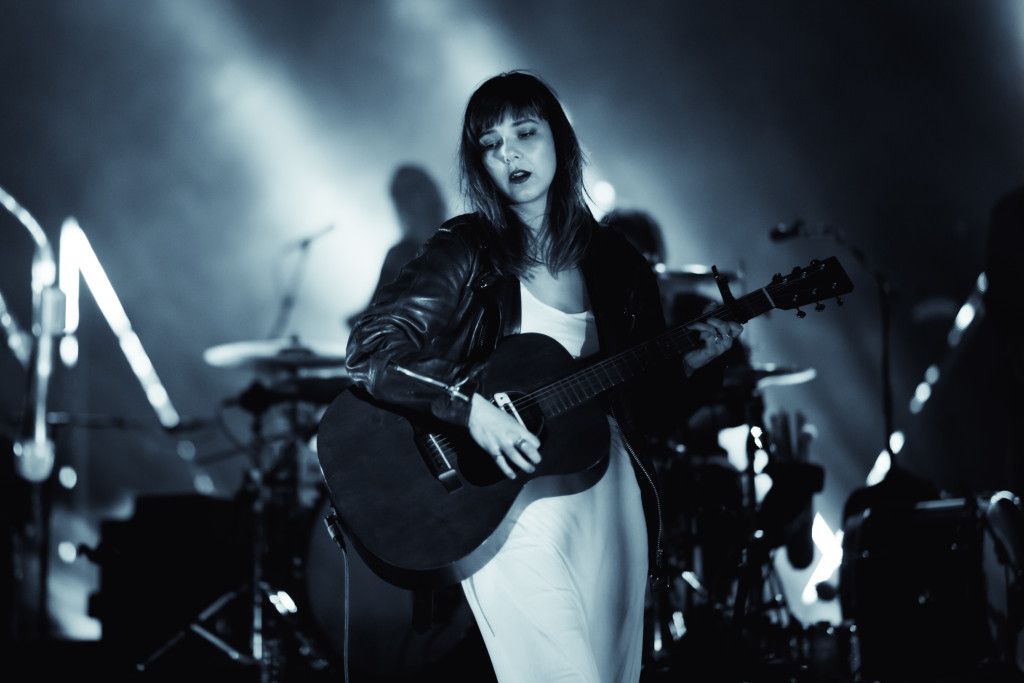 Nanna, Of Monsters and Men

Overall, this year’s KJEE Summer Round-Up was an amazing day of music in Santa Barbara. It was the perfect combination of different acts that changed up the feeling in the venue but kept the energy throughout the day. For all of you who didn’t attend, be sure to be on the lookout for next year, because with every year bringing a good, dynamic lineup, you sure do not want to miss out.

Be sure to check out 92.9 KJEE on Facebook to stay updated on future concerts.

4 Tips to Maximize Your Sleeping Time 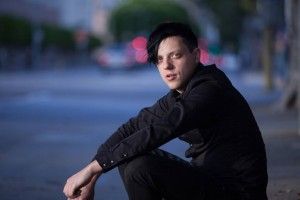