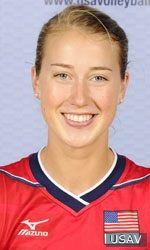 A friend of alumnus Kim Hill (‘12) would know her favorite singer is Beyonce and her favorite movie is “Dream Girls.” She watched the show “Friends” growing up and was a Portland Trailblazers fan, supporting her hometown. Standing at an above-average 6-foot-4 height, she makes an excellent outside hitter.

And height is not the only thing above average about Hill.

In May 2013, Hill was asked to compete for Team USA women’s volleyball. Her college career track record made her an exceptional candidate. She was named WCC Freshman of the Year in 2008. Throughout her years as a Wave she acquired accolades and recognition, including AVCA All-American First Honorable mentions and a selection for the 2009-10 WCC First Team.

She continued on to reach the semifinals of the AVCA Collegiate Sand Volleyball National Pairs Championship, and was named AVCA First-Team and WCC Player of the Year in 2011. She finished her senior year selected onto the AVCA All-American first team roster for indoor and outdoor volleyball in the same season, the only student-athlete to do so. She graduated ranked sixth all-time for the Waves with 1,300 kills and a career hitting percentage of .322.

Hill joined Team USA less than half a year ago and has already made her mark. She contributed nine points to help clinch a win against Brazil in the Pan Am Cup semifinals and started one match against Japan. She scored 13 points during the ISA Volleyball Cup. Then she led Team USA with 16 points against Russia and 15 points against Brazil.

Hill grew up in Portland, Ore., playing for her high school and local select team. In college, she led her team within the confines of Firestone Fieldhouse. As the crowds get bigger and the competition gets tougher, Hill continues to make waves. 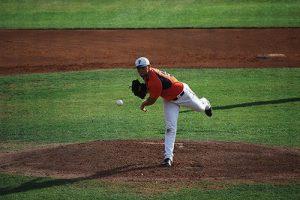