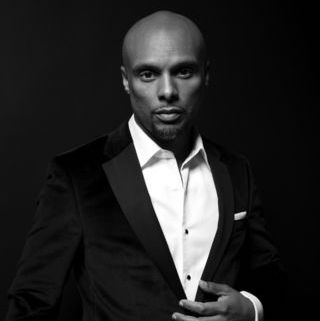 The two discussed their experiences as Christian African-American men in the ever-changing music industry.

“They talked about how they were put in a box artistically, and I’d never really thought about it that way when it comes to diversity issues,” Jenna Petrungaro, freshman Business Administration major, said. “It was definitely eye-opening as to how many artists are not really able to convey what they truly want to explore in their music.”

Pepperdine’s Multicultural Theatre Project put on the event as a part of their ‘Intimate Conversation With’ discussion series, in which various actors and artists speak to students about their experiences with diversity. The Multicultural Theatre Project’s creative and program director, Professor Joi Carr, invited Lattimore and Lindsey to Pepperdine after meeting Lattimore through her husband, Professor Raymond Carr.

“His voice was pure and beautiful and had such energy in it,” Professor Joi Carr said as she introduced Lattimore to the audience.

Lindsey discussed how he struggled as he grew up to fit in with a specific group of people. As a smart kid growing up, he was too Black to be White and too White to be Black, Lindsey said.

Lattimore said that he faced similar issues as an artist, as people in the music industry wanted him to be more sexualized, like a “sophisticated R. Kelly.”

Lattimore described his struggle balancing his roles as both a musician and a man of God when he was pushed to start singing more rhythm and blues. After talking to his religious advisor, Lattimore balanced his R&B music with some gospel music as well.

His father being a minister, Lindsey grew up in a religious family and went to church regularly.

“You were going to church or you were living somewhere else,” Lindsey said, laughing, during the conversation.

Lattimore cited Lindsey as one of his greatest mentors, stating that Lindsey truly got to know him and guided him when he was in a state of transition. Lindsey helped him mold his own music and also served as a friend with whom he could pray.

“They both came across as the kind of people who it was fundamentally important to them to kind of convey their faith,” said Sarah Woolard, a freshman from Boston. “I thought they were really authentic people who really had a lot of passion for what they did and how they lived their lives.”

After the discussion, Lindsey and Lattimore signed 100 free copies of Lattimore’s newest album, “A Kenny Lattimore Christmas,” for audience members.

Lattimore released the album, which was produced by Lindsey, on Oct. 21. It can be found on iTunes, Spotify and Google Play.