Kanye’s ‘The Life of Pablo’ Is a Wonderful Trainwreck 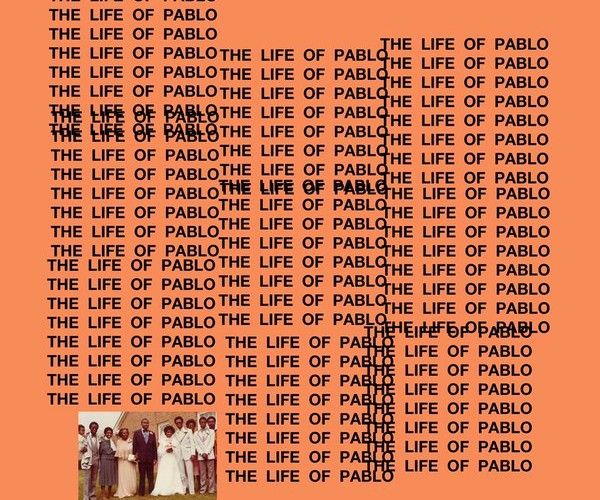 Kanye West is having a tough time right now. There’s no point in disputing that. I don’t need to regurgitate his insanely controversial tweets, or the rekindling of his beef with Taylor Swift; nearly any publication on the planet can tell you about that. Let’s talk about the music.

Here’s the issue: With Kanye, separating the artist from the art is impossible. Certain artists have done some pretty awful stuff, but their art is usually very unrelated, so their actions and statements are ignorable. With Kanye, however, he inserts his brash and controversial personality into his work more and more with each album. And yes, most people hate this: Just take a look at the comments section of any mainstream news publication when they write about Kanye. They’re certainly not talking about his production techniques.

And although typically, Kanye’s albums are pristine, perfectionist works of art, here’s the thing: “Pablo” is a huge mess. The album sequencing makes almost no sense whatsoever, there’s some definite fat that could and should have been trimmed (the second half of “30 Hours,” where he just rambles on and even takes a phone call, comes to mind, or the pointless “Low Lights” or “Silver Surfer Interlude”). This is not a perfect album by any means; Kanye has certainly done better.

However, “Pablo” is incredibly revealing. Kanye’s mental state is starting to fall apart, and it becomes very obvious with this album. Songs like “Freestyle 4,” where Kanye screams and raves in Auto-Tune over a menacing beat about having sex in public, or the end of “Feedback,” where he suddenly interrupts a “Yeezus”-style banger to exclaim “I’m the ghetto Oprah” are some clear examples.

What’s really odd is that between these moments of insanity, and some moments of crudity and spitefulness, there are moments of beauty. By this point, everyone has already lauded the album opener “Ultralight Beam” as an absolutely gorgeous gospel song, which not only features a killer Chance the Rapper verse, but also has Kanye proclaiming “This is a God dream,” and essentially pleading for God to save his soul. In the next song? He raps about getting bleach on his T-shirt in an aggressively sexual way certainly unsuitable to repeat here.

This contradiction is essential to “Pablo,” and Kanye himself. Yeezy seems to really be trying to be a better person; he’s trying to find God and be a better parent and husband (as shown in the haunting “Wolves”). Unfortunately, he keeps slipping into negativity. He may admit his shortcomings in songs such as “FML” and “Real Friends,” but he literally just joked about Taylor Swift owing him sex earlier in the album.

There’s clearly a war inside Kanye’s mind between the dark and the light. We don’t know who will win, but that’s what makes “Pablo” so intriguing. That, and the fact that at the end of the day, Kanye is still the best producer in rap. All of these songs sound incredible, from the bouncy “Fade” to the angelic, trippy “Waves,” in which he performs a feat impossible to mortal men: making Chris Brown tolerable. At the end of the day, “Pablo” is an exciting album musically, regardless of the controversial and confusing content.

So, I get why so many people attack Mr. West. He’s said some pretty awful things recently. But didn’t Jesus pay more attention to the sinners? Kanye doesn’t need derision, he needs help.

Kirk Franklin, the famed gospel singer who has had his own personal struggles, displays this perfectly in this quote from his mini-sermon at the end of “Ultralight Beam”: “You can never go too far when you can’t come back home again.” Will Kanye come home? We don’t know, but hopefully he’s on his way.

It's Not Too Late to Plan a Spring Break Adventure 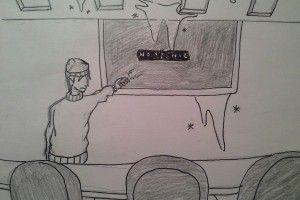 Art by Christopher ChenIt's mostly the stairs that people complain about when the CCB is brought up. But we aren't here to talk...
Copyright 2013 Jupiter Premium Magazine Theme
Back to top