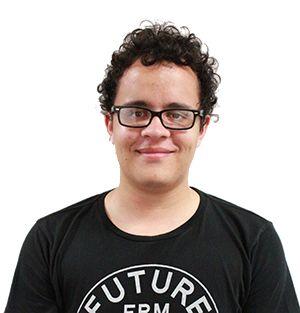 It hit me on my way to a friend’s birthday party in the suburbs of Mexico City in May 2012. I needed change. I wasn’t happy. It was then that an idea blossomed with the subtlety one would not expect from a life-changing decision.

First, let’s rewind. I was offered admission into the University of Tampa last summer, along with a hefty scholarship and an offer to be part of the Honors Program. My parents, however, forced me to apply to a prestigious school in Southern California — Pepperdine University. The cost and standards for admission seemed too high, and I had already made Florida my new home in my mind. I didn’t want to apply. I found it pointless, but after overcoming heaps of bureaucratic obstacles, my Pepperdine application was finally complete.

On Oct. 31, I was offered admission on behalf of the Seaver College Office of Admission. I couldn’t believe it. In a short two months I would start my journey as a new Wave. I took a swift 180 from Tampa to Malibu.

If you are expecting me to say how easy it has been to fit into the Pepperdine community, you will most likely be disappointed. It hasn’t been easy. Being a transfer student feels like being thrown into a marathon when the other people have a 20 km head start

At first, it was painful. I felt lost and alone, and I started questioning whether or not I had made the right decision to leave a place in which I was more than settled for something completely unknown.

It didn’t start out right. I wasn’t able to spend New Year’s Eve with my entire family back home for the first time in 20 years because I was required to attend New Student Orientation on Jan. 2. Even though the burden felt significantly lighter because my family accompanied me to LA, their presence was a double-edged sword. While I was ecstatic to have them with me during one of the most important weeks of my life, the setbacks were obvious. I avoided several group activities of NSO because of wanting to spend more time with my family. It took a toll on my potential new friendships.

When school began, a heavy workload made things easier. It was the perfect excuse for my social ineptitude. I tried to change things, I really did, but you can only text “Do you know if anything’s going on today?” without a response so many times.

It was worth it because Pepperdine is the first step in a journey of a thousand miles that culminates in success. That first step is the most important one I have ever taken, and, as the great Ron Swanson would say: “I regret nothing, the end.” 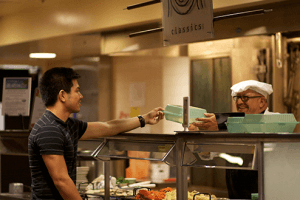 Photo by Sacha Irick In a drive to “turn the tides” on the school’s lackluster history of environmentalism, reusable...
Copyright 2018 Pepperdine Graphic
Back to top