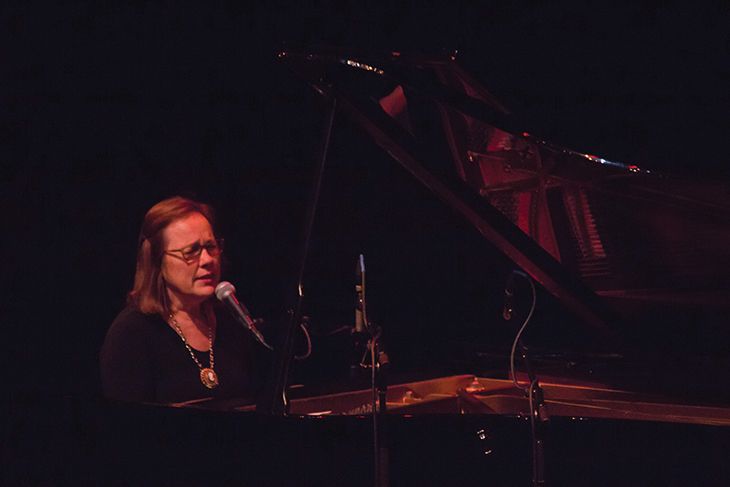 Iris DeMent performed recently at Smothers Theatre, her bright red and polka-dot platform heels reflecting the stage lights as she pressed the piano pedals down while playing.

DeMent, who performed for a Pepperdine audience on Sept. 29, is a Grammy-nominated singer-songwriter, mostly sang songs from her newest album, “The Trackless Woods,” melodies that she put to the poetry of Anna Akhmatova, a Russian poet.

“She makes you stop and get in touch with something,” Barry Tavlin, a 67-year-old from Marina del Rey, said. “It’s soulful and it’s real. It’s human, soulful stuff.”

Onstage, DeMent said that her love for Akhmatova’s poetry began after she adopted her daughter from Russia and a friend gave her a book of Russian poems as a gift.

Her love for this Russian poetry and folk singing collided perfectly in one of her songs “From An Airplane,” something she described as one of Akhmatova’s works with a Johnny Cash vibe.

She played piano and sang with a bassist and an electric guitarist/pedal steel player, her songs varying somewhere between folk and country music.

Between sentences, DeMent played rolling chords on the piano as she spoke to the audience, told jokes and introduced different songs.

“I loved her sense of humor,” Rebecca Carson, managing director of the Lisa Smith Wengler Center for the Arts, said. “She made this very funny joke about how beautiful it is here … and how it made her kind of uncomfortable as a folk singer because folk singers don’t like things to be too nice.”

She sang some of her original songs as well, songs ranging from slow and soulful to upbeat and cheerful.

“On a deeper level, I really appreciated her songs about her mom,” Carson said. “I thought that was something really profound and something a lot of us can relate to.”

At the end of her performance, the audience cheered, pulling her out to the stage for an encore to perform one of her older songs, “My Life.”

DeMent has several albums other than “The Trackless Woods,” such as “My Life“ and “Sing the Delta,” which contain her original songs.

She is performing at various venues up and down the West Coast this November. 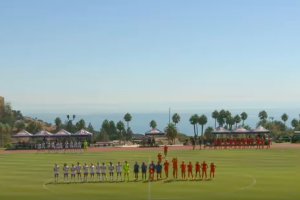 Photo courtesy of Sports Waves No. 25 Pepperdine women’s soccer upset No. 5 BYU 1-0 in a shutout at Tari Frahm Rokus...
Copyright 2018 Pepperdine Graphic
Back to top