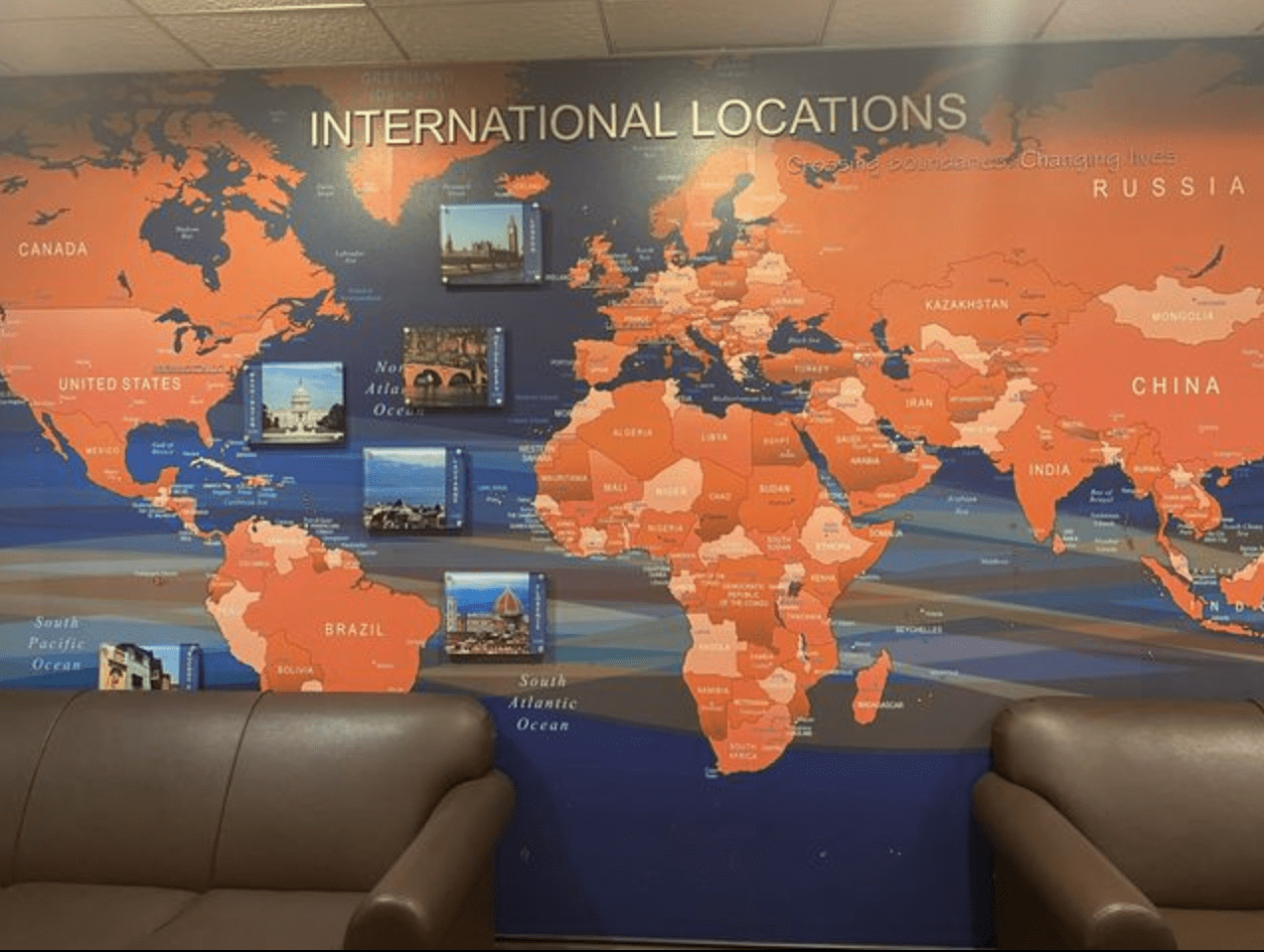 First-year Rebecca Barish always wanted to go to Switzerland and said she believed studying abroad in Lausanne would be the perfect opportunity. After a strenuous application and weeks of waiting, Barish learned Oct. 15 that IP waitlisted her for the Lausanne 2022-23 academic year program.

IP’s waitlisted students hold hopes of getting into their first, second, third or even sixth choice of programs, while accepted students work with family and advisers to create plans for their future abroad.

“I’m just very hopeful that I’ll be able to go, and if I don’t, it’s not the end of the world,” Barish said. “But that’s an opportunity I want to take advantage of, that I want to experience and to be able to experience with friends I’ve made. It’s a special experience — you cherish that forever.”

This year, 1,010 students applied before the priority deadline, wrote Greg Muger, director of Malibu offices for International Programs, in a Nov. 2 email to the Graphic. In 2019, 818 students applied to academic year and summer programs.

On average, IP accepted 30% of students into their first-choice programs in past years, which, using 2019 numbers, is approximately 245 out of 818 students. IP has not yet calculated data regarding final acceptance numbers for this year, Muger wrote in an Oct. 22 email to the Graphic.

Eligibility criteria for studying abroad include having a 2.5 GPA, Muger wrote, and students cannot be under probation, suspension or expulsion.

“Above and beyond what I shared about our admissions criteria, we did take into account whether a student was accepted to a previously suspended program in our IP priority application decisions,” Muger wrote.

Waitlisted Students Decide On Next Step

Barish is not the only student facing disappointment. This year, IP waitlisted 25.6% of applicants, Muger wrote — approximately 258 students.

Despite the waitlist, there are programs with room.

“From a capacity standpoint, we could have accepted all waitlisted students to a study abroad program given all our program offerings,” Muger wrote. “As a result, it’s important for students to be open to as many study abroad opportunities as possible.”

Muger wrote there are many options available to waitlisted students and strongly recommends students apply to other programs and terms through the Application Change Request form. Students who complete this form will remain on the waitlist for their original choice if not accepted into the new program.

After receiving the news, Barish said she spoke with friends who also applied to study abroad, and she would have been happy getting into her second choice, London, or third choice, Florence.

Barish said she did not fill out the Application Change Request form, however, because the other two cities she wanted to visit, Florence and London, both had long waitlists.

In a Nov. 2 email to the Graphic, Muger wrote, while waitlists change daily, the academic year programs with longer than usual waitlists are Lausanne, Florence and London.

Washington, D.C., was not an option for Barish because of major requirements, and she said she did not feel comfortable in the remaining academic year programs.

“I personally made the choice not to go to Heidelberg or Buenos Aires just because of the history of antisemitism there, and I’m Jewish, so it’s like I wouldn’t feel comfortable going there regarding my safety,” Barish said.

As of Oct. 29, Barish is still on the waitlist, she wrote in an email to the Graphic.

First-year Michael Sugimoto said he applied to Florence for the 2022-23 academic year as a part of the Global Fellows program.

In his conversations with other waitlisted students, Sugimoto said there was discouragement about the selection process.

“Overall in the students who did get waitlisted, there was a level of frustration,” Sugimoto said. “Obviously I know due to COVID and just the high number of applicants, this year was hugely competitive, and I know not everyone was going to get in and the spots are limited, but there was a lot of frustration.”

First-year Liam Zieg applied to London for the fall 2022 semester. Zieg said he felt frustrated when IP waitlisted him because he thought he was a qualified applicant.

“Our goal is for all qualified applicants to be able to study abroad,” the IP office wrote in an email to waitlisted students.

After receiving his decision, Zieg said he met with Ron Cox, associate dean of International Programs, and received clarification on what the email meant when referring to “qualified students.” This meeting helped remove some of his initial anger, he said.

Zieg said he will stay on the waitlist and is considering participating in a Semester at Sea type of program. Since filling out the Application Change Request form does not hurt his chances of getting into London, Zieg also applied to Heidelberg.

“Another big thing that I’m working on is transferring,” Zieg said. “I know that sounds so dramatic, but it was one of the biggest reasons why I came here, and if I’m not able to experience it, then why am I here?”

“It’s like a rush of excitement,” Kim said. “I’m actually gonna go be able to study abroad. There’s not much disappointment. I didn’t get into my first choice, but I felt grateful I was given the opportunity by school to go study abroad.”

First-year Talia Miller applied to the Buenos Aires program for the academic year. Miller said she received an acceptance letter from IP and is excited to live in a homestay.

“It was really important to me to actually be able to not just go somewhere like a tourist and be able to actually live and interact with people there and form relationships,” Miller said.

After receiving her acceptance, Miller said she called her parents and told them her results and spoke with her academic advisers. Miller’s advisers were congratulatory, however, sharing the news with friends is more difficult.

“With peers, it’s like a mixed response, because there were a lot of waitlists and rejections this year,” Miller said. “And so, it’s a little awkward getting in and then talking to people who didn’t get in.”

First-year Anneliese Cady said she applied to BA because she is a Hispanic Studies minor, and IP accepted her for the full academic year.

“I was hopeful before the email came in, because I heard it was less competitive than the other places, but I was still scared I wasn’t gonna get in,” Cady said. “So I was just really excited when I found out that I got in.”

Her parents, Cady said, knew one of the main reasons she chose Pepperdine was because of the University’s study abroad programs, and they were in full support.

“I love traveling internationally,” Cady said. “I’ve been in the country multiple times, and it’s just so life changing, and it’s one of those experiences I feel like I could never get tired of because there’s always something new to see and to explore.”